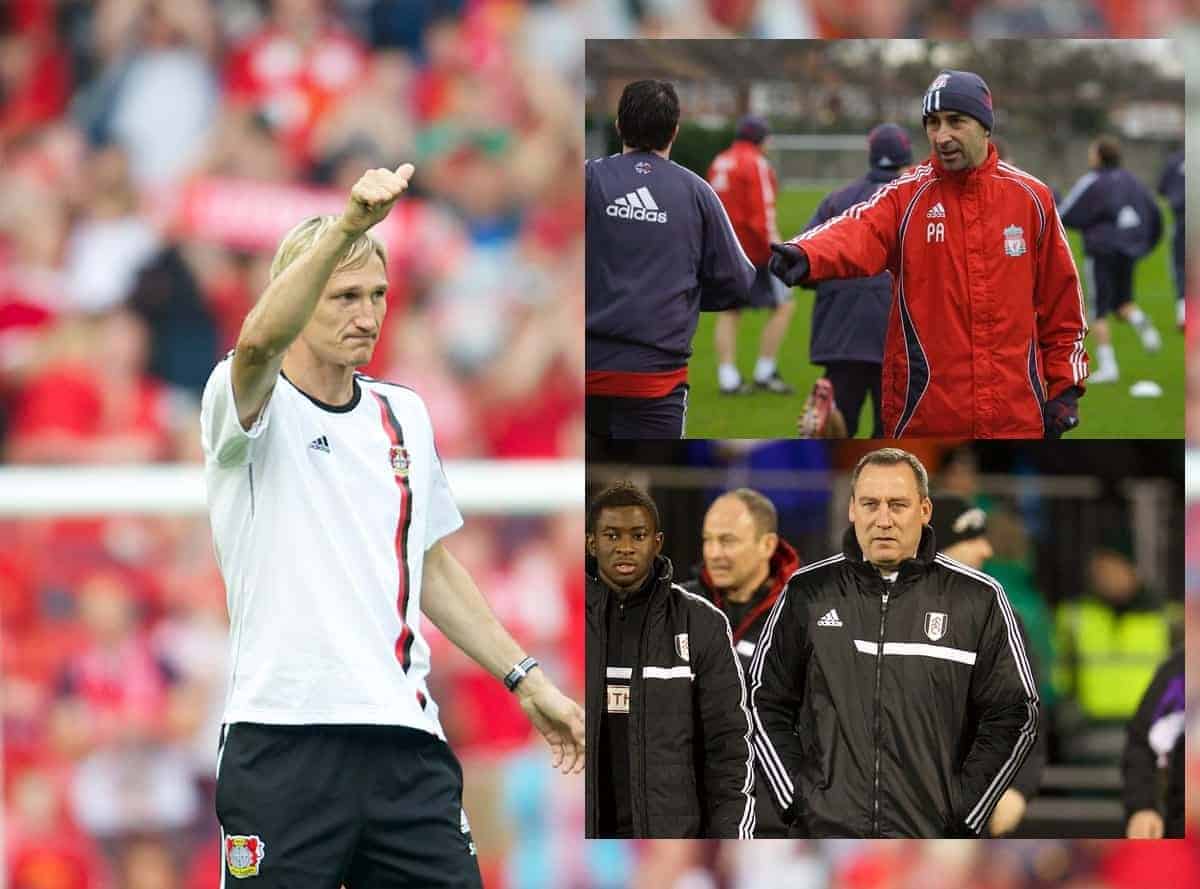 With Sami Hyypia moving to count himself into the running for the vacant positions on Brendan Rodgers’ coaching team at Liverpool, we take a look at which candidates the fans are talking about.

Following the dismissals of Mike Marsh and Colin Pascoe last week, the Reds are without a first-team coach and assistant manager, with several names having been put forward already.

“It would be great to work for a club which I love,” 41-year-old Hyypia is quoted as saying in The Guardian. “I would definitely be interested if Liverpool think I could help them. I have great memories of my time at the club.

“My rise in management was rapid and I have been thinking a lot about things while I have been out. If there were no interesting opportunities as a manager, then I would be ready to be an assistant. That sort of role would give me a lot of experience. It wouldn’t be a problem for me. I feel ready to go into football again. You look at yourself and I am enthusiastic about getting back into the game.”

Out of the former players being linked with returns to Liverpool in coaching roles, Hyypia perhaps has the most experience of them all — having managed Bayer Leverkusen and Brighton & Hove Albion. He also previously worked on the coaching team of the Finnish national side.

Rafa Benitez’s former No. 2 at Liverpool, Pako Ayesteran, has been heavily linked with a return to Anfield too, as has former Fulham boss Rene Meulensteen, though Mark Ogden of The Telegraph points out “a move for Meulensteen would prove controversial [..] with the former Manchester United first-team coach criticising Rodgers last November by claiming that his ‘biggest failure is that he’s not invested in his staff.’”

We’ve rounded up some of the reaction to Hyypia’s quotes and the other speculation surrounding the other candidates.

Let us know your thoughts on the best fits for the vacant positions at Liverpool in the comments section below.

If Pako or Hyypia arrive then we'll have the odd situation of the fans liking the assistant manager more than the actual manager.

Ayestaran, Hyypia and Meulensteen. All three are much more experienced and much better fits to be our assistant manager than Pascoe was.

You’d think that the likes of Hyypia, Pako would certainly help the team defensively, which is needed!

Hyypia might be an amazing coach, he could also be terrible. The bandwagon jumping nature of the fan base often leaves logic behind.

To those asking. Not Hyypia for me. Hasn't done well so far as a coach. Carra also worries me with his analysis sometimes. Need experience

Pako or Meulensteen would bring much needed gravitas to the club. I've always looked at Pascoe, perhaps unfairly, as just Brendan's mate.

Out of Pako Ayestaran & Rene Mulensteen, both are very good. But I'd prefer the return of Pako if its possible. #LFC