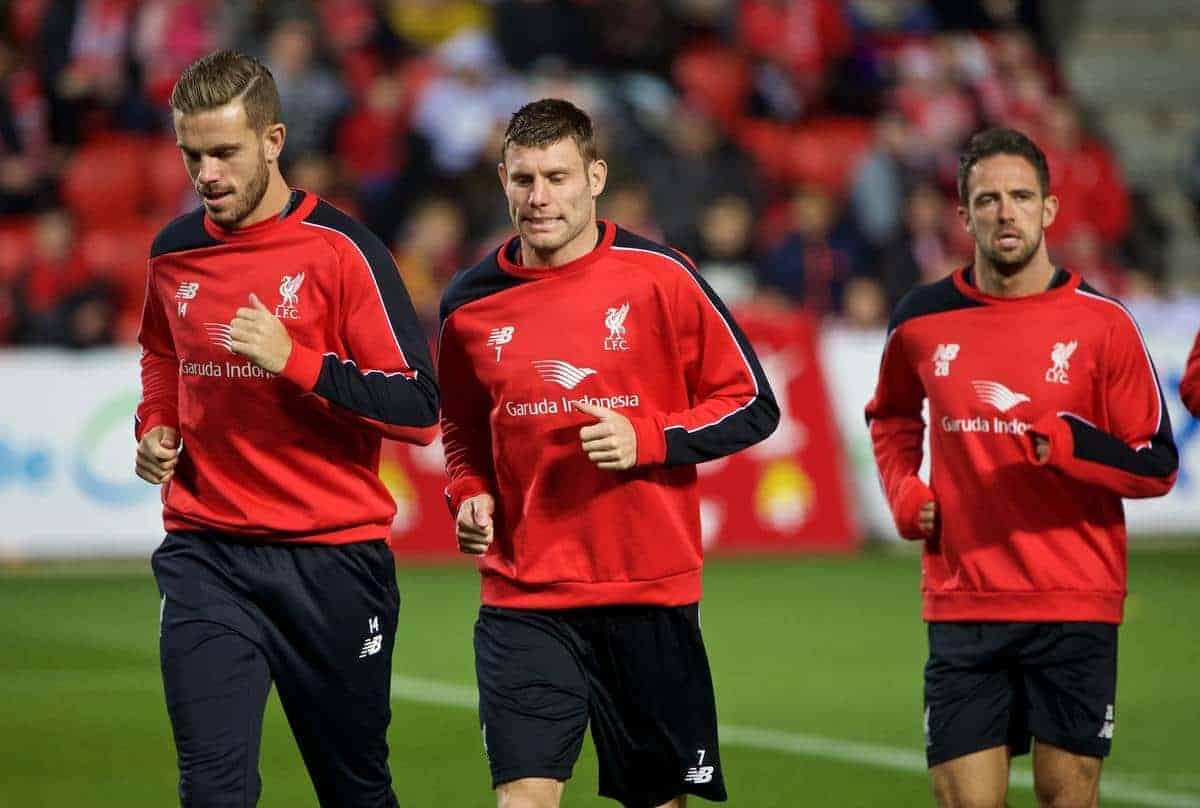 Brendan Rodgers has named a familiar starting lineup for Liverpool’s pre-season clash with Adelaide United, with just three changes from their last outing. With Liverpool set to take on A-League side Adelaide United at the Adelaide Oval on Monday, Brendan Rodgers has named another strong starting lineup.

The Reds’ trip to the Oval is the third clash of their pre-season tour of the Far East and Australia, and Rodgers looks set to hone his first-choice XI for the season ahead.

The 42-year-old has made just three changes to the team that lined out against Brisbane Roar on Friday.

Dejan Lovren comes in for Mamadou Sakho to partner Martin Skrtel in a back line which features Nathaniel Clyne at right-back and Joe Gomez at left-back.

Jordon Ibe, impressive in a second-half cameo against the Roar, returns to the starting lineup in place of Danny Ings.

There is still no place in Rodgers’ first team for Alberto Moreno, who returned to full training just before Friday’s clash.

Rickie Lambert misses out after sustaining an injury during training.

Kick-off is at 10:30am (BST), follow This is Anfield for live updates throughout the day.