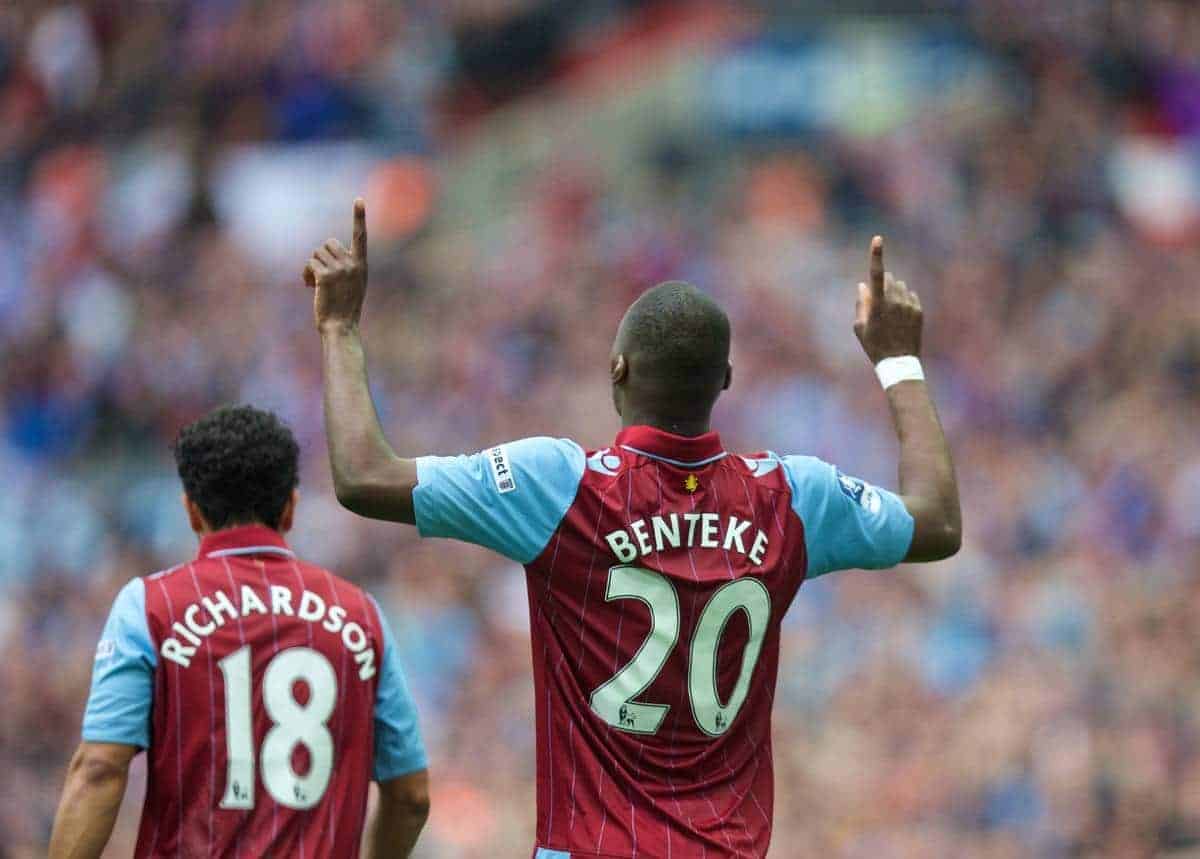 Liverpool’s imminent £32.5m signing Christian Benteke has been backed to fire his new club to major trophies and into the Champions League.

Leekens was a mentor to Benteke after handing him his international debut in 2010 and managed him at international level for two years. He also managed him for a season at Belgian club side Kortrijk in 2009-10, where Benteke scored 15 goals in 34 games.

They have retained a close relationship. The Belgium press dubbed Benteke ‘the son of Leekens’ in the past and the pair have remained in touch.

Leekens told This Is Anfield: “Liverpool is definitely the right club for him. He is going to improve further over the next two years – he will be formidable. I’m sure he can fire Liverpool back into the Champions League and to lift major silverware.

“He works hard and will bring a lot to Liverpool’s play. I’m sure the Liverpool fans will warm to him. He has big qualities.

“He can play with his back to goal, has great control and he’s very fast. He’s good in the air but is actually better suited to having the ball played on the floor.

“He is big and tall and holds up the ball well, he is a tremendous player. But there is much more to his game than just being a goal scorer. He can turn and go and will draw in two or three defenders to give more space and freedom to players such as Coutinho and Fimino.”

Leekens also rubbished fears that his fellow countryman was injury-prone, despite him being sidelined for six months after rupturing his Achilles last year.

“He is not injury prone. He looks after himself off the pitch and works hard to keep fit.”

The Belgium international was Rodgers’ No. 1 striking target this summer after causing the Liverpool defence problems over the past few seasons and notching 49 goals in 101 appearances for Aston Villa.

The Reds finally agreed to meet the hitman’s release clause following weeks of negotiating, with Villa refusing to lower their demands. The transfer fee represents the second largest ever paid out by the club, with Andy Carroll’s £35m transfer from Newcastle the only player to have cost more.