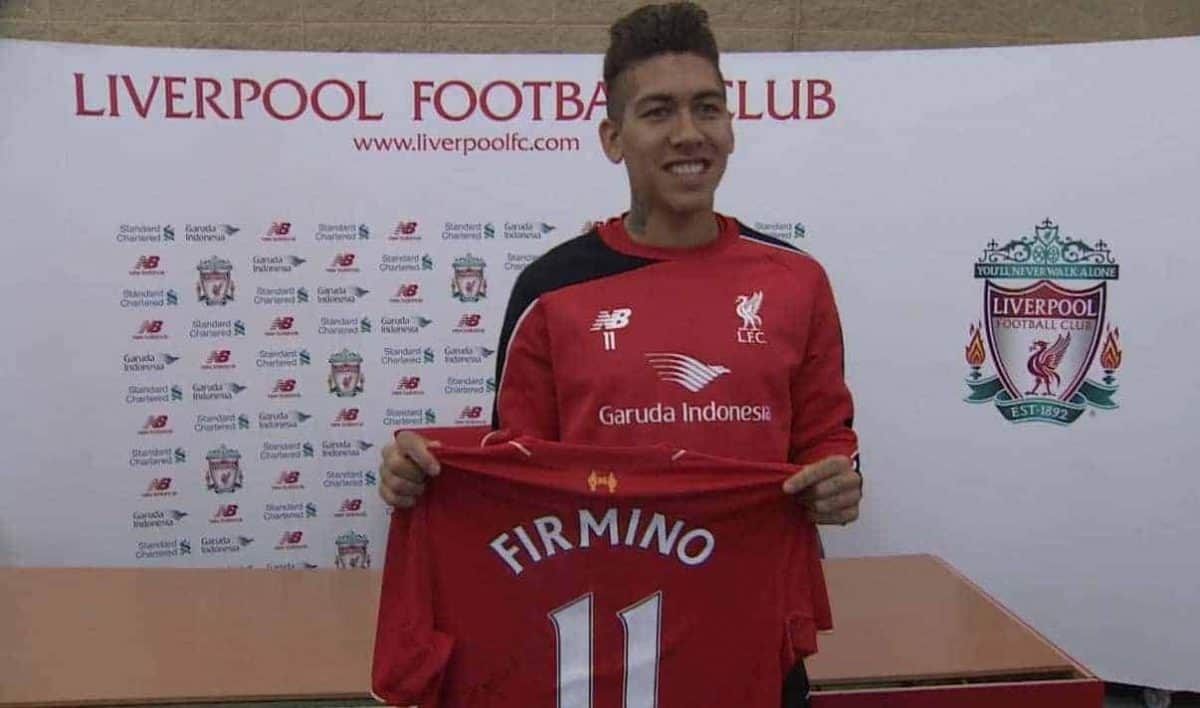 The 23-year-old forward is one of seven new faces at the club after signing from Hoffenheim in a B£29million deal last month.

Firmino has now started training at the club’s Melwood base and believes he will soon adapt to the demands of the English game.

Firmino, who was not taken on the club’s pre-season tour of Australia and the Far East because of his involvement in the Copa America earlier this summer, said: “Without a doubt, German football, where I’ve played for nearly five years, is very similar – maybe just a little less tough than English football. I’m confident I’ll be just fine here.”

Firmino will link up with another member of the Brazil squad at Liverpool in Philippe Coutinho, and he says he spoke to his compatriot for advice before making the move.

“He was very helpful although it was ultimately my decision,” Firmino told the club’s website, www.liverpoolfc.com.

“I wanted to know more about how it works here and he had some very good things to tell me.

“He’s a great character and I hope we can nurture our friendship at Liverpool.”

Firmino is excited by the challenge ahead at Liverpool and believes he is joining a high-quality squad.

He said: “It’s a unique opportunity. I could say Liverpool is the first big club I will play for. It’s a massive chance for me to show what I can do.

“Although it’s a young team, there’s a lot of experience and quality in it. Each and every one of the players must do their best to have the chance to play and win games as a consequence.”