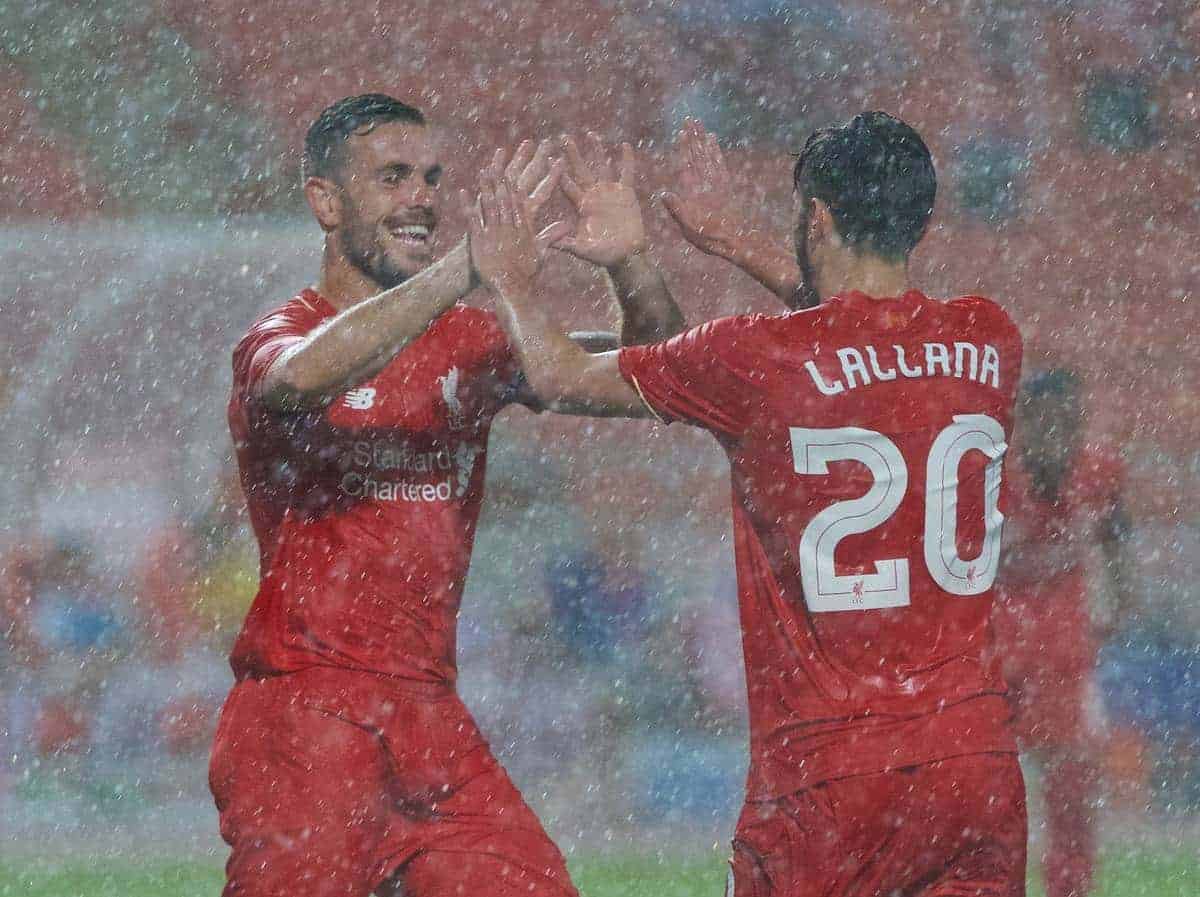 Jordan Henderson spoke of the importance of starting pre-season well after Liverpool’s 4-0 victory over True Thai All Stars in Bangkok on Tuesday.

The new Liverpool captain played the second half of the friendly and lifted his first trophy as Reds skipper, albeit the ‘True Super Trophy’.

The 25-year-old told the club’s official website after the game he was delighted with the side’s fitness so early in the summer.

“It’s important that in the first game we’re making sure we’re starting well,” he said.

“In terms of physically and tactically as well, and technically, everything in one go.

“And I felt as though we did that today. We had a plan from the start and it worked, so we’ve just got to keep building from there.

“Probably the most important thing is physical [fitness], trying to get in the best shape we can, and it was a good performance, a good result in the end, but we need to just keep pushing on.

“We’re going straight to Australia now. We’ll have a big sleep on the plane and then when we get there it’ll be all go again in terms of training and getting ready for the next game.

“But we’re enjoying it and that’s the main thing so hopefully we can just keep going from here until the end of the tour and prepare as best we can.”

Summer signings Danny Ings, Nathaniel Clyne, Joe Gomez, James Milner and Adam Bogdan all made their first appearances for Liverpool, as well as Divock Origi, and Henderson says they’re all integrating into the squad well.

“I think everybody’s settled in really well, we’ve got a good group of players but also people as well,” he added.

“Everybody’s helping each other settle in and I think these two weeks it’s important to get everyone together away and do a little bit of bonding and then when we get back we’ll be flying.”

Which of Liverpool’s new signings impressed you the most? Let us know your thoughts in the comments section below.