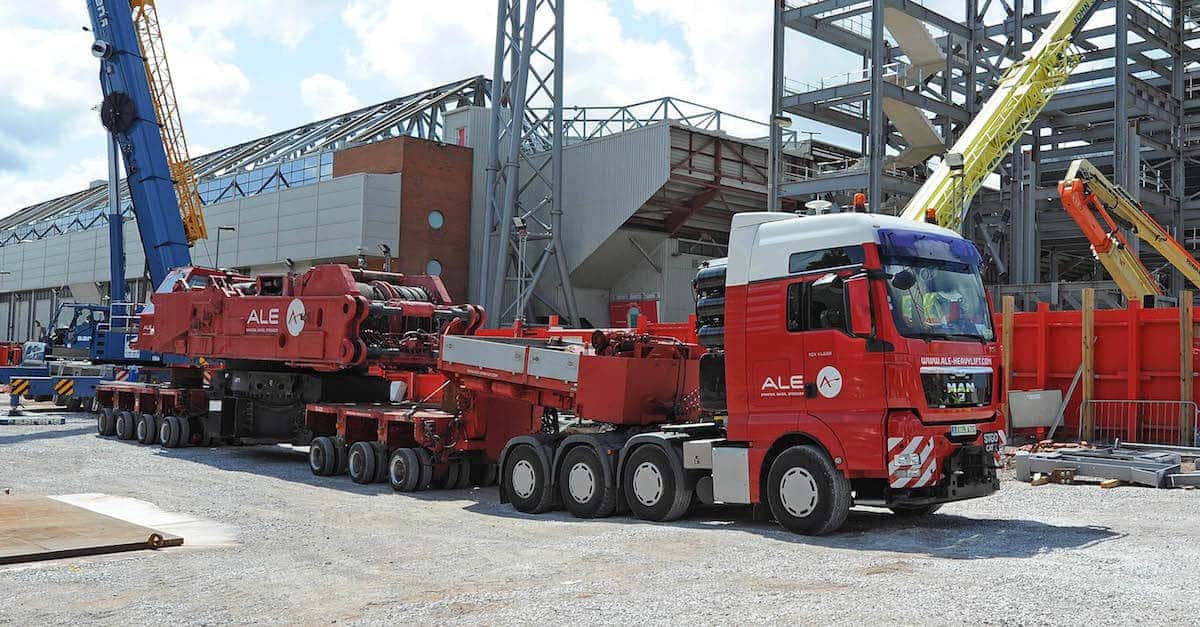 Anfield Stadium is set to become home to two of the UK’s largest cranes, as work to expand the Main Stand prepares to reach an important milestone.

The 252ft-high AK680 and AK912 have begun arriving in the city, ahead of lifting a 650 tonne roof truss over Liverpool Football Club’s iconic home.

LFC announced the redevelopment of Anfield Stadium in December 2014 and plans to add around 8,500 seats, taking the Main Stand capacity to over 20,000 and increasing the overall capacity of Anfield to around 54,000.

The giant cranes, each capable of lifting up to 1200tonnes, will operate in tandem to raise the truss above the Main Stand’s new structure, before lowering it onto two recently erected towers – completing one of the most complex parts of the build programme.

The first sections of the cranes, which will be assembled by engineers on site over the next few weeks, were delivered to Anfield on Thursday in preparation for the lift.

“The arrival of these huge cranes is a real sign of the progress being made here at Anfield and following meticulous planning, it is fantastic to see it coming together. The roof lift is a vital part of our programme to build an expanded Main Stand and we’ve called on the biggest cranes in the country to complete this crucial task.”

The lift, which is subject to wind conditions and expected to take place ahead of the start of the 2015/2016 season and follows months of planning by Carillion, the Club’s construction partner.

The AK680 and AK912 operate on construction projects all over the world from Argentina to Thailand; previous lifts in the UK have included the London 2012 Olympic Park and Wembley Stadium.

The Main Stand expansion project remains on target for completion during the 2016/17 season, with the redeveloped Stand set to comprise three tiers and the existing lower tier re-profiled to accommodate a widened player tunnel, new team benches, media platform and wheelchair viewing positions.