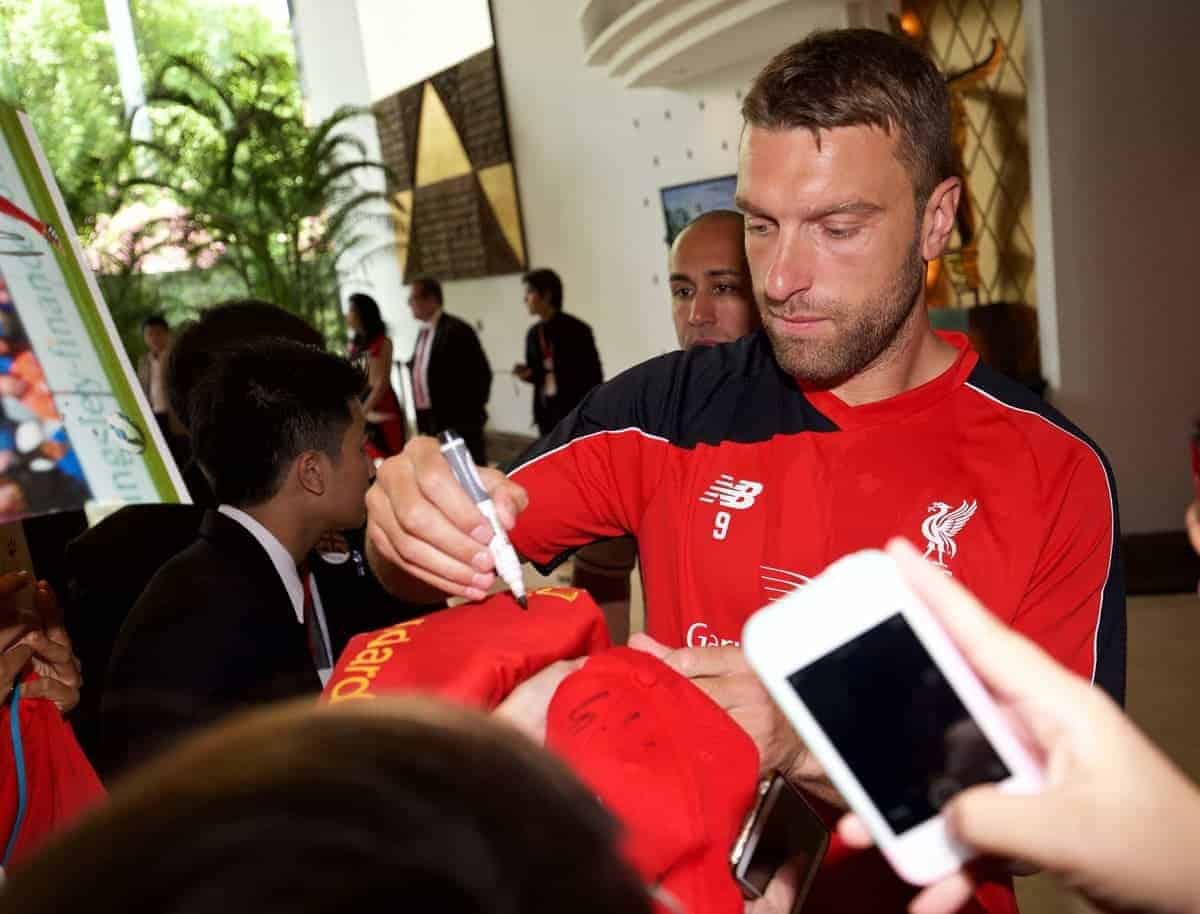 The 33-year-old has been linked with a number of Premier League clubs this summer after a disappointing first season at Anfield.

Lambert made 36 appearances in all competitions for the Reds following his move from Southampton last summer, finding the back of the net just three times.

Reports earlier this month suggested West Brom were set to table a £3 million bid for Lambert, and now Pulis says he could be the man to bring goals to his team.

“Rickie is available,” Pulis is quoted by FourFourTwo as saying.

“It’s very important that we get players who will score goals. Rickie’s got a great goalscoring record.

“From what I can gather from people at Liverpool his fitness levels are very, very good, and he is desperate to play football.

“He didn’t play last year, so it’s like bringing a brand new car out of the garage if we did sign him.

“Just putting a bit of petrol in it and letting it run.”

Bill Howell of the Birmingham Mail claims “everything appears likely for a deal to be struck over the next 72 to 96 hours.”

Liverpool have bolstered their attacking options this summer with the signings of Christian Benteke and Danny Ings and the arrival of Divock Origi to compliment England international Daniel Sturridge.

Lambert, Fabio Borini and Mario Balotelli remain on Liverpool’s books, but all three are expected to find new clubs this summer.