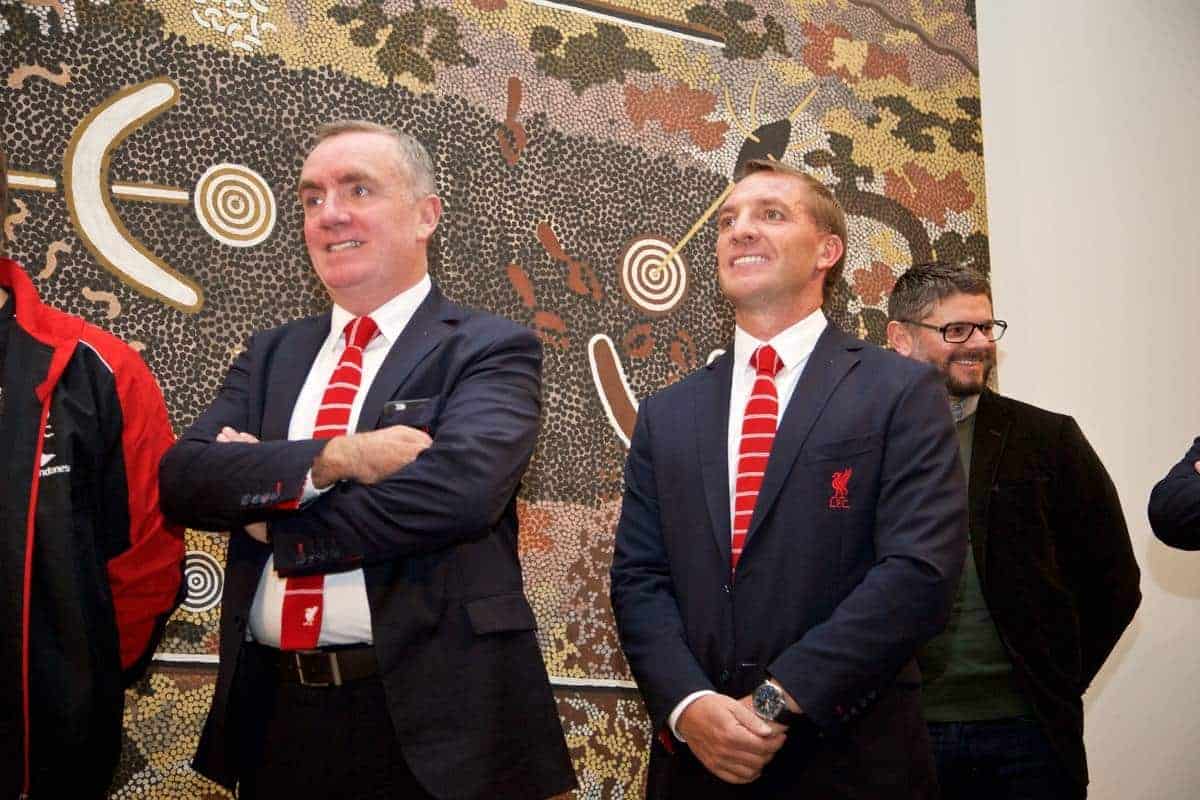 Liverpool chief executive Ian Ayre says Liverpool have met all of the objectives outlined by Brendan Rodgers for the summer.

The Reds have signed seven new players – including No. 1 target Christian Benteke.

The club moved swiftly to replace the out of contract duo of Steven Gerrard and Glen Johnson, while Roberto Firmino arrived to replace Raheem Sterling.

“We set out a plan with Brendan at the start of the summer,” explained Ayre on Sky Sports News. “The objectives that the manager wanted to achieve, we’ve achieved all of them, so we’re very pleased with the way the summer’s gone.

It’s a stark contrast to previous summers where Liverpool have missed out on their top targets, and been left scrambling for late purchases after the opening day. Instead, this year, they got who they wanted and are all in place well before the season begins.

“It’s been kind to us this year. It’s interesting, we don’t do anything different any year, sometimes the cards fall in your favour and sometimes they don’t. We’ve very pleased with the outcome.”

There were claims earlier in the summer, after the much hyped “comprehensive end-of-season review” that changes had taken place behind the scenes to expediate the recruitment process – and give Rodgers greater control over who the club signed.

The boss has clearly favoured domestic signings, with Danny Ings, Benteke, Nathaniel Clyne and James Milner all bringing with them a wealth of Premier League experience.

Liverpool have spent around £74 million this summer, but recouped £54 million so far – and that’s without any money raised from selling unwanted trio Jose Enrique, Fabio Borini and Mario Balotelli.