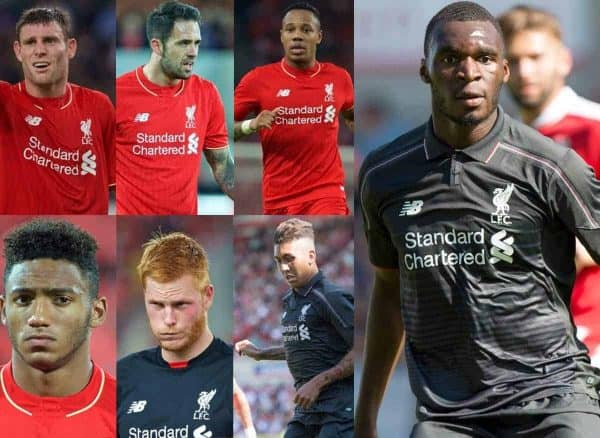 Former Liverpool midfielder Danny Murphy says Liverpool’s squad looks “much healthier than it did” as the countdown to the new season begins.

Liverpool have invested £73.5 million in senior players this summer, plus the arrival of Divock Origi who signed last summer but spent 2014/15 on loan at Lille.

With Christian Benteke and Danny Ings adding firepower and options alongside Daniel Sturridge and Origi in attack, Liverpool have certainly upgraded on Rickie Lambert, Mario Balotelli and Fabio Borini last season — though the latter two remain on the Reds’ books for now.

James Milner may well turn out to be the perfect replacement for Steven Gerrard in the middle of Liverpool’s midfield, whilst the acquisitions of Nathaniel Clyne, Joe Gomez and Adam Bogdan sure up the defence.

“I’m feeling very positive about Liverpool’s season,” Murphy, who scored 44 goals in 249 appearances for the Reds between 1997-2004, told talkSPORT.

“The signings last summer were a bit rushed after [Luis] Suarez’s exit and some of them obviously haven’t worked, but when you look at it now… their squad looks a lot healthier than it did.

“I really like Benteke, I think he’s got some brilliant attributes to play that role and with the creativity behind him I think he’ll get a lot of chances and will score a lot of goals.

“Milner was an astute signing as well, to add some experience and legs to the midfield with the departure of Stevie G – though I’m not saying he is Stevie G, far from it.

“Also, [Nathaniel] Clyne is a full-back who can defend and attack, he’ll get forward and provide some ammunition for Benteke, the squad just looks far more balanced.”

How happy are you with Liverpool’s activity in the transfer market this summer? Let us know in the comments below, or on Twitter: Follow @thisisanfield