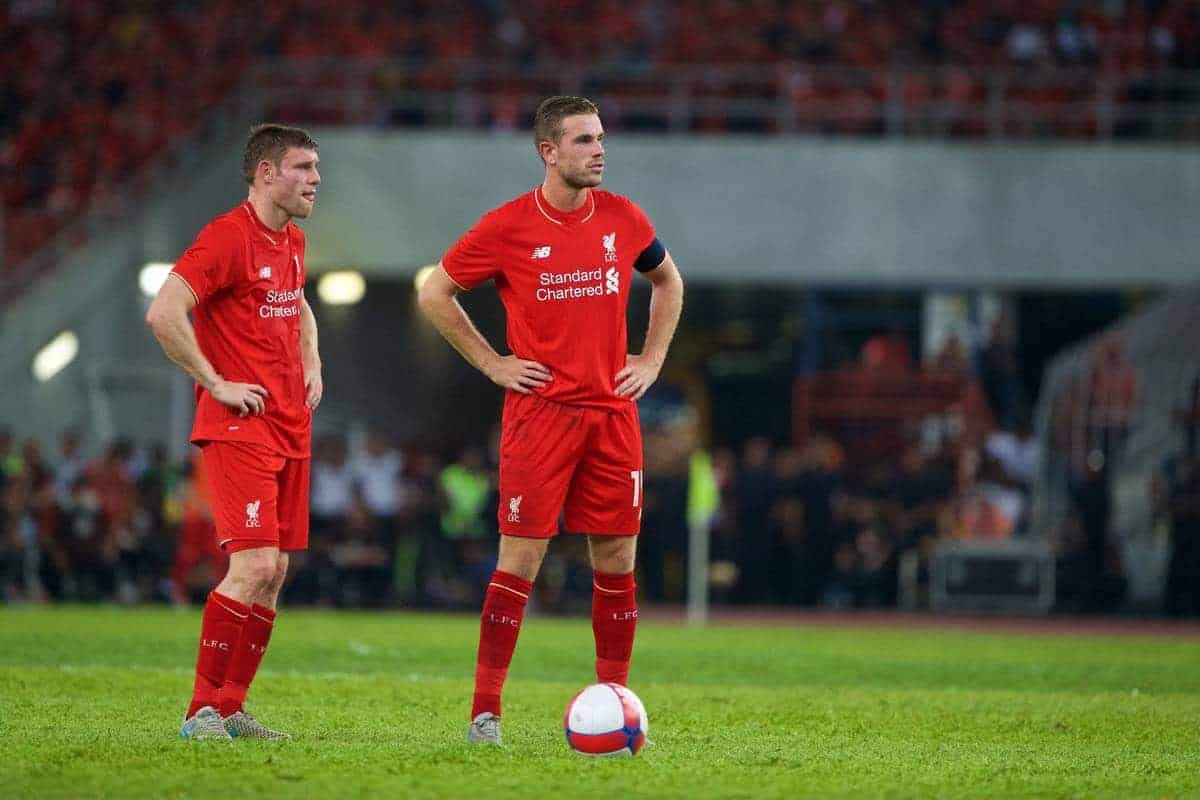 Liverpool captain Jordan Henderson has been cleared of any major injury issues, but may not be risked in Monday night’s clash with Arsenal. After limping off midway through Liverpool’s 1-0 win over AFC Bournemouth on Monday night, Jordan Henderson may miss the Reds’ upcoming clash away to Arsenal.

This is despite the captain not suffering any major damage, as previously feared.

According to James Pearce of the Liverpool Echo, Brendan Rodgers may consider resting the 25-year-old in order to preserve his long-term fitness.

“The England international has played no part in training at Melwood this week.”

The club’s medical staff believed Henderson could have broken a bone in his foot, but scans conducted following the Anfield victory returned positive results.

However, Pearce believes that Henderson could still miss Liverpool’s trip to north London.

“Henderson now faces a race against time to prove his fitness ahead of the crunch trip to the capital,” he continued.

“Medical staff retain hope he will respond positively to further treatment over the coming days but unless there is a significant improvement then Henderson won’t be risked.”

If Henderson misses Monday night’s Emirates Stadium tie, German midfielder Emre Can is expected to take his place in midfield alongside James Milner, who would assume Henderson’s captaincy.

Losing Henderson would be a considerable blow to Liverpool’s chances, but Rodgers’ decision will be made with long-term stability in mind.