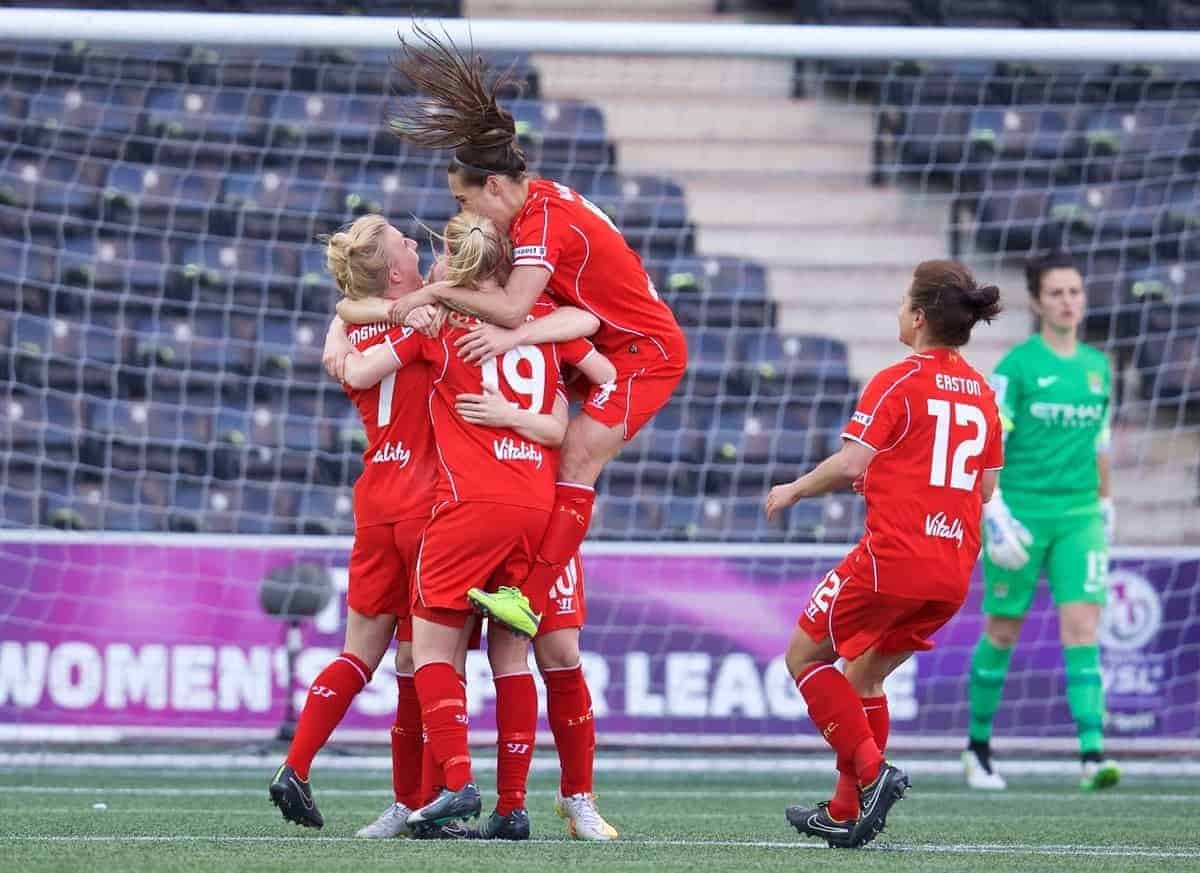 During the summer transfer window Matt Beard made just the one addition to his squad with New Zealand international Rosie White (above) signing her first professional contract, the forward moving to the Reds from the University of California.

White was one of a trio of Reds to feature in the Women’s World Cup, making two appearances from the bench – against host nation Canada and China – in Group A. Former Liverpool player Sarah Gregorius also featured for New Zealand, playing in three games as they exited at the group stage.

Asisat Oshoala and Nigeria also left the tournament after finishing bottom of Group D, the so-called ‘Group of Death’ which also featured USA, Australia and Sweden. Oshoala scored on her World Cup debut in the thrilling 3-3 draw with the Swedes but unfortunately for the Nigerians that was the be the only point won and they crashed out following defeats to the US and Australia.

England and Fara Williams almost made it all the way to the final, exceeding all expectations laid on Mark Sampson’s side, beaten in the semi-final by Japan after a cruel last-minute own goal from Notts County defender Laura Bassett. Williams was in great form as England went from strength to strength throughout the competition, scoring 3 goals from the penalty spot including crucial spot kicks in both the semi-final and the third place play-off – the latter earning England a well-deserved bronze medal against the much-fancied, and world no.1, Germany.

The USA were the eventual winners, beating Japan 5-2 in the final with Carli Lloyd scoring an exceptional hat-trick in the opening 17 minutes. Another former red was amongst the US squad, Whitney Engen, but the defender did not make an appearance as Becky Sauerbrunn and Julie Johnston proved to be the central defence pairing of choice.

The FA Women’s Super League resumed just over a week after England picked up the bronze medal at the World Cup and Fara Williams carried her form from the tournament with her into this game, a sublime strike giving Liverpool the lead after good hold up play by Natasha Dowie. Williams then turned provider as her corner was nodded over the line by Becky Easton, scoring her first goal for the club.

Arsenal rallied briefly in the second half as substitute Natalia neatly lobbed the ball over Libby Stout to pull a goal back for the home side, but Asisat Oshoala was not to be outdone at the other end and secured the 3 points for the Reds with a lob of her own after being set up by Dowie.

County’s Jess Clarke scored both of the visitors goals, either side of Rosie White’s first strike for Liverpool; Fara Wiliams’ clever free kick found Kate Longhurst, her shot was blocked only as far as White who prodded home the rebound.

With the score tied at 1-1, Oshoala had a great chance to put the Reds ahead only for a great save from on-loan goalkeeper Siobhan Chamberlain. Chamberlain also denied Dowie twice.

Liverpool’s misery was compounded further due to three key players leaving the field injured, Satara Murray substituted at the break, Asisat Oshoala needing to be replaced five minutes into the second half and Fara Williams leaving the pitch on 80 minutes – with Liverpool have to play the final 10 with 10 players as they had made three substitutions. All three have been ruled out for 6-8 weeks and will return during the latter stages of the league season.

The top half of the WSL table has seen some interesting results so far this half of the season, including Sunderland Ladies 4-0 thumping of previous league leaders Chelsea Ladies.

Liverpool unfortunately couldn’t capitalise on these results, conceding a first half penalty to Birmingham’s Karen Carney – the referee judging Martha Harris to have handled inside the area – and unable to find a way back into the game.

Matt Beard’s side are currently 6th in the table, 9 points from 1st place but with a game in hand against Manchester City and home ties still to play against Chelsea and Arsenal Ladies

With Everton Ladies relegated to WSL2 for the 2015 league season, this Continental Cup tie provided the chance for an eagerly anticipated Merseyside derby and Liverpool did not disappoint.

Natasha Dowie twice capitalised on defensive errors by the Blues either side of half-time, her first strike a tap-in from within the 6-yard box following a poor back pass and the second a well-struck volley after Everton failed to clear the ball. Dowie has now scored seven goals against Everton since making the move across to Liverpool in 2012.

Coming 4 days after the disappointing league defeat away at Sunderland, the Cup once against proved a welcome respite as Liverpool secured three points with three goals against Doncaster Belles. The Belles currently sit top of WSL2 and are favourites to win promotion to the top tier for next season.

Dowie once again opened the scoring, being set up by Rosie White, before Lucy Staniforth scored straight from a corner kick to make it 2-0. The Belles threatened briefly but Liverpool defended well with three at the back in Gemma Bonner, Becky Easton and Corina Schroder, Libby Stout also displaying brave goalkeeping and a couple of quick reaction saves.

Ashley Hodson came off the bench in the second half to score the Reds third and final goal, the young striker a product of the Liverpool Academy and netting her first senior goal after a stunning season for the development side – scoring 16 in nine appearances before a knee injury cut her campaign short.

Liverpool sit 2nd in their Continental Cup group on goal difference only, with games still to be played against Durham WFC, Sunderland Ladies and Manchester City. The top two from each regional group will progress the the quarter-finals, along with the two best third placed sides.

The Reds now have a short break before their next game, an away trip to top-of-the-league Sunderland Ladies on Saturday 8th August. Their next home game will be the Continental Cup tie against Durham WFC at Select Security Stadium on Saturday 15th August, 5:30pm kick-off. Half season tickets for Liverpool are available via the official website, priced at just £15 for adults.