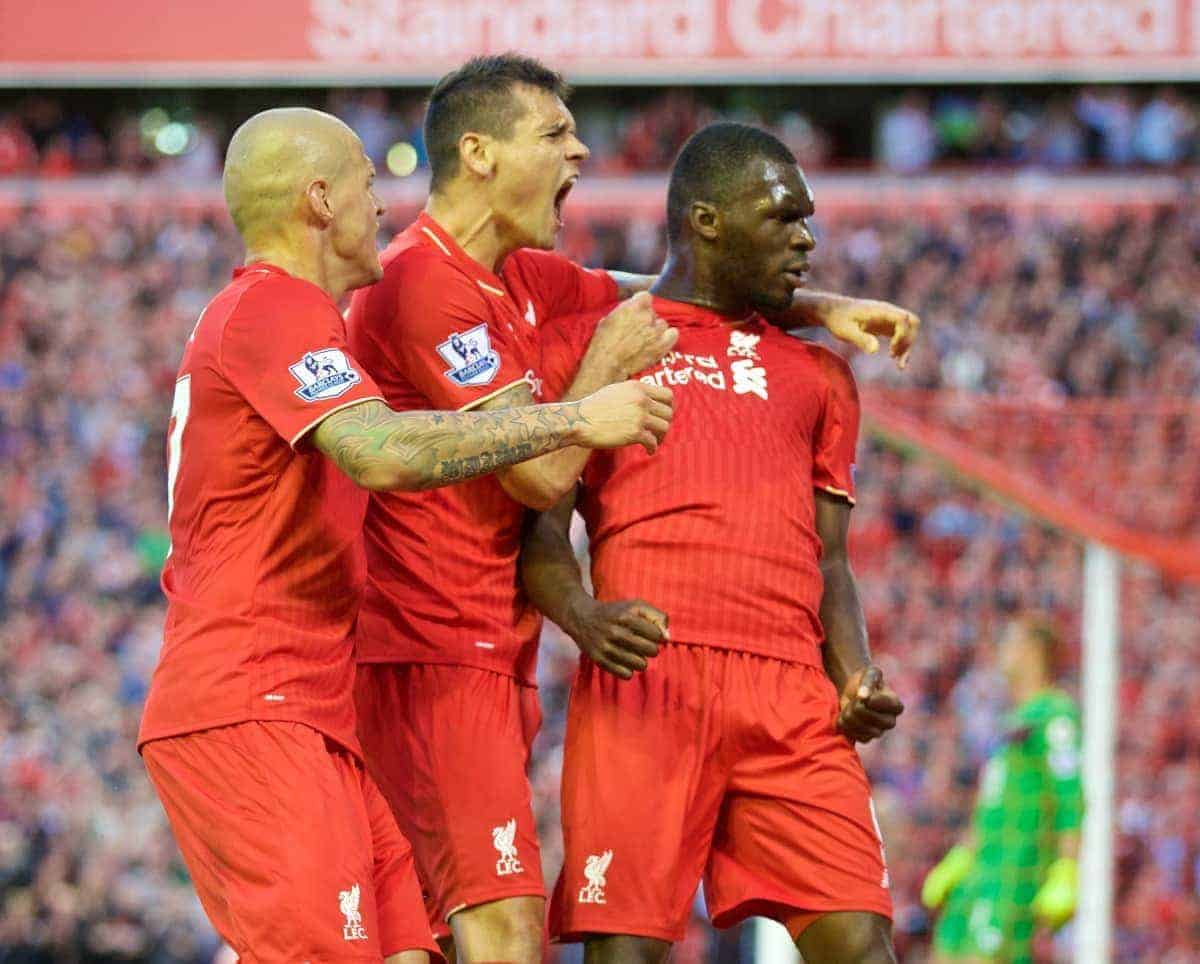 Liverpool edged out Bournemouth at Anfield on Monday night, and we take a look at how the morning newspapers reacted to the victory.

The performance may have been far from fluent, but to pick up another three points when the side is this rusty can only be a good thing.

Christian Benteke’s goal on his home debut proved to be the winner on the night, as Liverpool recorded their second 1-0 win in succession.

Bigger tests will come, not least at Arsenal next Monday, but in terms of giving the season momentum, this has been a good start to the campaign by the Reds.

Here is how the morning newspapers saw the game.

James Pearce of the Liverpool Echo, on Liverpool’s more gritty side to their game in 2015/16:

It was far from convincing from Brendan Rodgers’ side but just as they did at Stoke six days earlier they earned a scrappy victory.

But unlike last season, when during their sorry demise they were an embarrassing soft touch, there is now a much greater backbone to the side.

The £80million spending spree Rodgers embarked upon hasn’t only added quality but also a welcome injection of steel.

Liverpool have recaptured the art of grinding out results with successive clean sheets. It was October last season before they managed back to back wins.

Ian Herbert of the Independent also felt the Reds looked a bit lacking, but emphasized how crucial another victory was for the hosts:

The Anfield Main Stand was a metaphor what we saw in the football team assembled to play beneath it. A work-in-progress, still a full season from completion, with some shiny new steel in position but jagged remnants of the old parts, too – yet to be dismembered.

The six points are the monumentally significant part for the home team of course, relieving pressure from the manager who joined battle for this campaign with most to prove after the unravelling of last Spring. And who has Arsenal up next.

The Daily Telegraph‘s Chris Bascombe focussed on Benteke’s performance, stating that the Belgian has given Brendan Rodgers’ side a new dimension:

To put it into perspective Christian Benteke has now equalled Mario Balotelli’s Premier League goal record for Liverpool. John W Henry, on Merseyside to monitor progress on and off the pitch in the shadow of the emerging £100?million Main Stand, will know he has not signed the next Luis Suárez, but he has not squandered cash on another dud.

Liverpool and Rodgers will be all the better for showing a different face, as long as the style has not been abandoned entirely.

Liverpool look better for being tougher to beat. Unlike a year ago, they have goalscorer to hide their blemishes.

So many Liverpool full-backs have come and gone, many arriving with spectacular goals that camouflaged the fact they were hopeless defenders. Clyne immediately endeared himself to The Kop with his defensive capacities, outsprinting and overpowering Bournemouth attackers at a point when the rest of his side was struggling in the early stages.

The millions wasted on Liverpool full-backs would make every Anfield accountant weep. They should sleep easier after Clyne’s early performances.

Joe Mewis of the Mirror was impressed by Jordan Henderson‘s display in the middle of the park, prior to leaving the field with a foot injury: [td_ad_box spot_id=“custom_ad_3″]

With four new players making their full Anfield debuts it was perhaps easy to forget that Jordan Henderson was leading the Reds out at Anfield as club captain for the first-time.

His ball for the goal was a horrible one to defend – rasping across the face of goal, curling inwards and just needed a touch to go in. He then almost doubled the lead moments later with a viscous dipping shot as he led by example in the manner of his predecessor in the captain’s armband.

A cautious Brendan Rodgers removed his skipper after 51 minutes as he looked to have picked up a knock, but not before the former Sunderland man’s assured performance showed that Rodgers was right to hand him the armband.

Next up for Liverpool is that aforementioned clash at Arsenal on 24th August ((8pm kick-off GMT), before they host West Ham at Anfield five days later (3pm kick-off).