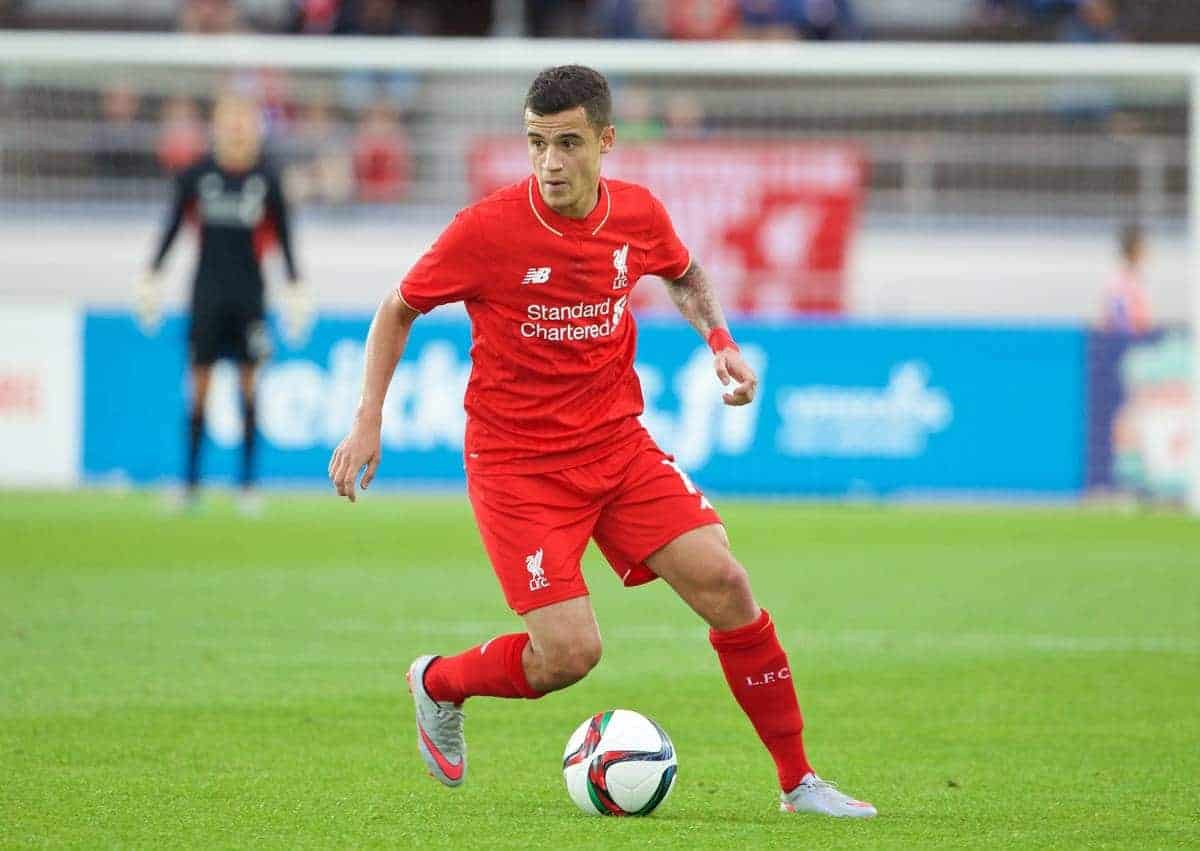 He was Liverpool’s matchwinner on Sunday but Philippe Coutinho has bizarrely been dropped by Brazil coach Dunga for their internationals next month.

In fact, days after Brazilian legend Kaka said that Coutinho can be a “very important player for Liverpool and Brazil”, it’s Kaka who has taken his place in the squad for the games against Costa Rica and USA in September.

Attempting to justify the decision, Dunga said: “We gave him a chance at the Copa America.

“You can’t just build with just youngsters, you need experience to help.”

Coutinho’s new club teammate, Roberto Firmino, is named in the squad for the games in early September (yes, there’s an international break to disrupt the season after three games).

Coutinho started three of Brazil’s Copa America games, missing one only due to injury.

SEE ALSO: “You can build a team around one great player” – Kaka on Coutinho as LFC’s new main man