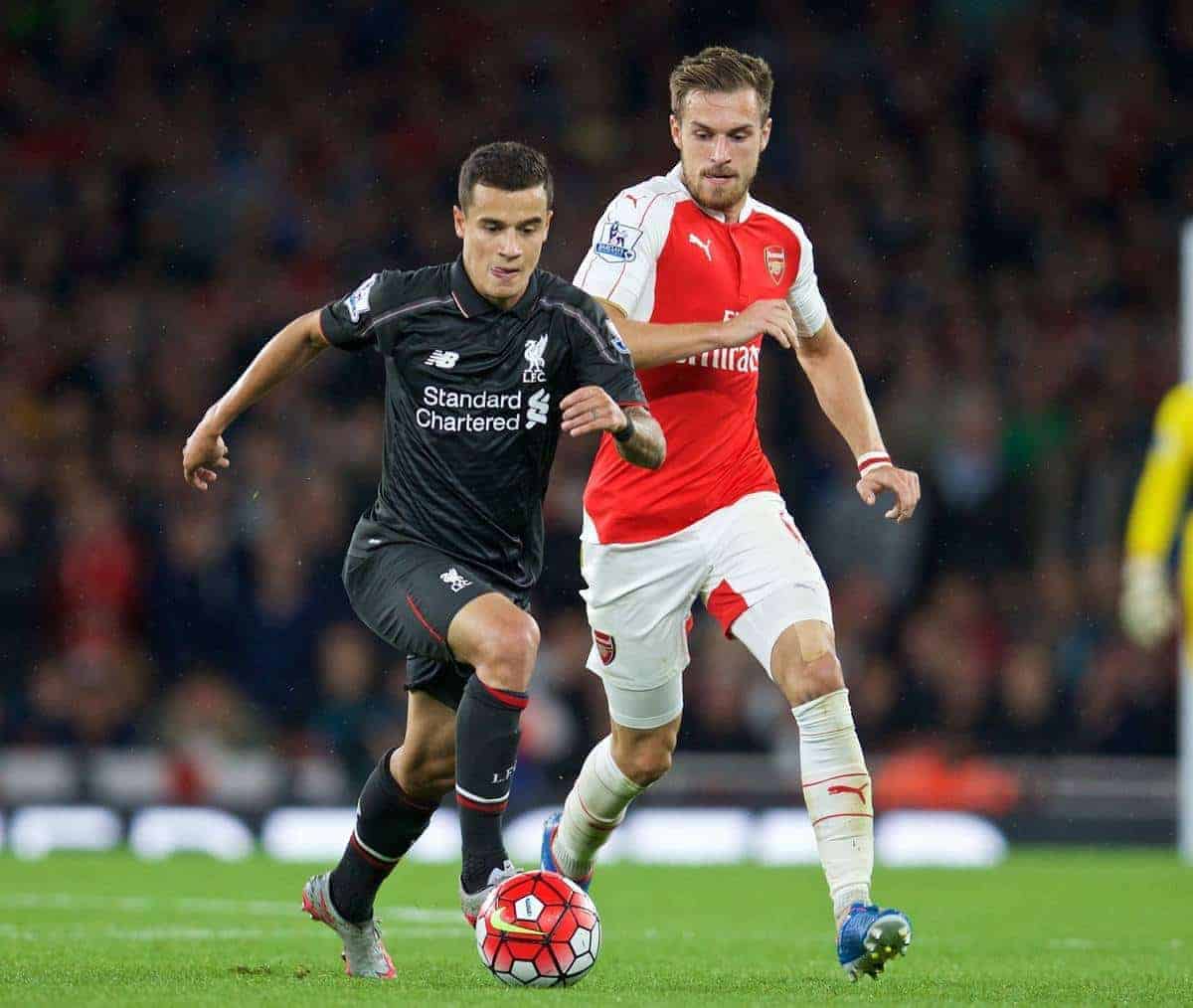 Arsenal midfielder Aaron Ramsey has called for video technology to help officials get big decisions correct after seeing his effort against Liverpool wrongly chalked off for offside.

The Wales midfielder struck in the first half of Monday’s 0-0 draw at the Emirates Stadium but was deemed offside when collecting Santi Cazorla’s pass and finishing past Simon Mignolet.

However, replays showed he was in line with Martin Skrtel and Gunners boss Arsene Wenger said after the game he knew Ramsey was onside even though he was watching from his technical area.

It is the second time in a week that officials have got a big call wrong, with the Premier League feeling the need to contact clubs in the last seven days to clarify a change in the rulings.

Ironically, it was Liverpool who again benefited as Christian Benteke’s match-winning strike against Bournemouth was not ruled out despite Philippe Coutinho appearing to be offside. And Ramsey wants referees to be given the support of video replays to make sure the game does not continue to be marred by incorrect decisions.

“Of course,” he replied when asked if players want technology to be used. “On another day we should have been 1-0 up. To look at a video for 20 seconds would maybe have changed the outcome of the game.

“The replays suggest I was onside so it should have stood. But the linesman thought it was offside. Those things happen.

“I thought I held my run and I thought I was onside. I took a glance over just to make sure and the flag was up.

“I think we can take a leaf out of rugby. They do it really well. You see on the screens, they go up there for 20 seconds and they get the decision right in the end. Football can learn something from that.”

Ramsey’s would-be goal came in a first half that was ultimately dominated by Liverpool, who came up against an inspired Petr Cech in the Arsenal goal as he kept out Benteke’s close-range strike and tipped a superb Coutinho effort on to the post – the second time the Brazilian hit the frame of the goal.

After the break it was a different story as the hosts looked for their first away win of the season, but to no avail.

“We tried to push for the goal but it didn’t quite happen,” Ramsey said. “A few times they went on the counter attack. Our goalkeeper pulled off some good saves. It was frustrating that we could not get the goal.

“It is important not to lose the big games and get something out of them, which we have managed to do. Hopefully we beat Newcastle and go on a bit of a run after the international break.”

Liverpool remain unbeaten from their opening three games having seen off both Stoke and Bournemouth leading into Monday night’s encounter.

They have also yet to concede a goal and defender Dejan Lovren has started to form a good understanding with Skrtel – something the former Southampton man wants to build on in the coming weeks.

“Especially in the first half we had so many chances. They also had some good chances but I think we were defensively perfect and everyone did a great job. We need to continue like this and the goals will come.

“The first thing for us was not to concede and then after that to finish (chances). Cech was amazing and made a brilliant save from Benteke on the line, but in the end, it’s a good point because we know it’s tough here every time.”