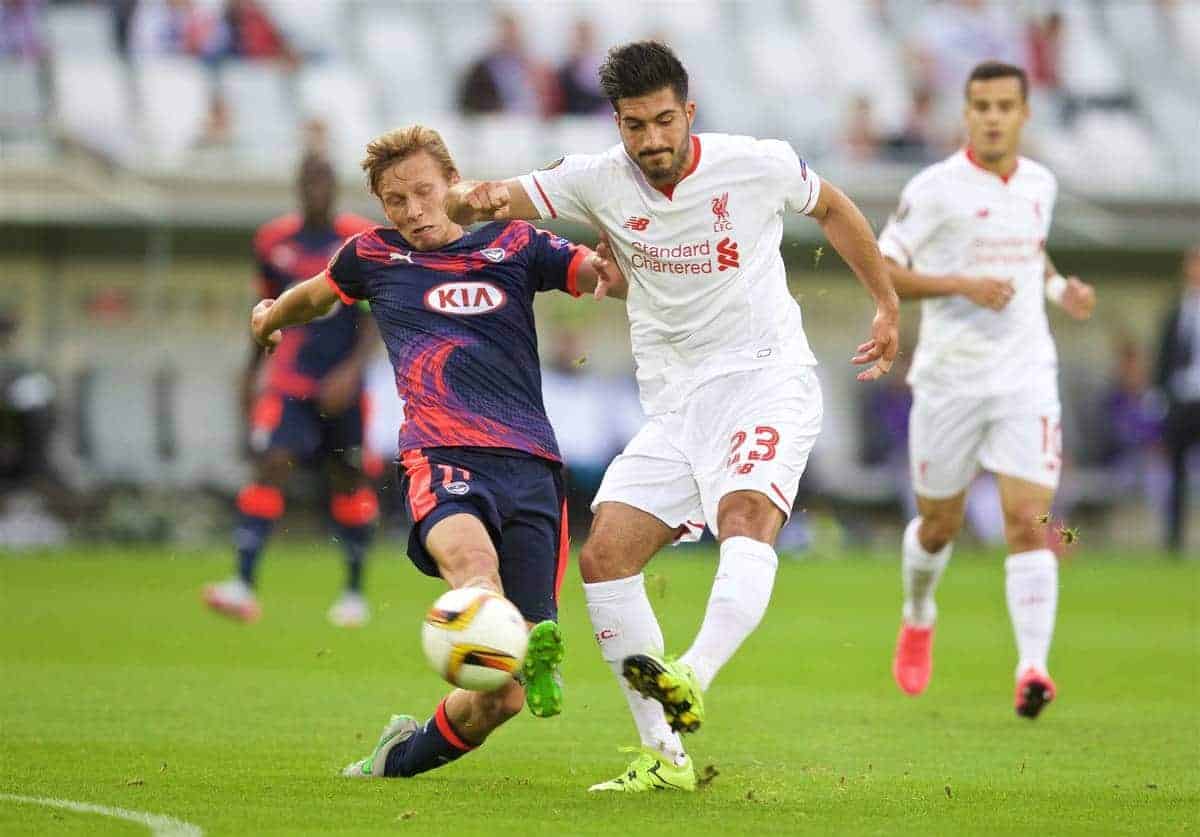 Following Liverpool’s 1-1 draw away to Bordeaux on Thursday evening, we round-up the best social media reaction from the game.

This was hardly a classic by any means, both in terms of performance and entertainment value, but the Reds will be content with a point.

Adam Lallana‘s terrific solo effort gave Brendan Rodgers’ side a second-half lead, only for the hosts to equalise 80 minutes in.

There were some impressive performances in midfield from youngsters Jordan Rossiter and Pedro Chirivella, while Mamadou Sakho made a huge difference in the centre of defence.

Here is how social media reacted to Thursday’s game:

Slowly but surely, Rossiter and Chirivella are giving Liverpool more of a foothold in midfield. Both youngsters acquitting themselves well.

Would think Mamadou Sakho will be very unfortunate if he doesn't keep his place against Norwich after that performance.

At least the night's still young.

1-1 will do, but doesn't give us the boost a win would have done. Not that we exactly played for one.

A draw, away, with a second string 11 against a team who just drew against PSG. I’ll take that all day long.

Worried about Can. He looks totally lost.

Good result considering lack of experience in side. But far from a good performance.

Meh. But with an average age of 21. Branagan, Rossiter & Chirivela getting debuts and a draw. Can't really complain.

I'd have taken a draw at the start. So not a bad point away in Europe. But frustrating that we threw away a lead. #LFC

‘Doggie’ on the forum:

Lallana got a lot of stick in the pre match thread but created some excellent chances and got the goal – nice. From here, on that performance I’d like to see Sakho instead of Lovren and Rossiter in place of Lucas.

Would love to know how many times we lose possession when not under any pressure. It's just ridiculous.

Brilliant goal that. That was the Southampton Lallana at long last. Class! #LFC

1-1. A match like the really decent sandwich you made then dropped on the floor. But you enjoyed it anyway. Kind of. Maybe.

Big decisions ahead for our Brendan, just like after Bernabeau

‘Lucas’ on the forum:

Good away result at the end of the day, particularly considering the team. However, we still seem to create nothing at all in the final third which is a big worry.

#LFC played much better tonight than in other games, except the goal generally quite good. Centre back pairing better than Skrtel & Lovren.

Remember when the 'reserves' played well at Real Madrid, then they all got dropped for the next game… Sunday should be interesting.

The kids were alright, though.