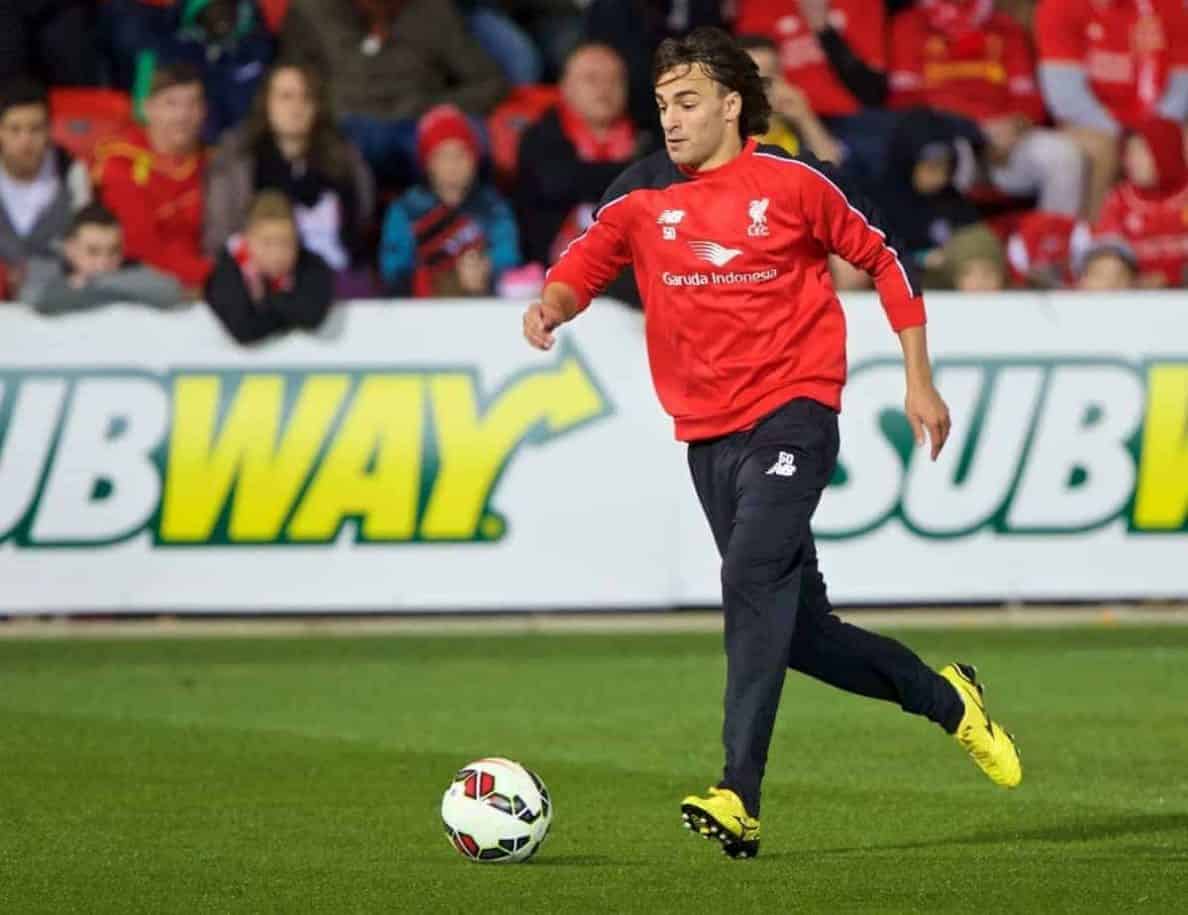 Making his first start for Turkish Super Lig side Fenerbahce on Sunday, Lazar Markovic capped an impressive all-round display with an assist.

On an afternoon that Liverpool limped to a disappointing draw against Norwich City, Lazar Markovic made an instant impression on his full debut for loan club Fenerbahce.

The Serbian played a vital role in a 2-1 win over Bursaspor that fired his temporary club to the top of the Super Lig table, grabbing his first assist after just 49 minutes of action for the Yellow Canaries.

49 – Lazar Markovic has made an assist 49 mins into his Fenerbahce career. It took him 749 mins at @LFC to get his first EPL assist.Premiere

Markovic’s arrival has been met with plenty of excitement in Turkey, and Sunday night’s fixture saw the first opportunity for the Serbia international to showcase his ability to the Fener faithful from the start – and that he did.

The 21-year-old formed a third of the home team’s attack, playing on the right side of the forward line alongside striker Fernandao and on the opposite flank to former Manchester United wide-man Nani – whom Markovic set up for the opening goal of the game after just 20 minutes.

Dribbling with the ball at pace and gliding past opposition was a strong, exciting feature of Markovic’s game in his first year at Anfield, and it was present in Istanbul for Fener’s first of the night.

After controlling a sweeping cross-field ball immaculately on his chest, Markovic embarked on a powerful run, cutting inside to drive towards the edge of the penalty area.

He accelerated away, leaving three defenders trailing, before laying off an invitingly weighted pass for the arriving Nani to strike at goal – which the Portuguese international did with aplomb, finding the bottom corner with a composed, curling finish to put the hosts ahead.

It was a classy first direct contribution of his season-long move, coming after just over 45 minutes of football for the club, and this instant impact earned the applause of the delighted home supporters.

But aside from the set-up, Markovic’s all-round game caught the eye in a victory that continued an unbeaten start to the season for Vitor Pereira’s men.

His pace and directness saw him cause constant problems, and his ability – combined with a desire to drift inside, pick up the ball, travel and create – made him a relentless threat and a difficult one to deal with for the Bursaspor backline.

From doing exactly that, the ex-Partizan Belgrade man can count himself unlucky not to have won a second-half penalty.

Coming in off the touchline, he glided past two defenders from deep, burst into the box and was barged in the back forcing him to the ground, but the referee turned down his, the deafening crowd and his teammate’s protests over what appeared a stonewall penalty.

In his desire to impress, the former Benfica man picked up a booking on 59 minutes – the only negative on a hugely promising first league start of the season for the youngster.

He completed more dribbles than any other player on the night (3) and offered a final product alongside his dangerous running in possession – a criticism of his debut year at Anfield – creating two chances; only Nani created more.

A good evening’s work came to an end after 77 minutes for the pacy attacker, as he was replaced by match-winner Robin van Persie, who scored just three minutes after coming on.

The expectation will now be for the forward to build on an exciting display that will have captured the imagination of Fener’s fanatical support.

It is certainly pleasing that Markovic is looking sharp and impressing, but it’s a real disappointment that he’s not doing so in Liverpool red.