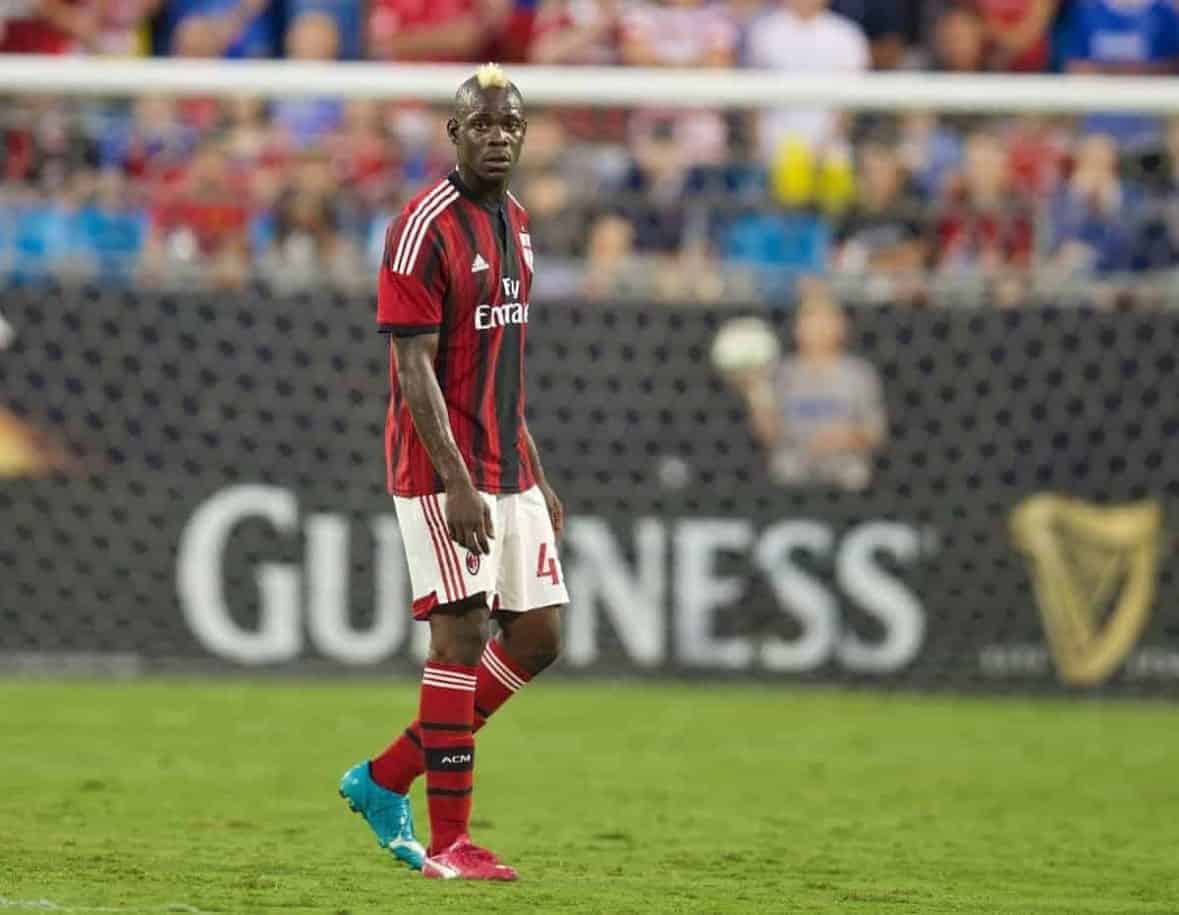 Making his first competitive appearance for AC Milan since returning on loan from Liverpool, Mario Balotelli caught the eye with an impressive display.

It was a night to forget for AC Milan as they slumped to a 1-0 Derby della Madonnina defeat to city rivals Inter on Sunday evening, but an encouraging one for on-loan Liverpool striker Mario Balotelli.

The loss leaves the Rossoneri with only one win from their first three games of the new season, and already trailing their neighbours – who boast a 100 percent record and sit top of Serie A – by six points.

It was naturally a hugely disappointing night for Milan, but boss Sinisa Mihajlovic will undoubtedly take positives from the display of the returning Balotelli, who caught the eye with an extremely promising cameo.

The Reds striker couldn’t have picked a bigger occasion in which to make his homecoming.

After watching the first 62 minutes from the bench at a sold-out and atmospheric San Siro, Balotelli was introduced, and he took no time to make an impact with a game-changing display.

Replacing Liverpool’s summer transfer target Carlos Bacca in attack, the Italy international was instantly involved for a side who earlier lacked any real attacking cohesion – with his presence providing a much-needed boost to the trailing Milan.

Playing in support of Luiz Adriano, Balotelli unsurprisingly showed his capabilities when deployed in a role suited to bringing out the best in his explosive game.

The former Inter striker was a danger throughout, showing bravery on the ball while taking responsibility, and he was visibly determined to be the man to make the difference for his boyhood club.

His first contribution, seconds after entering proceedings, was a wicked free-kick delivery that would have drawn Milan level had anyone taken a gamble on reaching the teasing cross – leaving Balotelli frustrated that no one had.

Moments later, he came within a coat of paint of equalising, but his 25-yard drive slammed against Samir Handanovic’s post, with the ‘keeper beaten after some tidy footwork created the opportunity unleash an effort on goal.

The top-class Inter stopper also produced a superb save to keep out a powerful, dipping drive from Balotelli, who proved a real handful on the night.

The 25-year-old gave his side a new dimension in the final third, changing the game with his directness and constant attacking threat that kept Milan on the front foot, allowing them to take the game to Roberto Mancini’s Inter as they chased an equaliser.

But not only did Balotelli look the most likely to register on the scoresheet for Mihajlovic’s side though – he also looked the most likely source of creation too for the Rossoneri.

His set-piece deliveries caused constant danger for the Inter defence, while he also took on playmaking duties in and around the box – which saw him burst into through the opposition defence and square dangerously across goal on one occasion – alongside pulling the strings when dropping deeper in open play.

The only thing missing from the maverick striker’s stirring 28-minute display was a goal, and Mihajlovic will be secretly pleased by his impact despite refusing to get carried away post-match, as he told Sky Sport Italia:

[pull_quote_center]”Balotelli came on, we cannot judge him from one game. He is training well and behaving well, he knows what he has to do and must make the most of the chances he is given.”[/pull_quote_center]

It was a real positive first game back for Balotelli, and Mihajlovic will certainly want to see more of the same.

After setting the benchmark with a hugely promising performance, he must deliver not only for his team, but also to reignite his career.