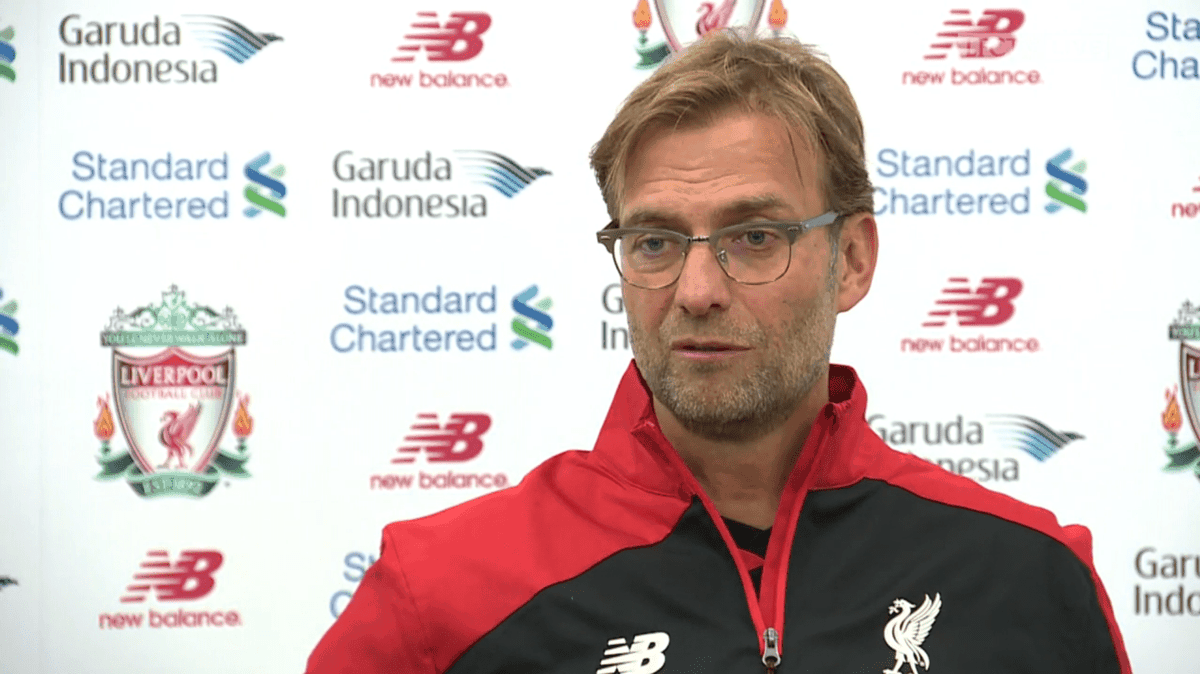 Addressing the media ahead of Saturday’s clash with Tottenham Hotspur, Jurgen Klopp said his side need to show “more bravery” to succeed.

As Klopp concludes his preparations for the first test of his Merseyside reign, the German revealed the key aspect that he wishes to restore to his side as courage.

Speaking to the assembled media ahead of the Reds’ trip to White Hart Lane, the 48-year-old said “I want to see more bravery.

“Everything is different in this moment,” he told reporters, addressing the seismic change enforced by his arrival.

“For sure we want to look different. Only because I’m here everything is different.

“I saw it in the week, it’s good. They’re really good boys.

“We can be very, very [well] organised. It’s what we’ve had to train in at the moment.

“We’ve not had enough goals on the right side, but you have to start development [in defence]. That’s what we try to do.

“You have to feel stability and that can make you free for offensive play and creativity.”

Liverpool’s defensive line was a major flaw under former manager Brendan Rodgers, with the likes of Martin Skrtel and Dejan Lovren committing worrying errors in possession throughout the Ulsterman’s reign.

Klopp clearly witnessed a drop in confidence from his new side in watching back over their games from this season, and he continued to outline why performing with bravery is crucial.

“This is a fantastic game, football. We all love it because it can be spectacular, it’s fast, it’s hard, but it doesn’t work without faults.

“As human beings we always think about faults, not about the good things – that’s what we have to learn again.

“You win 4-0 and make four big mistakes, nobody will remember. It’s not important.

“You can always get better, football works if you’re prepared for your team-mates to make faults.

“That’s how it works: we have to be close together in the game, in the tactical meaning. If you are close then you have options to play with and who can support you.

“You don’t have to try always the most risky ball in our life, you have to learn to run and fight and do everything until the moment. When the moment’s there – take it.”