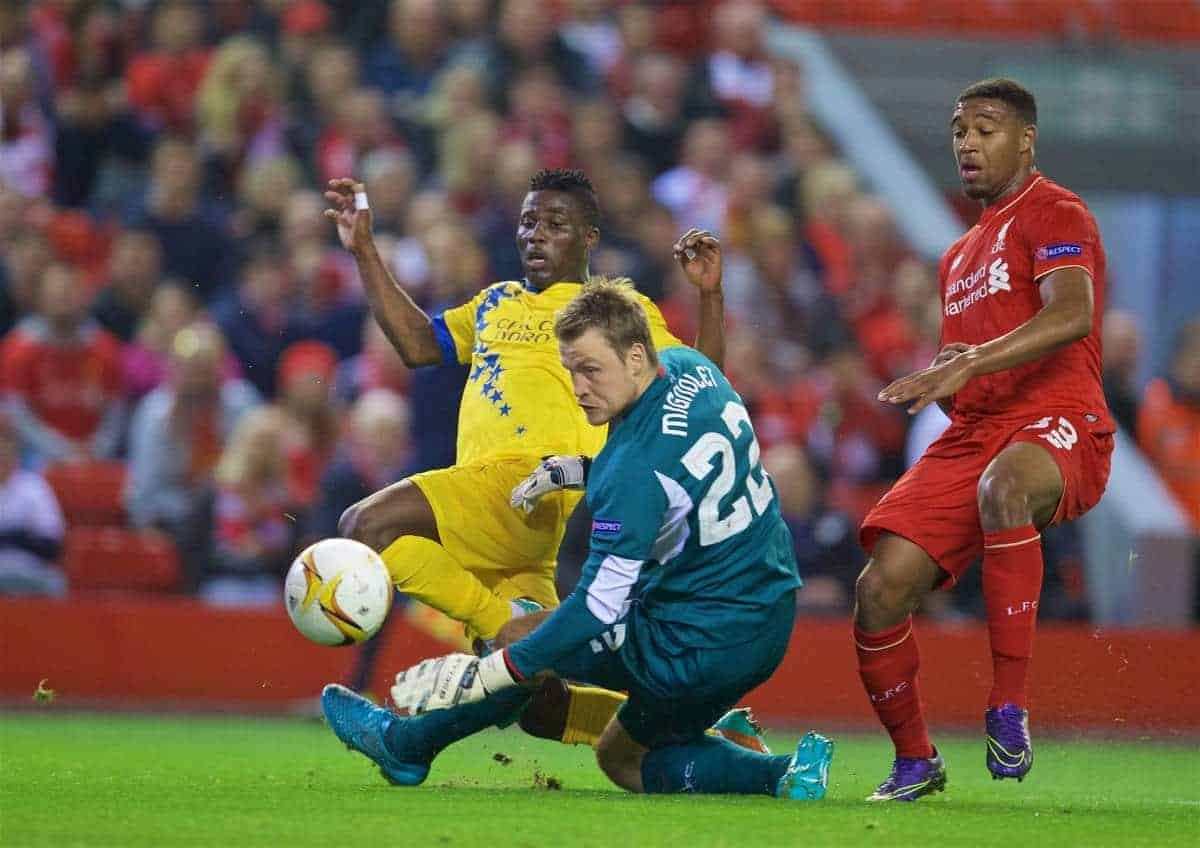 Liverpool could only draw 1-1 at home to FC Sion in the Europa League on Thursday evening, with Adam Lallana scoring the Reds’ goal.

Brendan Rodgers unsurprisingly rung the changes for the Reds’ first home game in Europe this season, with Sunday’s Merseyside derby clearly in the back of his mind.

Kolo Toure and Joe Gomez came in for Martin Skrtel and Mamadou Sakho at the back, Joe Allen and Jordan Rossiter started in central midfield and there were also starts for Lallana, Jordon Ibe and Divock Origi.

The only players to keep their place in the side from the 3-2 win over Aston Villa last Saturday were Simon Mignolet, Nathaniel Clyne, Emre Can and Danny Ings. Liverpool made the perfect start to proceedings, going ahead after just four minutes. Lallana finished neatly from inside the penalty area, following excellent work from Origi down the right.

Ings almost doubled the lead following nice work from Allen, but Ebenezer Assifuah levelled in front of the Kop to shock Anfield 18 minutes in.

Clyne gave the ball away in the lead-up to the goal, and Mignolet and Can didn’t exactly cover themselves in glory either.

Ings had a goal correctly ruled out for offside straight after, and should have done better when found by Lallana with the goal at his mercy. Origi also dawdled when clean-through.

After a strong start, the Reds’ performance petered out a little as the half progressed, and improvements were needed after the break.

The disappointing Clyne was replaced by Alberto Moreno at half-time, as Brendan Rodgers’ side looked to earn their first Europa League win of the season.

Toure’s acrobatic effort clipped the crossbar shortly after the restart, while Moreno lashed a harmless effort into the Kop.

Origi was one of the biggest positives on the night, and another surging run down the left lifted an increasingly quiet Anfield crowd on the hour mark.

The young Belgian then had a terrific chance to give Liverpool the lead in the 64th minute, but he was thwarted by Sion goalkeeper Andris Vanins.

Assifuah almost stunned the hosts, but his close-range effort was kept out well by Mignolet, while Origi was again denied by Vanins.

Lallana looked destined to score following a lovely first touch, but the Englishman’s shot was saved by Vanins when he really should have found the net.

Can glanced a header wide with 12 minutes left on the clock, and that elusive winning goal just would not come for Liverpool.

In the end they had to settle for a disappointing point, and attention now turns to Sunday’s vital Merseyside derby against Everton at Goodison Park.