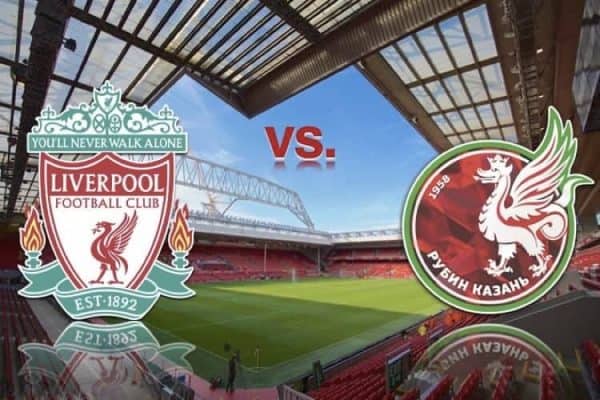 Ahead of Liverpool’s Europa League clash with Rubin Kazan on Thursday, we spoke to Russian football expert Toke Theilade to get the lowdown.

The first in a double-header of Europa League encounters with Rubin, Thursday night’s Anfield tie is a significant moment for new manager Jurgen Klopp.

Taking the reins for his first Anfield outing, and his first European clash since arriving on Merseyside, the German will be desperate to lead his side to success against their Russian opposition.

But what can Klopp and his Liverpool side expect from Rubin?

We spoke to Russian Football News’ editor-in-chief Theilade, who gave us an insight into Valeriy Chaly’s hopefuls.

Firstly how have Rubin Kazan been performing so far this season?

After 12 games the Tatars have only collected 10 points and scored 11 goals. On top of this Rubin were eliminated by FNL side SKA Energiya in the Russian Cup.

The high of the season has obviously been the qualification to the Europa League group stage, which symbolised Rubin’s return to relevance in Russia after they sold all their big names in 2013 and 2014.

Another high was the 3-1 victory against Lokomotiv Moscow back in September, right after they hired Valeriy Chaly as the new coach. This remains the only game Lokomotiv have lost this season.

What can we expect in terms of tactics, formations etc.?

Rubin’s biggest strength is their two Russian full-backs, Elmir Nabiullin on the left and Oleg Kuzmin on the right, who are both gifted players offensively.

Thirty-four-year-old Kuzmin scored his first goal for the Russian national team against Moldova this month, and his good form continued against FC Ufa last weekend when he scored a brace.

Nabiullin is, with his 20 years, one of the most promising Russian players at the moment, and he has taken advantage of Rubin scaling down and giving the youngsters a chance.

Liverpool will likely be allowed to dominate possession, and Rubin will then look to hurt them on counters.

The danger will especially come from the wings where Carlos Eduardo and Gokdeniz Karadeniz operates together with the two aforementioned full-backs.

Who is Valeriy Chaly’s key player?

It is difficult to get around the Brazilian, Carlos Eduardo.

Even though he hasn’t really hit the highs from last season, he is still Rubin’s most creative player.

This season he has averaged 1.7 key passes per game—a number that has been lowered after he was moved to the wing—and he has also scored once and contributed with two assists.

And is there anyone else Liverpool supporters should look out for?

As I have already mentioned Eduardo, Nabiullin and Kuzmin, I would like to draw the attention to some of Rubin’s other interesting players.

In the defence, Salomon Kvirkvelia—a 23-year-old Georgian central defender—and Ruslan Kambolov will have to play up to their best for the Tatars to get a result.

I wouldn’t expect them to do anything else, as they are both quality players.

In midfield, Liverpool’s fans should keep a close eye on Magomed Ozdoev. After falling short at Lokomotiv, he was revived at Rubin Kazan, where he has established himself as one of the best central midfielders in Russia.

How about major weaknesses in the Rubin Kazan lineup/formation?

The striker. Igor Portnyagin has been very far from the high level that earned him a spot on Russia’s national team last year.

Last season he scored 10 goals in the league, but this season he has only been a shadow of that performance.

Even though the 6’3″ target man has only scored once this season, it is worth noticing that he has at least made three assists.

Rubin desperately needs someone who can score, but unfortunately Portnyagin’s backup, the versatile Maksim Kannunikov, has been just as ineffective in front of goal, with only one scored goal so far.

He is mostly used on the wing however, which explains the lack of competition for the striker position.

Finally, what can we expect from the return trip next week?

The home game in Kazan will be played at the brand new Kazan Arena, one of the World Cup venues, and it is a great opportunity for Kazan and Rubin to show themselves off on the biggest stage.