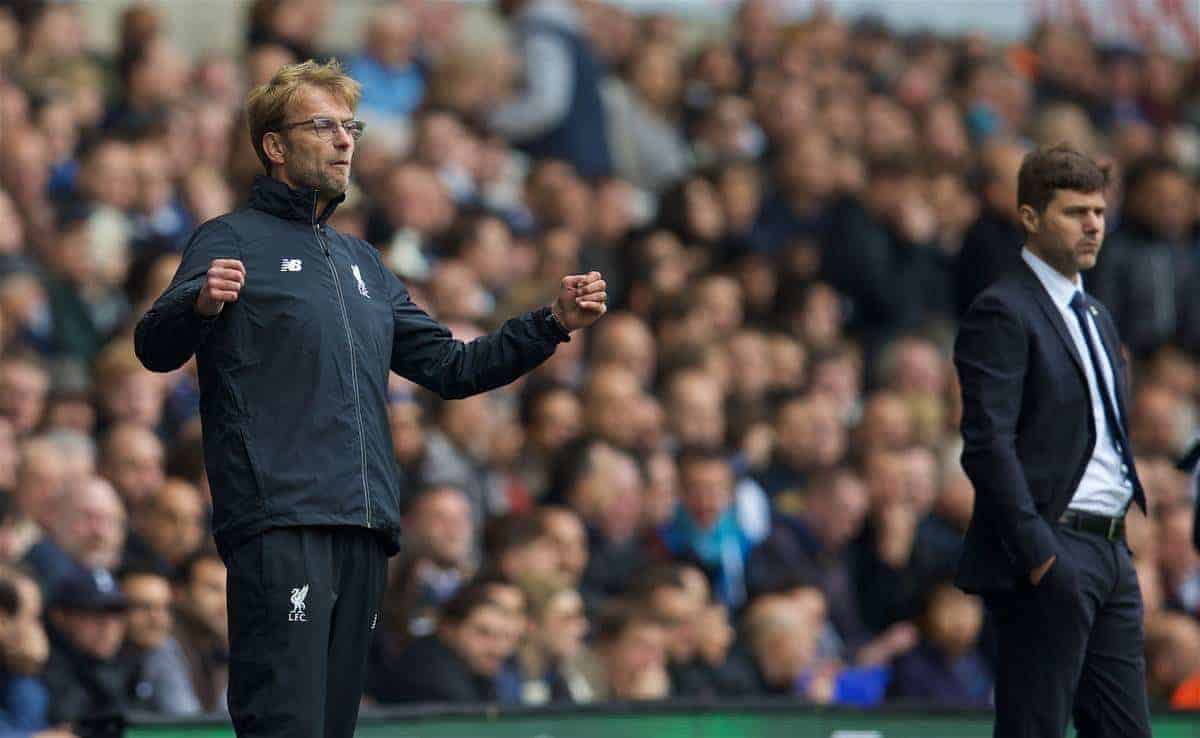 The Premier League reaches its 10th round of fixtures this weekend. We bring you a comprehensive round-up of what is on offer.

Following another busy week of European action, including Liverpool’s Europa League draw with Rubin Kazan, the Premier League returns to our screens over the next couple of days.

Jurgen Klopp will manage his first home league game for the Reds when they face Southampton on Sunday, in what is weekend’s final Premier League clash.

Ronald Koeman’s side are very dangerous on their day, and following Liverpool’s exploits on Thursday, it will be intriguing to see how they deal with the Thursday-Sunday issue that has dogged so many English sides recently.

The Reds won 2-1 in the same fixture last season, with goals from Raheem Sterling and Daniel Sturridge sandwiched by a strike by former Saint, and current Liverpool man, Nathaniel Clyne.

The standout fixture of the weekend is undoubtedly the derby showdown at Old Trafford between bitter rivals Manchester United and Manchester City.

It is a game that will tell us a lot about both sides, with neither looking remotely invincible but seemingly able to continue racking up points.

Arsenal‘s visit of Everton on Saturday evening should also be an entertaining encounter, while the Tyne-Wear derby between struggling Sunderland and Newcastle will be as fierce as ever.

Chelsea travel to West Ham in what looks like a tricky game on paper for Jose Mourinho’s side, while relegation-threatened Aston Villa host Swansea City.

There are exciting matches everywhere you look.

Not many would have predicted that Leicester City‘s Jamie Vardy would be the Premier League‘s top scorer come late October, but that is exactly what has happened.

The Englishman scored twice at Southampton last weekend to take his tally in the league to nine, and putting him in your fantasy football team seems like a no-brainer for the Foxes’ home game with Crystal Palace.

Mesut Ozil is in sparkling form for Arsenal at the moment, and the German has provided the joint-most assists so far in 2015/16, along with David Silva.

Ozil is a footballer of enormous quality, and his slightly languid style sometimes works against him. He is a world-class footballer who could prove key for the Gunners when they welcome Everton to north London.

Wayne Rooney may not be the player he once was, but he is a striker who will often go on impressive runs of goalscoring form once he ends a drought.

His goal at Everton last weekend was only his second in the league this season, but with City looming, his big-game mentality may well come to the fore. The 29-year-old has been the scourge of them plenty of times in the past.

Stoke City are one of the most in-form teams in the country right now, having won their last three in the league and conceding just once in that time.

Former Barcelona man Bojan Krkic is Stoke’s key man, particularly in an attacking sense, and he will fancy himself to be among the goals at home to Watford.

The Manchester derby is clearly a match that everyone associated with Liverpool will be keeping a close eye on, as two of the current top three do battle.

It is only natural for Reds fans to get behind City, given the rivalry with United, but defeat for either means dropped points at the end of the day. A draw would probably be perfect, in terms of Liverpool making ground on both.

Arsenal are the most likely title challenger to City right now, and look like winning every game they play. Everton will not make life easy for Arsene Wenger’s side, though.

Roberto Martinez will be desperate for his team to respond following last weekend’s 3-0 loss to United at Goodison Park, while Arsenal will be buoyed by their crucial Champions League win over Bayern Munich on Tuesday.

Chelsea‘s trip to West Ham is another examination of whether Mourinho’s men are a side past its best or not, and a win would be a signal of intent against a confident-looking Hammers side.

The Blues visit Anfield a week on Saturday, so failure to earn three points at Upton Park would really put them under pressure for that game.

Tottenham travel to Bournemouth on Sunday, but it may not be the easiest of afternoons for Mauricio Pochettino’s side. Their Europa League commitments certainly won’t help, much in the same way Liverpool could struggle.

It is a potentially thrilling weekend of action, and the table may well look very different come Monday morning.