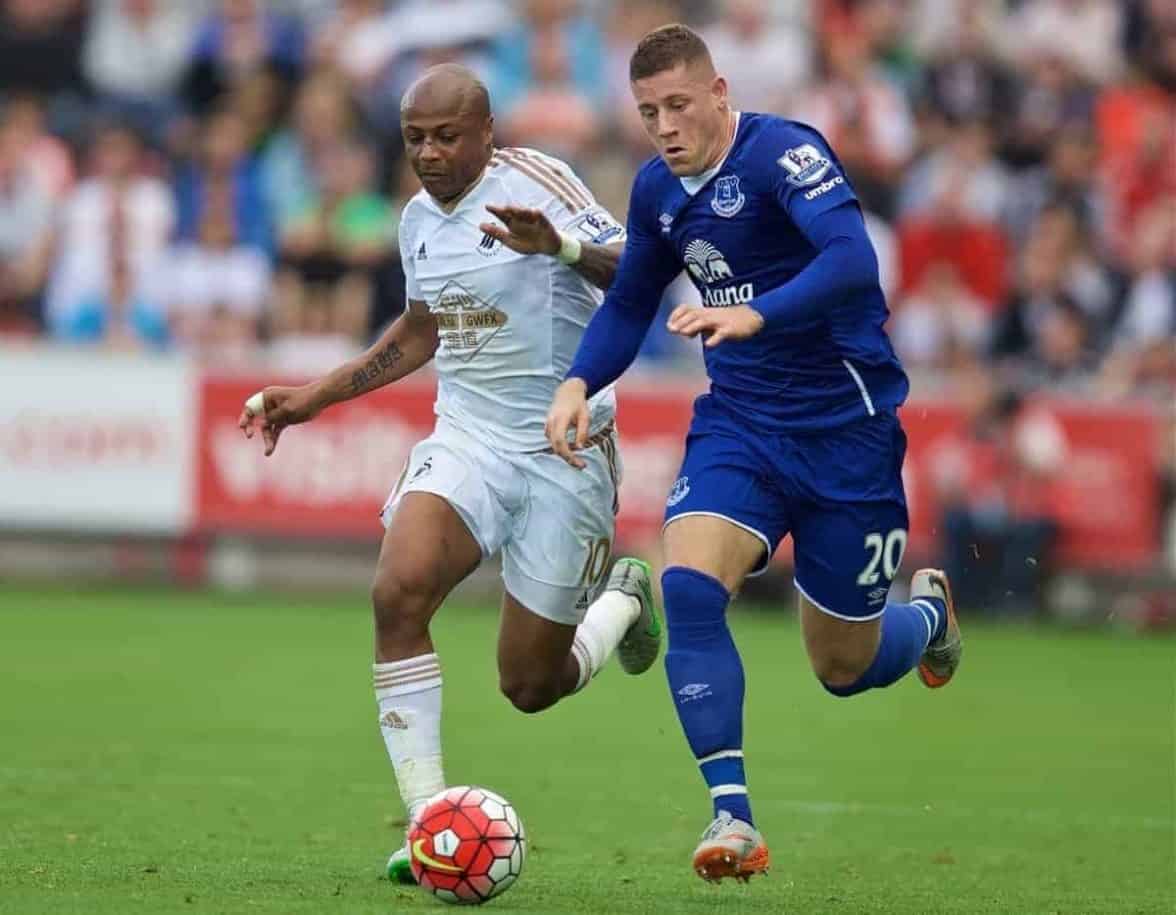 Klopp’s fantasy recruitment drive may be set to continue in his first week as Liverpool manager, if reports are to be believed, with a move for Ayew rumoured.

The Ghanaian forward joined Swansea on a free transfer in the summer, but the Mirror claim that the Reds are “­expected to make a January move” after Klopp’s appointment.

“The Ghana star was twice targeted by the German during his time as boss of Borussia Dortmund and Swansea bigwigs are convinced Klopp will try for a third time after taking over at Anfield,” Tom Hopkinson claims.

Ayew has quickly adapted to life in the Premier League, representing one of the early contenders for signing of the season.

Klopp’s supposed interest in the former Marseille man will see him “keep tabs” ahead of the winter transfer window.

“His form has not gone unnoticed and Klopp will keep tabs on the France-born star ­before deciding whether or not to take his interest in the player any further,” Hopkinson continues.

Ayew’s expiring contract made him an obvious choice to replace the departing Raheem Sterling this summer, but Liverpool managed to neglect his availability.

Signing for the Swans on a four-year deal, Ayew’s value has soared.

This makes the likelihood of a January transfer to Merseyside low—although Ayew did reveal in May that he grew up as a Reds supporter.

“When I was little and I was watching the Premiership I liked Liverpool and I have continued supporting them,” he said.

“Maybe it would be a dream [to play for Liverpool], but the dream is to play in the Premiership at the highest level.”

Ayew would no doubt add to Klopp’s squad, and at 25 has potential to develop into a top-level Premier League forward.

But to target him in January would be laughable, particularly with Liverpool owner Fenway Sports Group looking to rewrite their previous transfer mistakes following Klopp’s arrival.