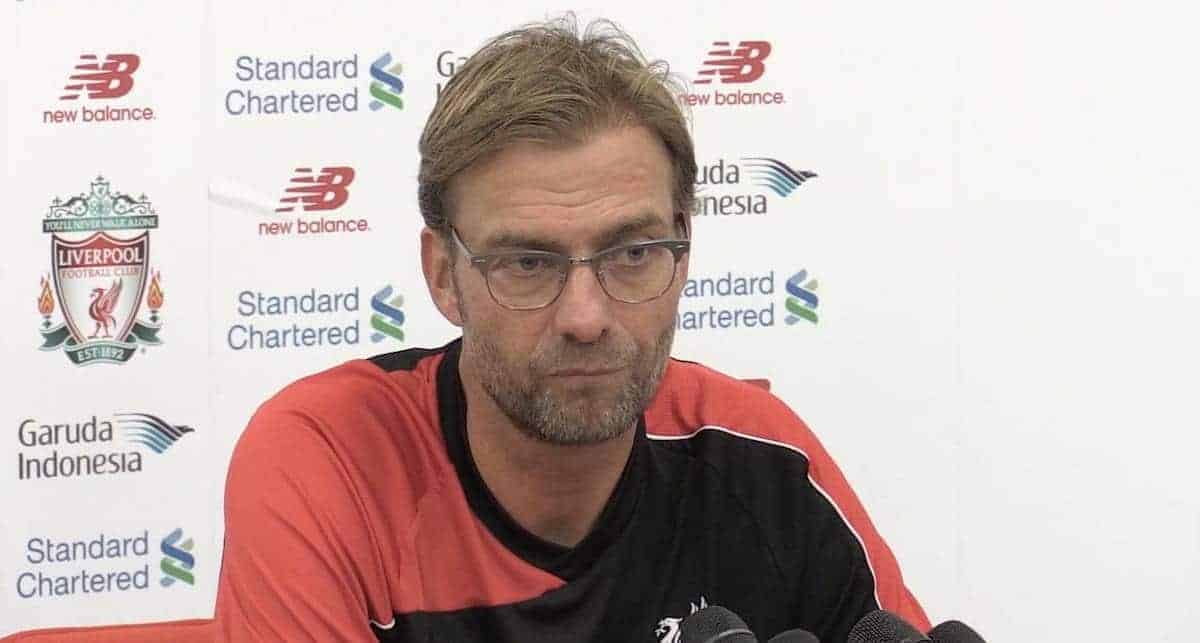 Klopp provided an update on the fitness of Daniel Sturridge, explaining that the forward won’t be involved in the match.

The German also clarified comments made after the 1-1 draw against Southampton on Sunday about the player’s mentality and confidence after conceding.

There was praise for academy midfielder Cameron Brannagan, and words on whether loaned players may be recalled or not.

MORE: Sturridge out, but Benteke and Firmino set to start vs. Bournemouth