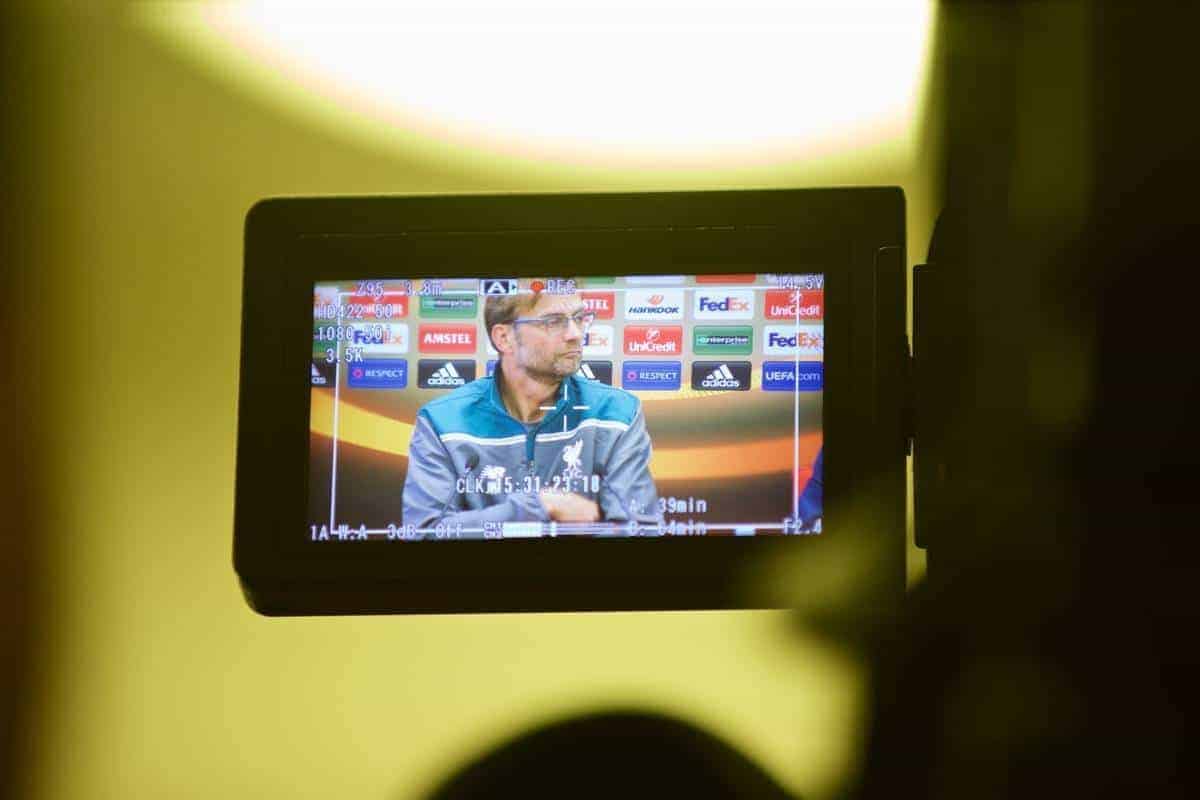 Liverpool host Bordeaux in the Europa League on Thursday night, with one eye on Sunday’s league match against Swansea City at Anfield.

Jurgen Klopp has made slight adjustments for Europa League games thus far, but not the wholesale changes former boss Brendan Rodgers made earlier in the group.

Victory on Thursday can seal qualification from Group B for the Reds, which would mean Klopp would then be able to rest key names when they travel to Switzerland for the final group game in December – just ahead of the winter fixtures coming thick and fast.

So a momentum-maintaining win needs to be the order of the night on Thursday at Anfield.

Klopp will be without Philippe Coutinho, who suffered a slight hamstring strain against Man City. The Brazilian though could return against Swansea. Fingers crossed.

That could mean a start for Christian Benteke, with Roberto Firmino replacing Coutinho in the supporting forward role.

Daniel Sturridge will likely continue from the bench, with Klopp hoping to give him some playing time in the latter stages. It’s far too early in his recovery to risk him starting.

Lucas Leiva is suspended vs. Swansea, so he can continue where he left off against City by starting on Thursday.

Joe Allen will be in contention if Klopp opts to rest either of James Milner or Emre Can in midfield, both of whom covered a lot of ground against City.

Jordon Ibe has had nice cameo appearances from the bench of late and will be keen to start against Bordeaux – carrying on from his first goal for the club last time out in Europe, against Rubin Kazan.

Ibe could replace Firmino or Adam Lallana in the front three.

Klopp’s options in defence are very limited, although he could bring in Kolo Toure if he wanted to rest either of the two centre-backs – that looks unlikely as he will probably prefer to allow Martin Skrtel and Dejan Lovren work on their partnership together.

Three changes from the side that beat City would see Coutinho (injured), Can and Lallana (rested) drop out. Replaced by Allen, Benteke and Ibe.

That would leave an XI of:

A strong side to get the job done, with Sturridge to come off the bench too.

What Liverpool must ensure now is that they don’t follow up the City victory by failing to beat Swansea at home, as was the case after winning at Chelsea when Crystal Palace walked away with three points a week later.

OPINION: Klopp’s focus on imperfections is perfect for Liverpool