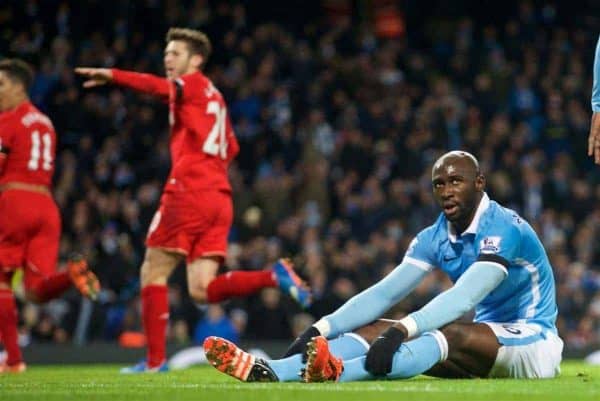 Week 13 of the Premier League offered up another delectable series of results, with much to take from losses for Arsenal and Manchester City.

While Liverpool’s 4-1 win away to City was undeniably the most entertaining clash of the 13th round of fixtures in the Premier League, there was a lot more on offer over the weekend.

Tottenham Hotspur continued their rise up the table with their own 4-1 victory, at home to West Ham United, while Chelsea and Manchester United both secured three points, and Everton and Leicester City preserved their fine form with 4-0 and 3-0 wins respectively.

Along with City, however, it was a weekend to forget for Arsene Wenger’s Arsenal, who lost 2-1 away to West Bromwich Albion—opening up the race for the top four, with Jurgen Klopp‘s side benefiting.

There was no stopping Klopp’s Reds on Saturday evening, with Philippe Coutinho, Roberto Firmino and Adam Lallana in sensational form as the German’s three-man attacking line.

But his opposite number, Manuel Pellegrini, did little to prevent the Liverpool charge.

Dogged by injuries to Vincent Kompany, David Silva and Wilfried Bony, and contending with the fatigue of Nicolas Otamendi and Fernandinho—who had spent the international break in action in South America—the Chilean fielded a makeshift lineup at the Etihad Stadium.

This saw a half-fit Sergio Aguero return in attack, Yaya Toure and Fernando deployed as an unnatural midfield two and Eliaquim Mangala partnered by Martin Demichelis in defence.

Aguero made his mark just before half-time, but quickly faded; Toure did little to impose himself in a confused role in midfield; and the Mangala-Demichelis tandem crumbled under Brazilian pressure.

Furthermore, making his first appearance against Liverpool since leaving for City this summer, Raheem Sterling was completely anonymous.

It was a limp and lifeless performance from City, but Pellegrini’s team selection was to blame.

It happens to Arsenal every season, so with Wenger forced to negotiate another distressing injury during his side’s 2-1 defeat to West Brom on Saturday, few would be surprised at the Frenchman’s predicament.

Francis Coquelin was withdrawn after just 14 minutes, suffering knee ligament damage following a challenge on Claudio Yacob, and could be ruled out for up to three months.

The defensive midfielder has quickly developed into a key player for Wenger, but Gunners supporters were vehement in their criticism of the manager for not signing another option in this role over the summer.

It is a familiar predicament for the club, with the failure to sign adequate cover at the base of midfield and the tip of attack blunting their title credentials for over a decade.

Wenger’s frugality could come back to bite him once again.

If Liverpool harbour ambitions of finishing in the Premier League‘s top six this season, let alone the top four, they will have to better the achievements of perennial rivals Spurs and Everton.

Both recorded resounding victories of their own at the weekend, with Spurs finishing the weekend in fifth and Everton just four points behind them in seventh.

Both did so emphatically, and with genuine conviction; the strength of both Mauricio Pochettino and Roberto Martinez’s squads saw them demolish Aston Villa and West Ham.

Pochettino’s is built around a solid attacking core of Harry Kane, Christian Eriksen, Heung-Min Son and a resurgent Moussa Dembele, while Everton boast a similarly effective forward line in Romelu Lukaku, Ross Barkley Aroune Kone and Gerard Deulofeu—two of the most devastating attacks in the league.

Both sides have emerging young talent, with the likes of John Stones, Brendan Galloway, Eric Dier and Dele Alli all featuring regularly in the Premier League this season.

Both Spurs and Everton look built to last—and this underlines the challenge ahead for Liverpool as they battle for a respectable league finish.

Memphis Depay Redeems Himself With Strong No. 9 Display

With Wayne Rooney, Anthony Martial, James Wilson and Marouane Fellaini all deemed unfit for action as United headed to Vicarage Road to take on Watford on Saturday, the onus fell on an out-of-favour Memphis Depay to lead the line in an unfamiliar role.

Memphis had come under considerable criticism in recent weeks, with Louis van Gaal admitting on Friday that he had hoped to see more from his £25 million man.

But marking his first league start in over a month with an excellent volleyed finish on 11 minutes, Memphis impressed from the first whistle.

The Dutchman looked full of confidence throughout; at home as United’s centre-forward.

Interestingly, this is the role that Brendan Rodgers had earmarked for Memphis as Liverpool pursued him over the summer, though with the Reds going on to sign Firmino, Klopp is unlikely to regret the club’s decision to overlook the then-PSV man.

Both Memphis and Firmino have endured slow starts after big-money moves to the Premier League, but on Saturday both highlighted their quality.

Jamie Vardy’s journey from non-league journeyman to the Premier League‘s top scorer has been retread with sickly regularity this season.

But with the Englishman equalling Ruud van Nistelrooy’s consecutive goals record with a strike in Leicester‘s 3-0 win away to Newcastle United on Saturday, his overriding quality must not be overlooked.

Confidence has played a major part in the 28-year-old’s 13-goal haul so far in 2015/16, but Vardy has pummelled Premier League defences with tenacity and finesse throughout.

The way in which he cut inside Moussa Sissoko and fired low beyond Rob Elliot at St. James’ Park, making light work of what was a tricky manoeuvre, belied the suggestion that this is a lucky streak—Vardy is a No. 9 of rapidly developing quality.

Reports earlier this season linking the Foxes striker with a move to Real Madrid may have been risible, but Claudio Ranieri will no doubt be forced to fight off big-name suitors this January.