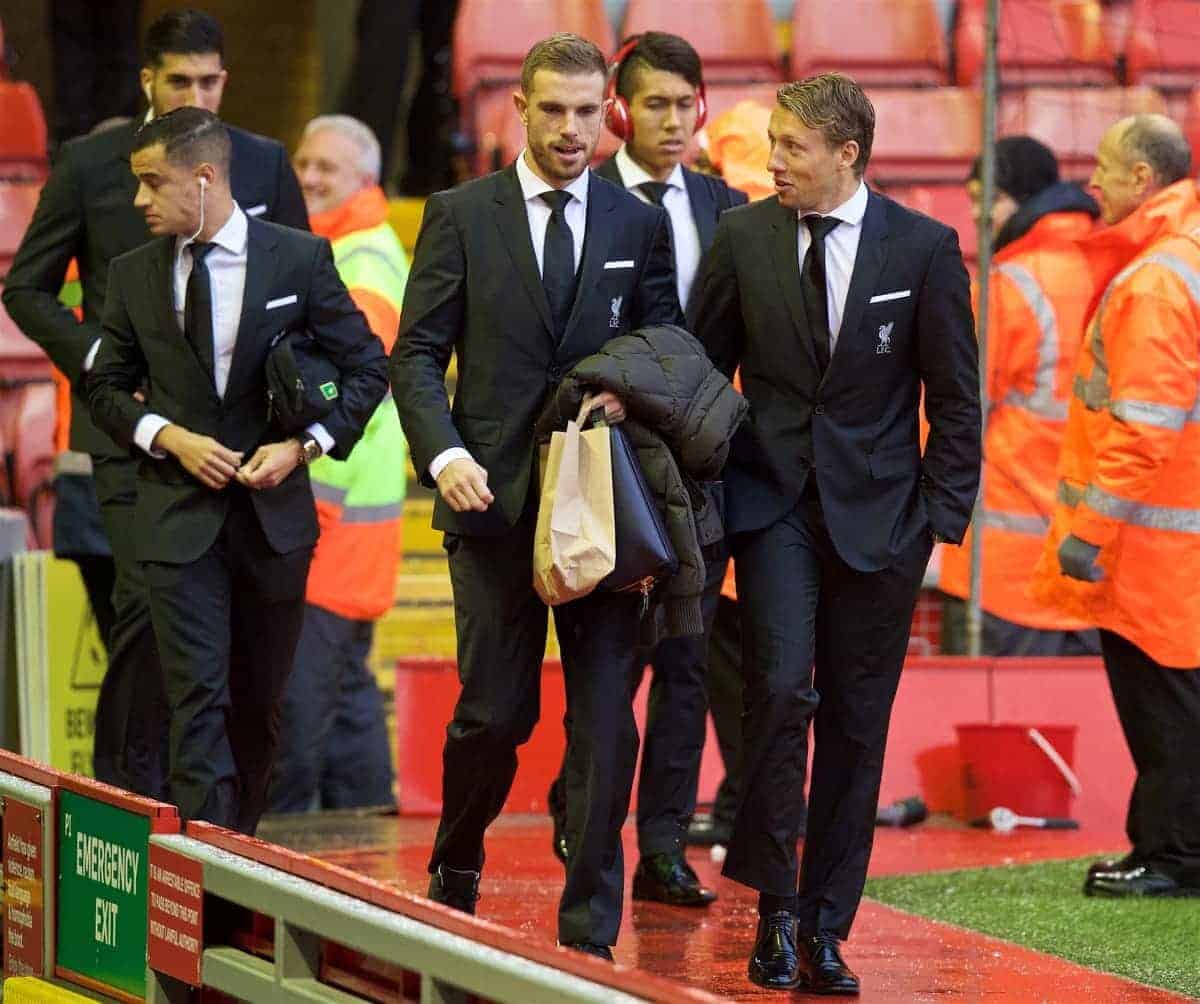 Liverpool host Crystal Palace in the Premier League at Anfield (4pm GMT kick off), and manager Jurgen Klopp makes four changes to the team that played in the Europa League on Thursday.

Martin Skrtel comes back into defence, while Lucas Leiva, Adam Lallana and Philippe Coutinho also come back into the team.

Winger Jordon Ibe keeps his place, and he takes the place of James Milner – who reportedly picked up a hamstring injury in Russia, which will also keep him out of England’s games against France and Spain during the international break.

Emre Can partners Lucas in the midfield two, with Lallana, Coutinho and Ibe behind Benteke – who starts his first Premier League game under Klopp.

Roberto Firmino drops to the bench after starting 3 games in 8 days.

With no Milner or Jordan Henderson, Lucas captains the side.

The match isn’t live on TV in the UK, our usual matchday blog will be online shortly.