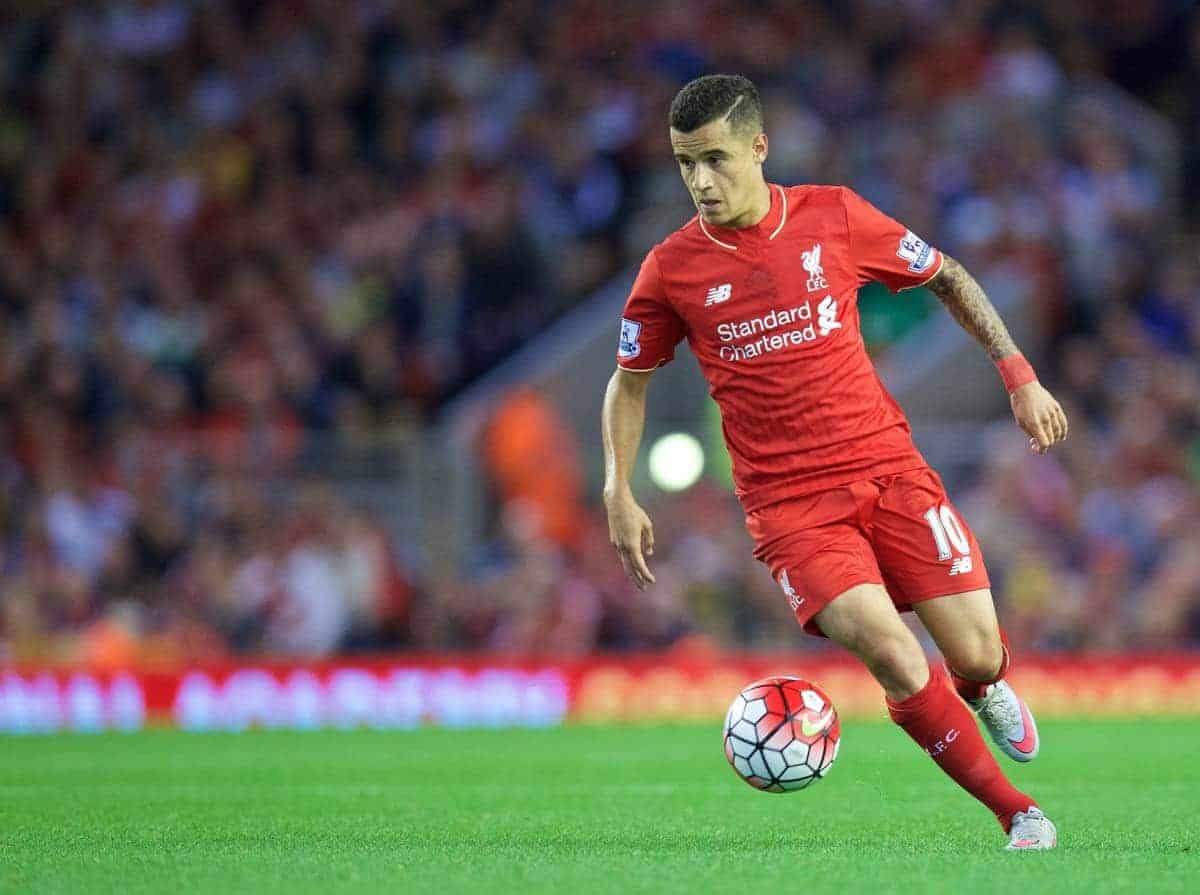 Philippe Coutinho limping out of the 4-1 win at Man City on Saturday was the only disappointment of the game, but it’s good news on his injury.

The Reds’ No.10 was replaced by Jordon Ibe with 22 minutes left to play but a scan on Monday has revealed the Brazilian has only a minor strain and therefore won’t be sidelined for long.

Liverpool, according to several reports, haven’t ruled him out of Sunday’s home match with Swansea City.

He will, however, miss Thursday’s Europa League tie with Bordeaux at Anfield. That will likely mean a start for Christian Benteke or Daniel Sturridge, with Roberto Firmino dropping into one of the attacking midfield roles.

Coutinho is Liverpool’s top goalscorer so far this season with five goals – which equals his league tally for the whole of the last campaign.

After the match on Saturday Jurgen Klopp said: “He showed not a real [injury], it was a little bit of cramp, he felt something.

“I hope that’s all, he will be very important for us, everybody can see he’s in really good shape in this moment. I hope he can react well enough.”