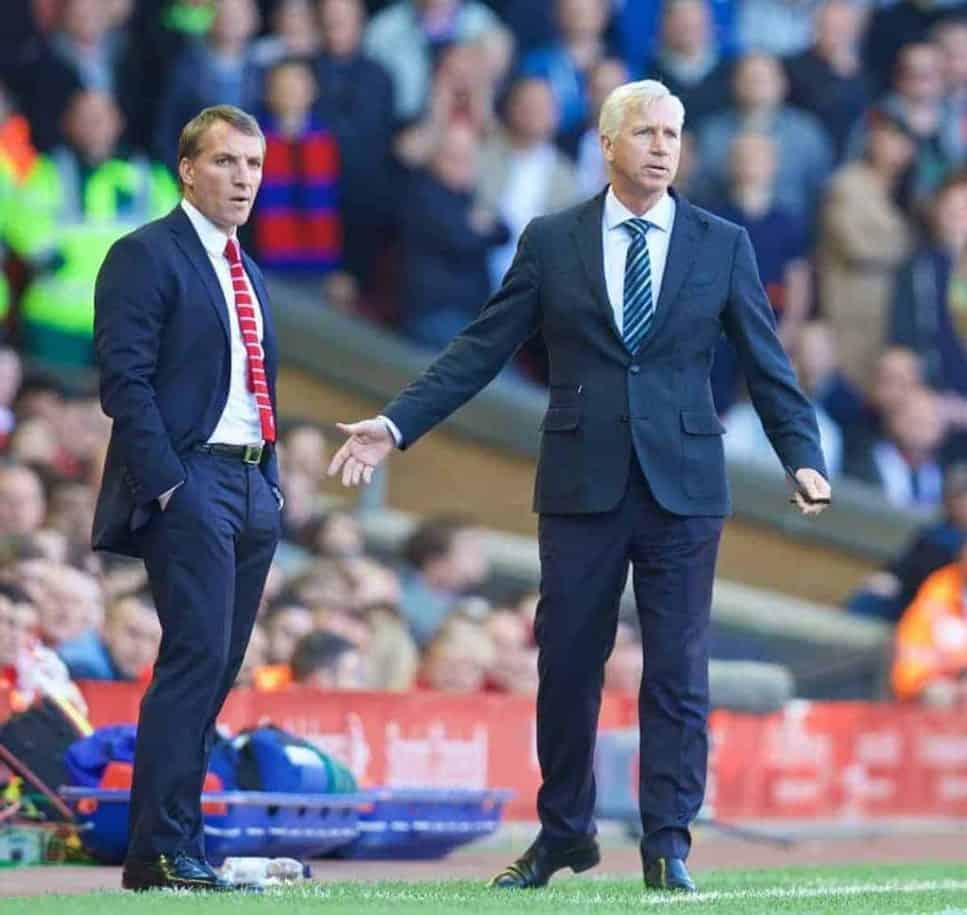 Alan Pardew claims he can see much of himself in Liverpool’s new manager Jurgen Klopp.

The charismatic German became one of football’s more popular figures during his reign at Borussia Dortmund and, since joining Liverpool and inspiring them to remain undefeated in six and earn three straight wins, he has attracted attention for his passion on the sidelines.

Though not necessarily as popular a manager, Pardew is similarly known for his passion, and ahead of Palace’s Premier League trip to Liverpool on Sunday he dismissed suggestions that their similarities mean they are likely to clash.

“I do see him on the sideline, and I look at myself and think ‘That’s very similar to how I am’,” said Pardew, who remains without the injured Connor Wickham, Marouane Chamakh and Chung-Yong Lee and awaits the results of Dwight Gayle’s late fitness test.

“He never gives too many negative things out, even though he’s quite involved in the game, and I like to think I don’t either.

“We’ll both be intense, Sunday, to try and get our teams to win, but he’s had a great start and he’ll be looking to continue that.

“Whenever I’ve come up against a manager who’s similar to myself on the sidelines – (West Brom‘s) Tony Pulis is very tight to the touchline – I never have an issue really, so I don’t expect there to be any kind of issue on Sunday.

“I like how he is on the sideline, I think you can send messages to your players in a positive way, and you’ve just got to be careful not to do it in a negative way.”

Pardew has in the past attracted attention for the wrong reasons when, at Newcastle, clashing with Manchester City manager Manuel Pellegrini and headbutting Hull midfielder David Meyler.

He explained that Sir Alex Ferguson once advised him against getting so absorbed by games as they take place, but insisted that if he was to behave any differently it would be entirely unnatural to him.

“There’s different managers for different styles, for example (Manchester United’s Louis) van Gaal doesn’t move from his seat, and writes on his pad, but there’s still a kind of presence to him, and a manner that he’s in control of the game.

“It’s the message you send to the players that’s important. I remember Alex Ferguson very rarely was at the touchline – only in ‘Fergie time’ would he get up – and maybe that was a tactical ploy on his part, who knows?

“Fergie once said to me to actually sit down and not get involved so much in the game but that isn’t me, and as much as that was good advice and I thought about it, it isn’t natural for me.

“(Me and Klopp) are just expressive in our feelings, a little bit more so than maybe other managers.”