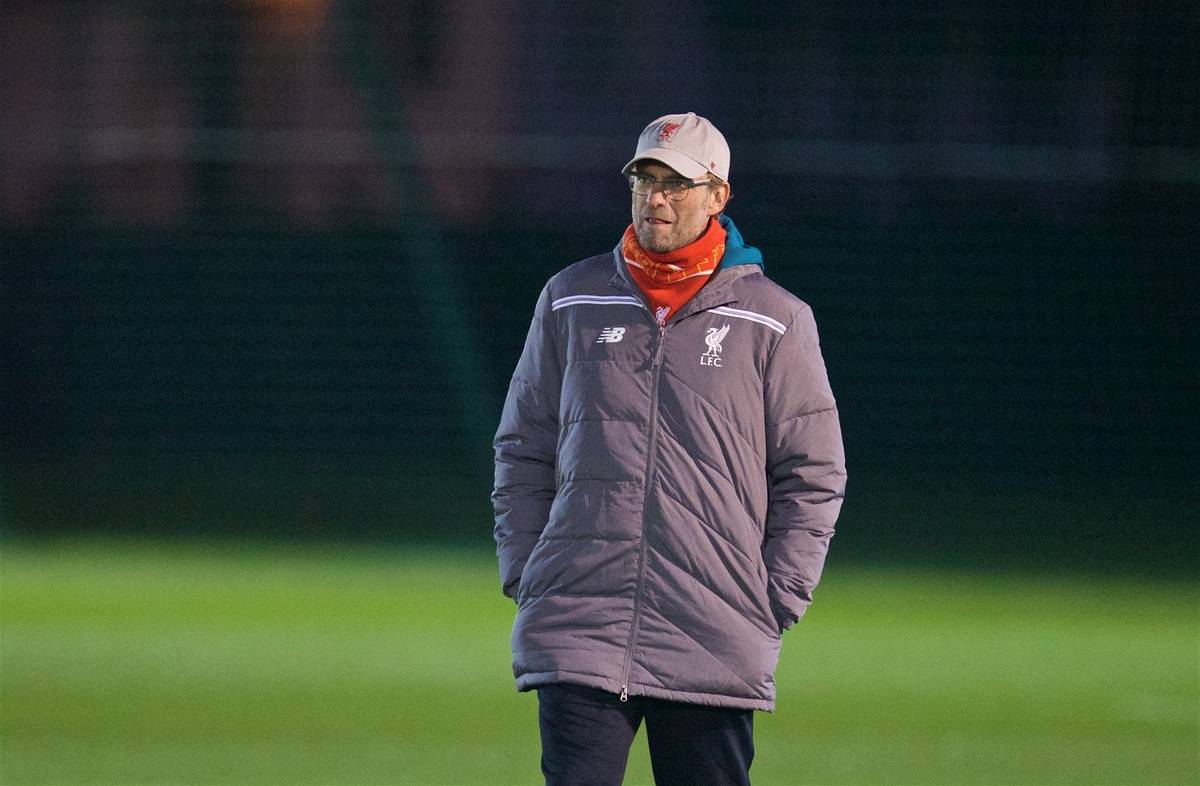 Liverpool manager Jurgen Klopp insists he is not concerned by his side's home form ahead of tonight's Europa League visit of Bordeaux.

The Reds have won only three times in 10 matches at Anfield – with just one of those coming since the German took over from Brendan Rodgers in mid-October.

Klopp has spoken of the need to keep fans in their seats right until the end of the match – having noticed many left when Crystal Palace scored their winner eight minutes from time in their last appearance at home.

Liverpool have scored just eight goals in six league matches at home and their record in Europe – two draws and two goals – is equally poor, but the manager is not too worried as they head into a game against Bordeaux which, should they win or achieve a goalless draw, will see them qualify for the knockout stages.

"Usually in football it (home form) is not the biggest difference and it should not make a bigger point than it is," he said.

"What we have to develop in the first case is our performance and that is what we have done in the last few weeks.

"Most of the goals we conceded were set-plays. It was not easy to create chances against us so you take that more stability from that and then you can play football."

Klopp suggested the packed calendar – this will be his team's eighth game in 40 days since he took over, and that includes a two-week international break – may have had more to do with their last defeat on home soil.

"The intensity of this number of tournaments (means) sometimes you have to pay the price and I would say Crystal Palace was more of this than something else," he added.

"We also have to learn how to handle this. We have in this team not the biggest experience of this.

"But we know what we have to do (against Bordeaux)".