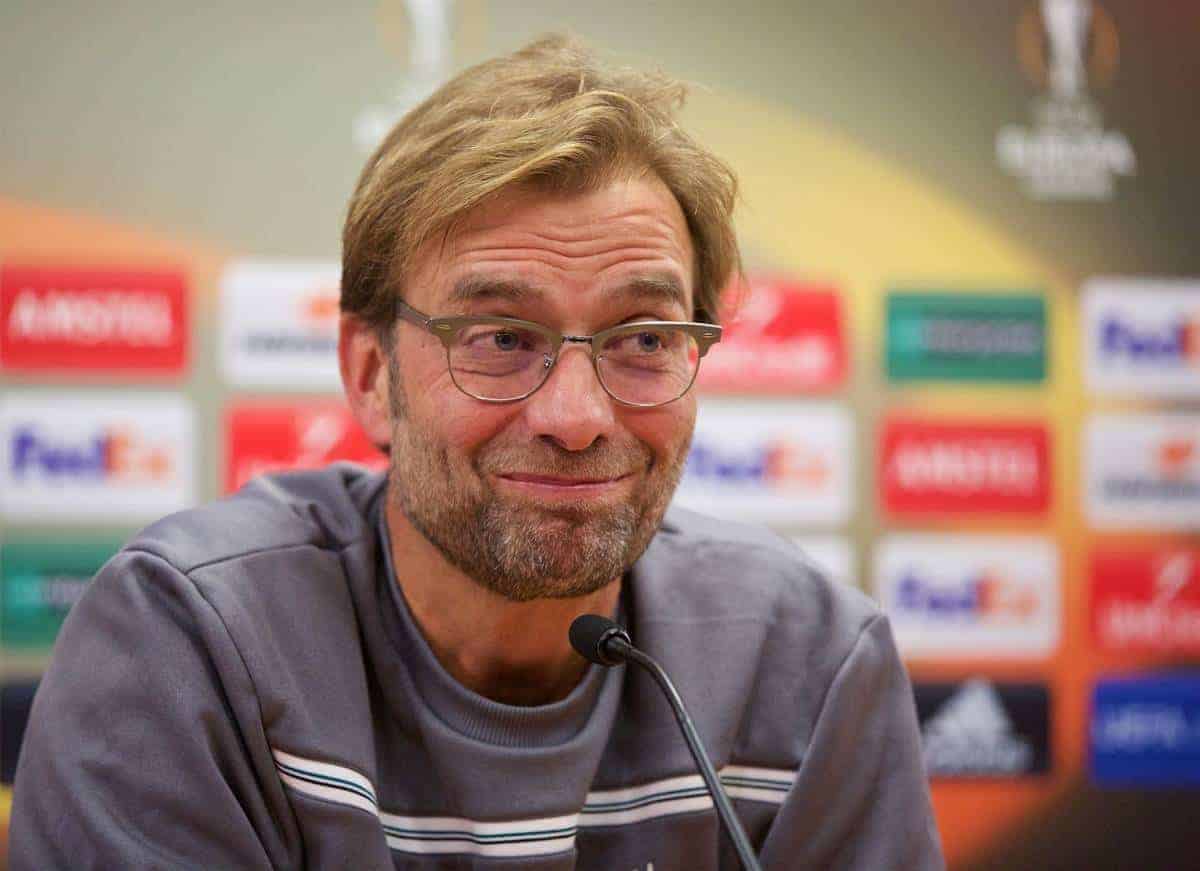 Jurgen Klopp has addressed his side’s defeat to Crystal Palace, coming after their last Europa League clash, noting the “intensity” of their winter schedule.

That Anfield defeat, which saw Liverpool slip to a late Scott Dann header to lose 2-1, came off the back of a battling performance away to Rubin Kazan in the Europa League.

This left questions over the Reds’ home form, and while Klopp’s side responded with an emphatic 4-1 win away to Manchester City on Saturday, two more Anfield clashes await.

Bordeaux travel to Merseyside for an all-important Europa League clash, providing another test of Liverpool’s credentials.

The fatigue of the likes of Emre Can and Christian Benteke was clear against the Eagles, and speaking to reporters at Melwood on Wednesday afternoon, Klopp explained that he was wary of the “intensity” of Liverpool’s fixture list.

“Usually in football there is not much difference [at home or away], we should not make a bigger point of it than it is,” he said.

“What we have to develop in the first case is our performance, and that’s what we did in the last weeks.

“Football is a results game, but many things [against Palace] were better than the games before.

“That’s what you have to take.

“We are usually in a good way to play better at home. We know how it works. We create chances, it’s not easy to play against us.

“[But] the intensity, the number of these tournaments, sometimes you have to pay the price. Palace was more of that.

“We know what we have to do tomorrow.”

This sentiment was echoed by Dejan Lovren, who joined the Liverpool manager for his pre-match press conference.

Lovren, who performed comfortably at the heart of defence in Saturday’s win at the Etihad Stadium, is hoping that the side’s confidence can give them momentum at home to Bordeaux.

“We know it will be a tough game, Bordeaux is a quality team,” he explained.

“What is important is we need to win, we want to be first [in Group B].

“After the last game against Man City we have much more confidence in ourselves, and hopefully we can repeat a game like that.

“After the game against Chelsea, we felt we had the confidence. Palace was our black cat, but we never doubted ourselves.

“We just showed our quality against Man City, we showed we can play against the big teams and we want to be in the top four. We need to approach every game the same.

“It will not be intensive like Man City but we respect everyone, we know it will be tough.

Lovren could be without centre-back partner Martin Skrtel against Bordeaux, with Klopp confirming that the Slovak was “a little ill.”

But a confident Liverpool should prove more than a match for Willy Sagnol’s flailing side.