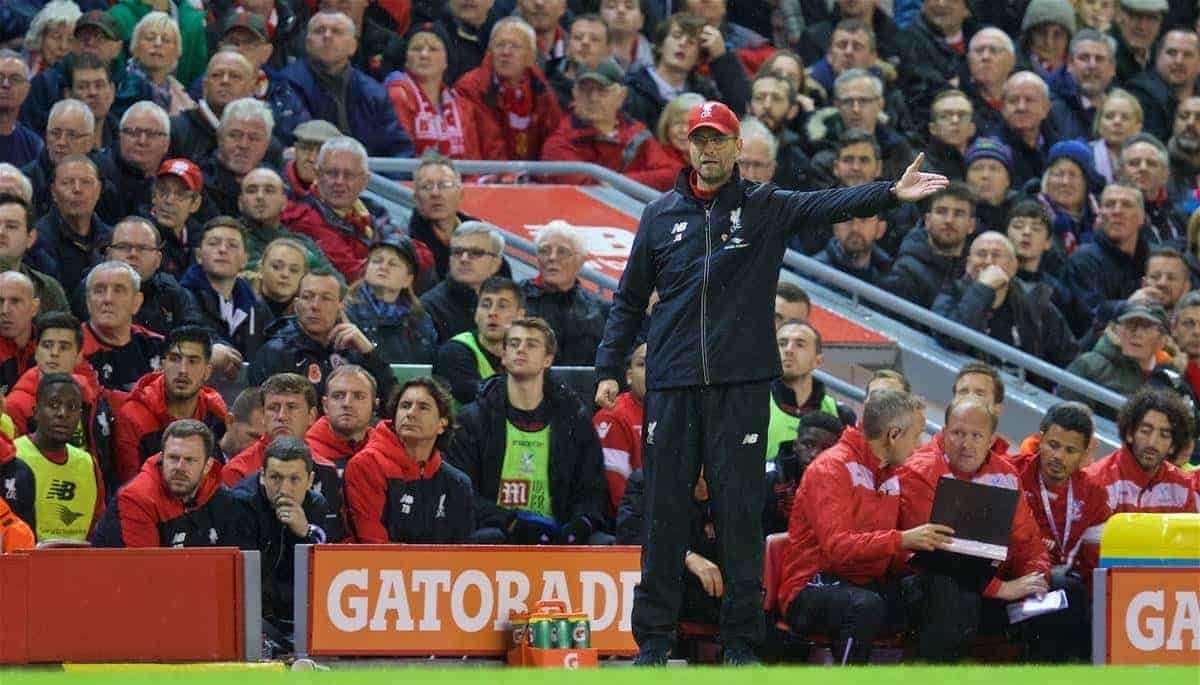 Following Liverpool’s 2-1 defeat to Crystal Palace on Sunday, we round-up the best social media reaction from some frustrated Reds fans.

Jurgen Klopp suffered his first defeat as Liverpool manager, as Palace once again picked up all three points against the Reds.

Philippe Coutinho‘s goal in the first-half made it 1-1, following Yannick Bolasie’s header, but a Scott Dann header in the 82nd minute won it for the visitors.

There was resounding negativity surrounding Liverpool’s performance on the day, particularly their defending:

Too many rubbish things there (humans and points of the game) to bother dealing with. #LFC

Genuinely can't remember the last time we conceded a goal and it wasn't preventable. Both goals today had so many errors in the lead up.

One thing's for sure, its not hard to score goals against #LFC – We gift goals to the opposition far too easily. Simply not good enough.

Did enough to win. Ended up losing.
Must. Be. More. Clinical. #LFC

Not great from #LFC today, but Palace are very good. Will capitalise on any teams bad day. Same story as day 1 – It will take time! There was at least some joy shown when Coutinho scored:

Get in there!! @Phil_Coutinho hits the first for the reds. Liverpool 1 vs Palace 1.

Lallana's backheel was crucial in taking Clyne's cross just far enough away from defenders to for it to reach Coutinho.

Coutinho has found his scoring boots again under Klopp. Hallelujah!

The first-half injury picked up my Mamadou Sakho understandably saw many supporters concerned:

Sakho doesn't want to come off. The Hulk wants to continue.

A long-term injury to Sakho would be a monumental blow to #LFC. Doesn't look good.

That's an absolute nightmare substitution. Yannick Bolasie's happy with that.