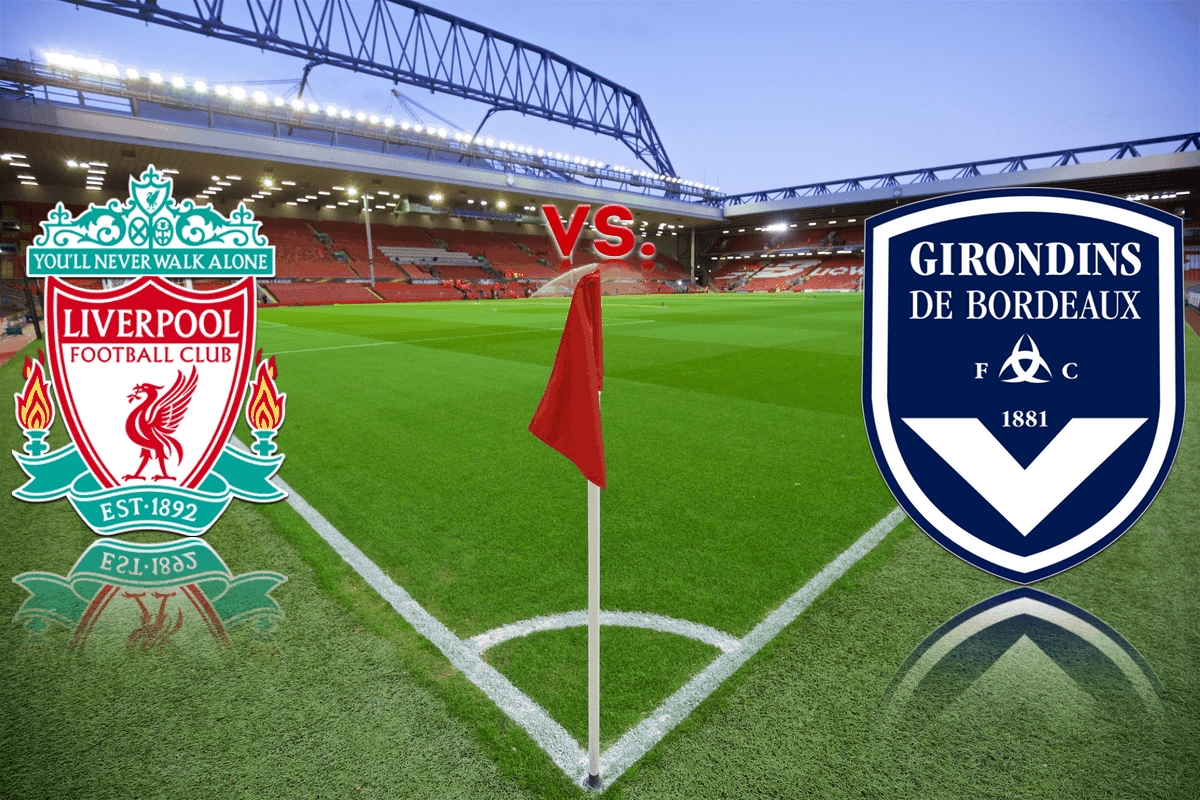 Liverpool return European action on Thursday night when they face Bordeaux in a game that could see the Reds qualify for the knockout stage. Jurgen Klopp’s Reds go in search of three big points against Bordeaux that would ensure progress to the round of 32 stage of the Europa League.

The French side stand in the way of qualification for Liverpool, and it’s a game of real importance for Les Girondins too, who need a positive result themselves to keep their chances of reaching the next stage alive.

It promises to be a big night at Anfield, where Liverpool will be looking to build on the comprehensive 4-1 victory over Manchester City on Saturday with another positive performance and result to ensure advancement is achieved at the first attempt.

The two sides met in the first round of fixtures in the competition – playing out a 1-1 draw in France over two months ago.

A flat encounter, which saw Brendan Rodgers hand a start to Jordan Rossiter and debuts to Pedro Chirivella and Cameron Brannagan, was sparked into life by a fantastic individual effort from Adam Lallana, who put the Reds ahead after 65 minutes.

But Rodgers’ side were denied an opening victory by Jussie Ferreira Vieira, who levelled nine minutes from time, firing home after the Reds failed to clear a scramble in the box.

The French outfit arrive to play for only the second time at Anfield, with the match set to be just the fourth meeting between the two clubs.

The previous Anfield clash, in October 2006, saw Liverpool run out 3-0 winners thanks to a brace from Luis Garcia either side of Steven Gerrard’s strike in the Champions League group stage.

Klopp’s men will hope for a similar scoreline against Girondins, who have lost all five games played on English soil, without scoring once. Bordeaux have endured a difficult time so far this season, struggling in both Ligue 1 and Europe.

The Anfield visitors sit 13th in Ligue 1, having picked up four wins from 14 games – they have also lost the same amount, while picking up six draws, preventing a better league standing.

They have come unstuck for the same reason in Europe, picking up three points from their first four matches, all with draws, leaving them winless in European competition.

Bordeaux – who are undefeated away from home in the tournament – sit in third place in Group B as a result, trailing Liverpool by three points – a gap they know they must close on Thursday.

Liverpool arrive in better shape, having secured their first Europa win of the campaign with a well-deserved 1-0 victory against Rubin Kazan – a win that put clear daylight between the clubs.

The Reds are unbeaten so far in the competition, have won four of their last five games under Klopp and will look to continue the positive run.

Three points for Klopp’s men and subsequent qualification is priced at 1/2, with a draw at 3/1 and an away victory for the French side an outside bet at 6/1.

Willy Sagnol arrives with a heavily depleted squad, missing a number of options due to a combination of injury and suspension.

One of those absent is the club’s top scorer and main dangerman Whabi Khazri, who is suspended after being sent off in Bordeaux’s 1-0 home loss against group leaders Sion.

Nicolas Pallois, Thomas Toure, Pablo and Gregory Sertic are all injured and have been left at home along with Isaac Kiese Thiese, who Sagnol has opted not to include in his squad.

However, there’s better news over the availability of Lamine Sane, who has been passed fit to feature at Anfield.

Striker Diego Rolan has been named in the squad for the trip and is also set to return after missing the weekend’s 2-2 draw with Rennes, having returned back late from international duty with Uruguay.

The Bordeaux boss will be forced to alter his side due to absentees, which could see Sagnol move away from the 4-3-3 shape recently deployed in favour of a more conservative system, as they seek to avoid a campaign-ending defeat.

Ahead of the game, Klopp had this to say:

“We are in a good way to play better at home. We are creating chances. We know what we have to do tomorrow.

“If we win, we’re in the next round, if they win, it’s an open race again. Clearly it will be tough.”

“We know it will be a tough game. Bordeaux are a quality team in the French league. We need to win if we want to be first in the group.

“After the last game against Man City we have much more confidence in ourselves, and hopefully we can repeat a game like that.”

The Anfield fixture will be shown exclusively live on BT Sport Europe with the match one of the night’s later kick-offs.