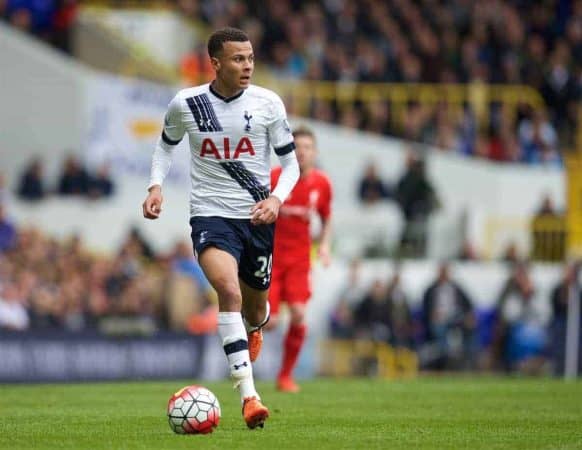 Dele Alli impressed on his England debut on Tuesday, leaving Liverpool fans wondering just how the club didn’t sign the boyhood Red who was nailed on to sign for the club a year ago.

Liverpool opened talks with MK Dons back in 2014, with the then-League One side’s manager Karl Robinson, who previously worked at Liverpool’s academy, aiding the deal.

Alli was expected to sign for Liverpool in January 2015 (we scouted him here) but surprisingly signed for Tottenham instead.

Rather than Liverpool acquiring the highly-rated teenager, it was Spurs who signed him and initially loaned him back to MK Dons.

So just how did Liverpool miss out on the deal? According to James Pearce of the Echo, it was the Reds’ transfer committee, not Brendan Rodgers, who scuppered the deal.

“Rodgers was keen to get him on board but others members of the transfer committee weren’t convinced that Alli represented value for money,” writes Pearce.

Liverpool missed out on a player who looks the complete package in midfield, with comparisons to Steven Gerrard inevitable.

And Gerrard is the reason Alli was a Liverpool fan growing up. “Gerrard was a big reason I began supporting Liverpool,” he said.

“I remember Istanbul, the FA Cup final, and the game against Olympiakos: Gerrard just scoring amazing goals. Gerrard was a big influence on why I supported Liverpool.”

On the one side of this, the transfer committee concept means nobody is held accountable and whoever made this decision – along with the decisions to spend £20 million on Dejan Lovren, sign Mario Balotelli and Rickie Lambert, and fail to replace Luis Suarez – remains in their job at Anfield.

While on the other side, Rodgers always insisted he had final say on signing players.