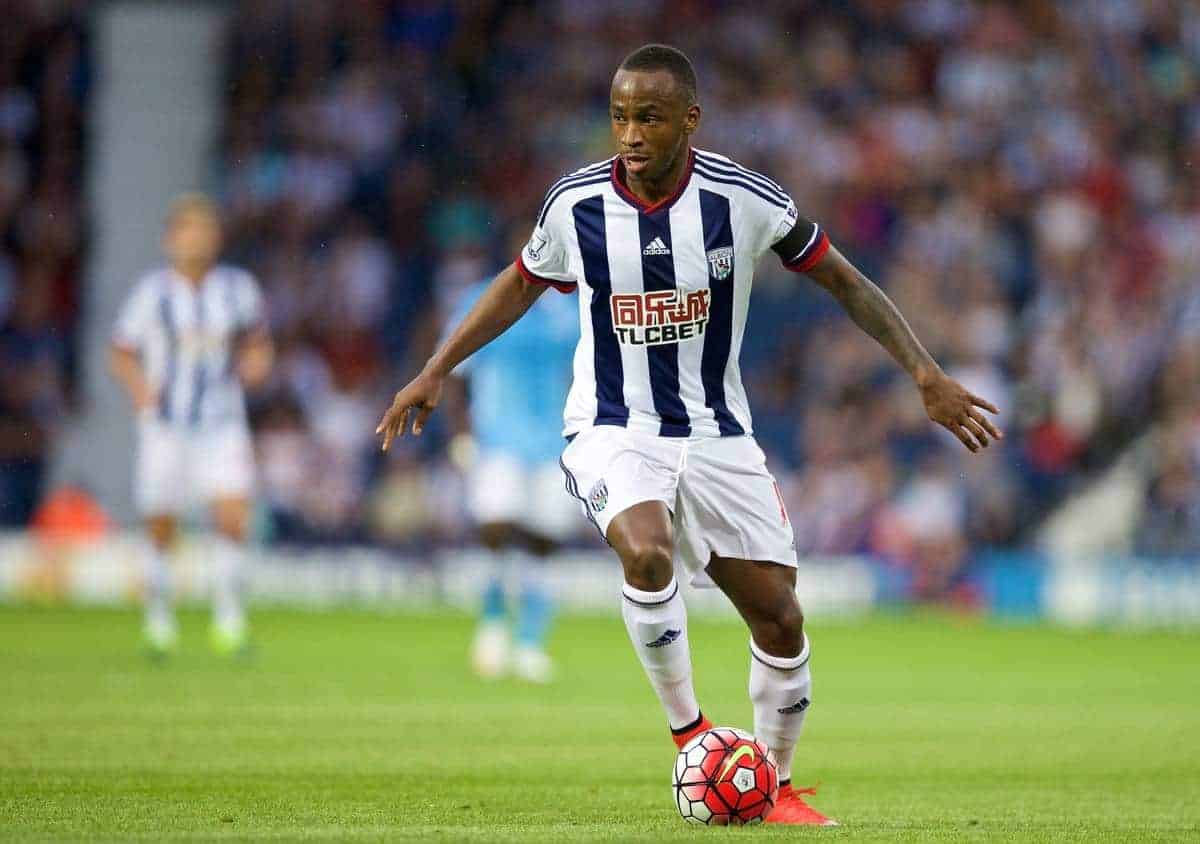 With Daniel Sturridge‘s injury problems mounting up with worrying regularity, Liverpool may need to sign another striker in January. Sturridge’s latest injury looks set to sideline the key striker for the festive period, and with Liverpool heading towards the January transfer window, Jurgen Klopp may look for reinforcements at the turn of the year.

The 26-year-old is undoubtedly one of the Reds’ best players when fit, as his two-goal performance in December’s 6-1 win away to Southampton in the League Cup proved.

But these displays are few and far between, with Sturridge suffering four different injuries in 2015 alone; and the varied struggles of Christian Benteke, Divock Origi and Danny Ings magnify this issue.

So if Klopp is to turn to the transfer window to solve his attacking issues, who could he target?

West Brom made an unusual move in publicly denying reports that Liverpool had sealed a £23 million deal to sign Berahino a year ago, but the young striker’s Midlands tribulations did not stop there.

After a summer of Twitter tantrums and missed opportunities, Berahino finds himself on the sideline at West Brom, with manager Tony Pulis cherishing a kindred spirit in Salomon Rondon.

Berahino has made 11 Premier League appearances so far this season, with only five coming in his favoured central role, and this has seen the young English striker score three goals.

The 22-year-old is wasted on Pulis, and his pace, intelligent movement and finishing ability would make him a great substitute for Sturridge on Merseyside.

With his contract set to expire in just over 18 months, West Brom can’t afford to hold on to Berahino for much longer.

A January move would provide Berahino with a welcome release, and give Liverpool an experienced Premier League talent to operate in lieu of, and alongside, Sturridge.

Marseille made a bold move by sticking with young Belgian striker Michy Batshuayi as their first choice when long-serving centre-forward Andre-Pierre Gignac left for Liga MX side Tigres this summer.

But by putting their faith in the former Standard Liege youngster, the Ligue 1 challengers have been rewarded substantially.

Batshuayi is a pacy, powerful centre-forward in the mould of a traditional target man, but boasts an added finesse that sets him apart from his Marseille predecessor—and arguably his compatriot, Benteke.

The 22-year-old has scored 10 goals and made five assists in 17 Ligue 1 appearances so far this season, largely utilised as a lone striker in a 4-2-3-1 formation; similar to that of Liverpool.

Batshuayi is Marseille’s only recognised centre-forward, however, meaning that Liverpool would have to spend big on a player whose contract expires in 2019.

But with the potential to develop into a dominant Premier League striker, he may be worth it.

Ayoze Perez is no main man, but the former Tenerife forward—who proved one of the under-the-radar signings of the season in 2014/15—is swiftly developing into a key attacking outlet in the Premier League.

A highly intelligent, technically gifted, versatile forward option, Perez is best drifting between the lines in a fluid attacking line, and this could suit Liverpool.

The Reds’ best performance in their first two months under Klopp came with Roberto Firmino leading the line as an unorthodox No. 9, combining with Philippe Coutinho and Adam Lallana to beguile a hapless Manchester City defence.

Perez boasts similar nuanced qualities to this attacking trident, along with the potential to develop into a key influence in the English top flight.

His versatility could aid Liverpool in the eventuality that Sturridge returns from injury, and in the meantime could help relieve the Reds of their problems in the final third.

Hoffenheim are enduring a miserable 2015/16 so far; rooted to the bottom of the Bundesliga table with 10 points from 15 games heading towards the winter break, Huub Stevens’ side are favourites for relegation.

This should come as something of a surprise, given the depth of talent in Stevens’ squad, with Germany international Kevin Volland the pick of the litter.

Volland is a dynamic forward capable of operating on the wing or in a newly developed role as a No. 9, with the latter seeing him thrive in the European U21 Championship over the summer.

The 23-year-old has scored five goals and made one assist in 14 Bundesliga games so far this season, all coming when deployed as a centre-forward, and is slowly establishing himself as a regular alongside Emre Can in the German national team.

Enjoying a profitable relationship with Firmino while the Brazilian was at Hoffenheim, Liverpool could do worse than reuniting this devastating attacking duo.

Mauro Icardi was linked with a move to Liverpool earlier in 2015, but with Brendan Rodgers opting for Benteke as his first-choice centre-forward this summer, the Argentine remained with Inter Milan.

Though the 22-year-old has suffered a drop in form so far in 2015/16, scoring just four goals in 12 league games, his quality is undeniable—he would certainly flourish in Klopp’s attacking line.

The German would be wise to revisit the club’s interest in January, though prising Icardi from Inter’s clutches may prove difficult.