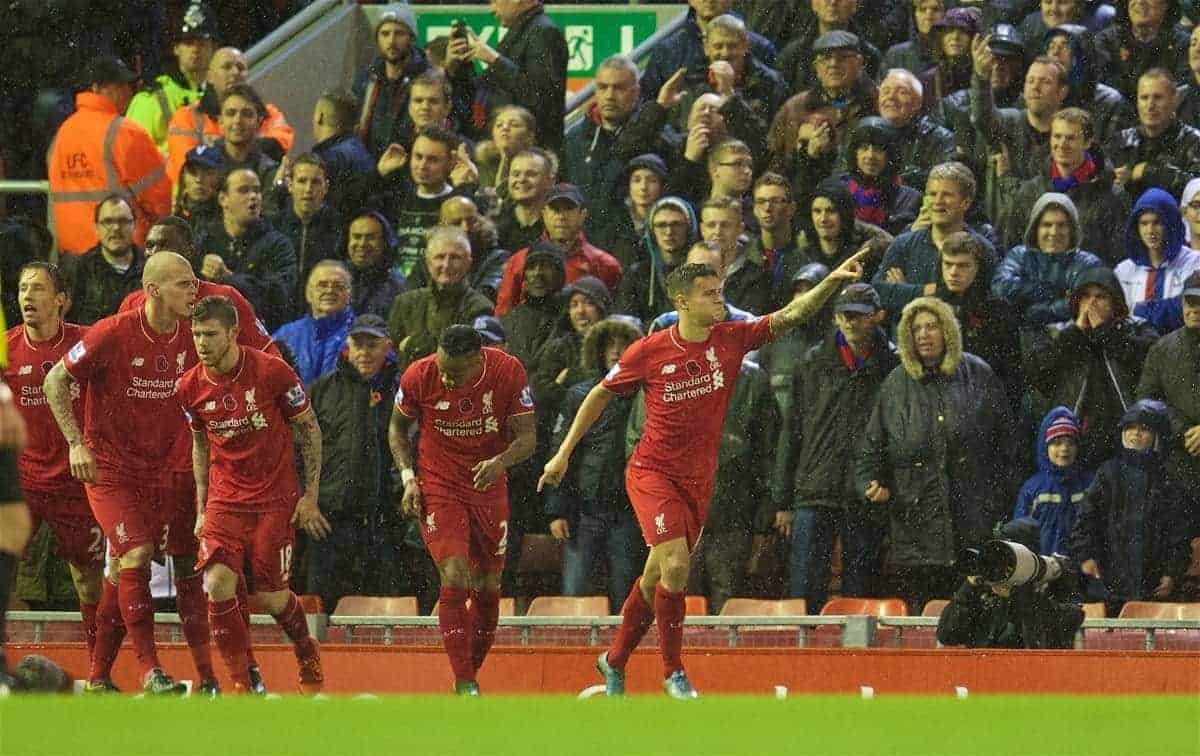 After a fairly quiet week in the football world, the Premier League returns this weekend. It feels like a long time ago that Liverpool last had a game, but in reality, it hasn’t even been seven days. That is what no midweek matches will do to you.

The 2-2 draw with West Brom was a dramatic but ultimately frustrating result for Jurgen Klopp and his side, and a response is needed at Watford on Sunday.

Man City‘s trip to Arsenal is the standout game of the weekend, but Everton and Southampton‘s home clashes with Leicester City and Tottenham Hotspur, respectively, also catch the eye.

Chelsea and Manchester United have must-win matches at home to Sunderland and Norwich City, while rock-bottom Aston Villa head to St. James’ Park to face an improving Newcastle United side.

This is just a taste of the action, with many intriguing tussles and numerous unpredictable scorelines on the horizon.

Here are five things we believe will happen in the next few days.

Arsenal to Dispatch of City

The Emirates showdown on Monday evening is one of the most important Premier League games of the season so far, with the two current favourites for the title doing battle.

Arsenal are full of confidence at present, and playing some eye-catching football, and they will really fancy their chances against an unpredictable City side.

Manuel Pellegrini’s side are capable of going to north London and winning comfortably, but they could lose heavily as well.

With key man Vincent Kompany still out injured, the Gunners will prevail on the night.

It will strengthen their title credentials in the process.

Lukaku and Mahrez Both to Score

Leicester‘s trip to Goodison Park has the potential to be a fascinating contest, with all eyes on whether the Foxes can continue their incredible 2015/16 campaign.

Romelu Lukaku and Riyad Mahrez are two of the most in-form players in the country right now, and they will likely play a big role on Saturday.

While Jamie Vardy will fail to hit the target for just the second time in 14 league matches, both Lukaku and Mahrez will score on the day.

It is a tough game to predict, but the unplayable duo will hog the headlines once again.

Saints vs. Spurs to be a Stalemate

Spurs will be desperate to bounce back from their shock home defeat to Newcastle last Sunday, while Southampton‘s season needs an injection of momentum.

Like so many Premier League games these days, this is a very tricky match to predict, but chances are it won’t be a classic.

Mauricio Pochettino’s men have conceded just 14 times in 16 league outings, with plenty of low-scoring matches along the way.

The Saints are also not the most expansive of teams at the moment, and this will be a turgid affair.

Remi Garde is still looking for his first win in the Aston Villa hot-seat, and his side are looking increasingly likely to be playing Championship football next season.

Six points from 16 matches, and just one win, represents an atrocious start to the season, and vast improvements are called for.

Many will expect Steve McClaren’s revitalised Newcastle team to pick up another three points against Villa on Sunday, but it won’t happen.

Garde’s men will produce a spirited performance, and while they may not return to Birmingham with all three points in the bag, they won’t suffer defeat.

Coutinho to Inspire Liverpool to Victory

We all know how important Philippe Coutinho is to this Liverpool side, and having him back fit again is a big boost for everyone associated with the Reds.

Having looked slightly off the pace against West Brom, and understandably so, the Brazilian should be fit and raring to go against Watford on Sunday lunchtime.

The 23-year-old is the creative hub of Klopp’s side, and with the likes of Christian Benteke and Roberto Firmino struggling for form, we need Coutinho to step up.

He will do exactly that, producing a big display that helps Liverpool earn a crucial victory.