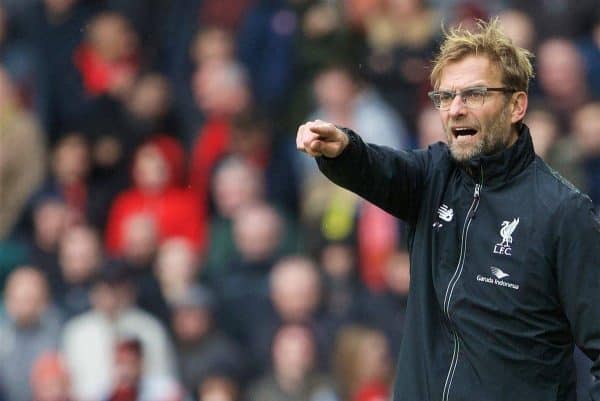 Liverpool boss Jurgen Klopp is in no doubt his players have plenty of talent and character but has expressed ahead of Wednesday's trip to Sunderland his eagerness for them to develop some consistency.

The Reds' 1-0 home win on Boxing Day against Leicester was their first in four Barclays Premier League games, and directly followed a 3-0 loss at Watford.

Since Klopp took over in October, Liverpool's record in the league shows four victories – including impressive triumphs at Chelsea and Manchester City – plus three draws and three defeats.

"Now the next station is Sunderland and we have to go there and be concentrated from the first second, like we were against Leicester.

"(It was) a really good start in that game – I was happy about this – and now we have to do it again.

"That's the thing. If we do this, then we can get results in a row. But it's no presents, we have to work for it."

Klopp, whose side are 10th in the table, has emphasised the importance of securing three points against Sunderland rather than trying to "show how football should be".

And he is confident his men will take the right mental approach as they face a side currently struggling in second-bottom place.

"Now we have to play against Sunderland and we don't want to go there and show how football should be," Klopp said.

"We'll go there and want to win – that's what we have to show.

"There's no reason to doubt the mentality of the team (or worry) that they'll maybe think 'it's only Sunderland' or anything like that. How I know them, nobody in the team is like this.

"It's unbelievable and you should take every one you can."

Liverpool are likely to be without striker Divock Origi for Wednesday's match.

Klopp has admitted it would take a "miracle" for Origi to recover from the hamstring injury he suffered during the Leicester contest and he is expected to join frontman Daniel Sturridge on the sidelines as he works his way back to match fitness from a similar problem.

Jordon Ibe has returned to training after illness and a late decision will be taken on his involvement, but fellow midfielder James Milner is still out with a calf injury.