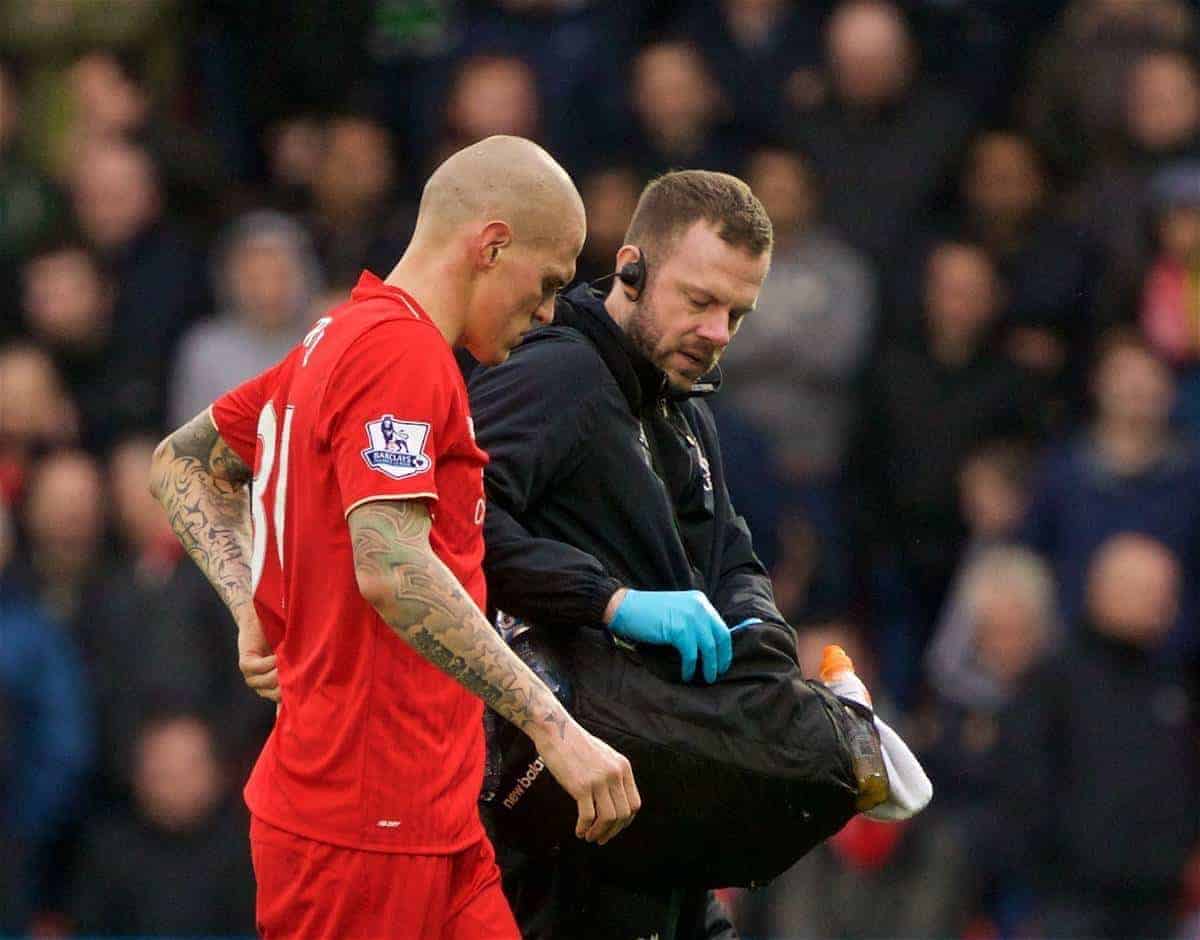 Martin Skrtel suffered a tear in his tendon and hamstring, and has confirmed that he will miss six weeks of action while he recovers.

The 31-year-old was withdrawn late into the first half in Sunday’s 3-0 defeat to Watford after a clash with Hornets captain Troy Deeney.

After suggestions that he would miss months with the resulting injury, Skrtel took to Instagram to confirm a less severe layoff—expecting to miss six weeks.

“After all rumours going around , I want to say the time I will spend on sideline won’t be three months,” he explained.

“After I suffered [a] tear in my hamstring and tendon I will be out for six weeks.

“I will work hard on my recovery and will do everything to come back as soon as possible and even stronger than before!

“Thanks for your support!”

While the news is better than expected, Skrtel’s injury will be another considerable blow to manager Jurgen Klopp, who is already without a number of key names this winter.

Skrtel joins fellow centre-backs Dejan Lovren and Joe Gomez on the treatment table, leaving Klopp with only Mamadou Sakho and Kolo Toure as natural options for the role in his first team.

Emre Can is able to deputise in a defensive role, while Lucas Leiva was deployed alongside Sakho after Skrtel’s withdrawal on Sunday.

The Slovak is likely to miss 11 games for the Reds, including both legs of the League Cup semi-final clash with Stoke City.

Whether Klopp will turn to the transfer market to address his lack of centre-back options remains to be seen, though a move for Schalke’s Joel Matip is unlikely until the summer.