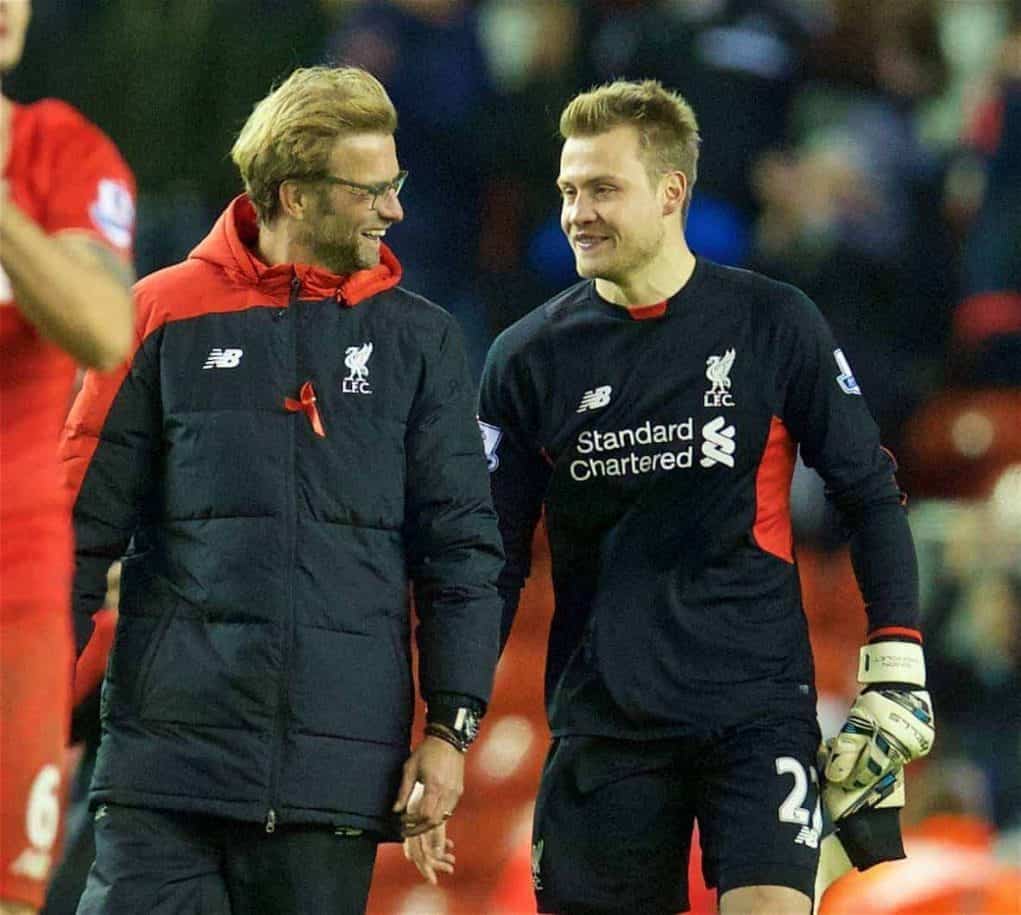 Jurgen Klopp has given his backing to Liverpool goalkeepers Simon Mignolet and Adam Bogdan, declaring that he “really trusts” goalkeeping coach John Achterberg.

Both Mignolet and Bogdan have received criticism for their performances this season, with mounting speculation that Mignolet could be replaced in forthcoming transfer windows.

However, after clarifying that “other people at the club” will confirm if and when Mignolet has received a contract extension, Klopp said he his content with the goalkeepers he has available.

“All of you can write what you want,” he told reporters on Thursday. “But in the end I’m fine with our goalies and I really trust in John Achterberg.

“He does a brilliant job here. He’s one of the hardest working people I’ve ever met — a goalkeeping coach working 25 hours a day. It’s good to work together with these guys.

“There’s no player in the world that doesn’t make faults, because of the game and situations within the game, but you need the right skills and readiness for getting better. That’s what we have in our squad.”

Mignolet kept 16 clean sheets in the Premier League in 2015, more than any other goalkeeper.