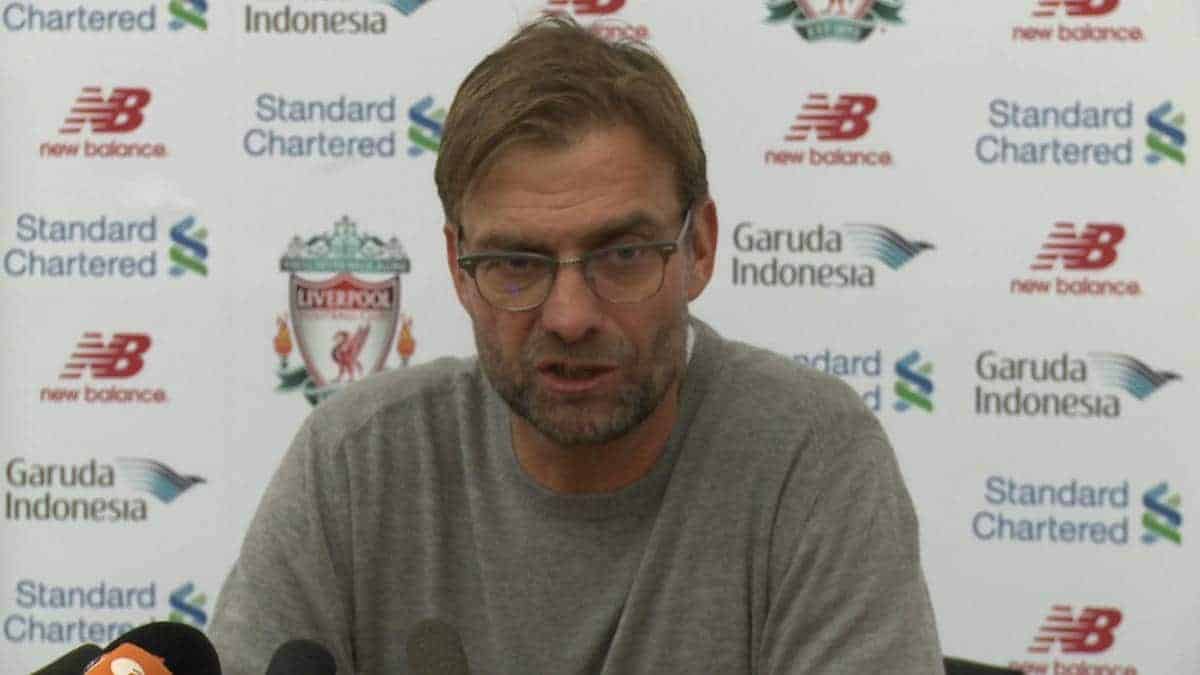 The Reds boss revealed that James Milner has picked up a calf injury, ruling him out of the game, while defender Dejan Lovren could return next week against Leicester City.

Klopp was also asked about the sacking of Jose Mourinho at Chelsea this week, and his exchange with West Brom Tony Pulis last weekend.

“I can easily say sorry for everything I said during the game because I am very emotional, I think Tony Pulis is similar, and there were a few words,” said the German. “We were very close together.

“For me it was not a big problem but it was very intense and after the game I wanted to go to my team. Really I forgot to shake hands. That’s all.”