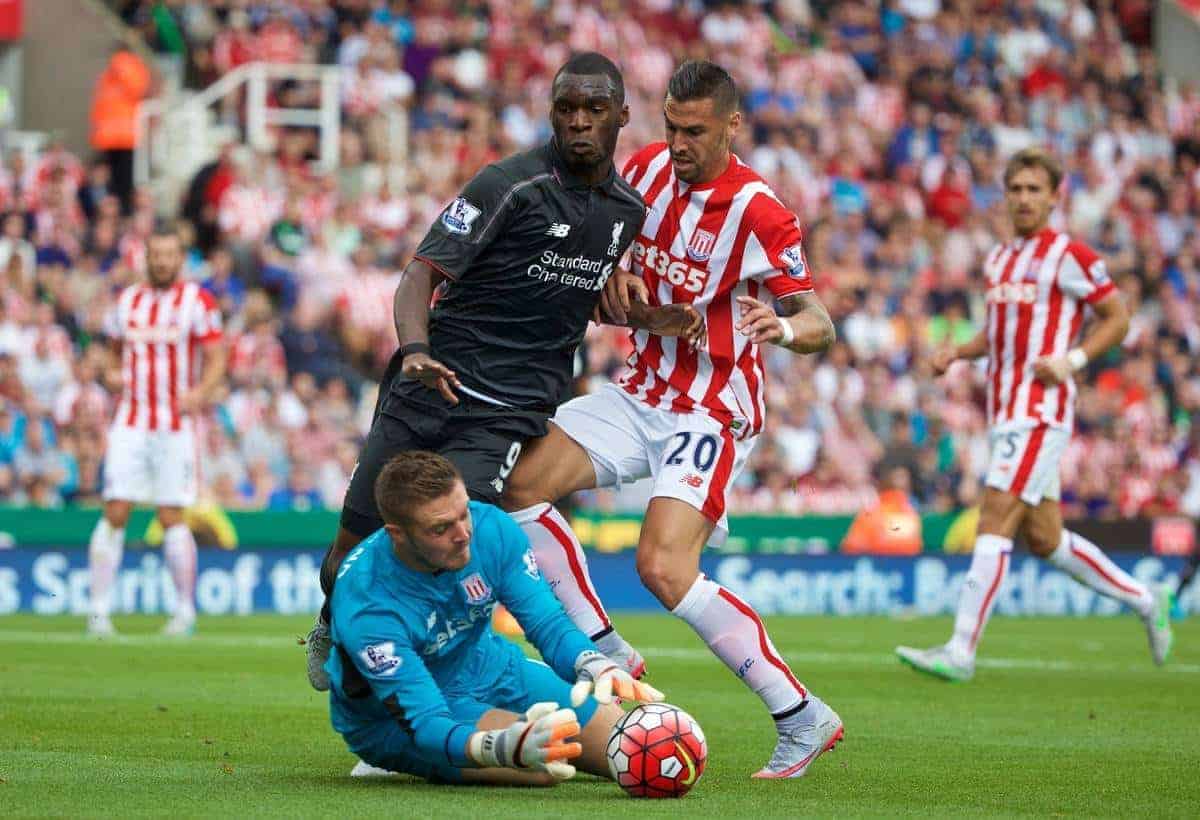 Jurgen Klopp’s Reds lock horns with Stoke in the League Cup final four on Tuesday night – we take a look at how the German could line up his side for the clash.

Liverpool turn their attentions back to their quest for League Cup glory when they take on Mark Hughes’ Stoke in the semi-final first leg at the Britannia Stadium.

The Reds are looking to respond to winning ways immediately after opening 2016 with defeat, but a difficult test is made even tougher with the on-going injury crisis giving Klopp the unenviable task of trying to keep the team fresh and much more competitive than in recent games.

Frustratingly for Klopp, who watched his side produce another pitiful performance at the weekend, the German has precious little options available to change his side.

With the opportunity to rest key men against Exeter next time out, the Reds boss could therefore name an unchanged XI in the hope those that failed at West Ham take responsibility on their shoulders and respond positively in a vital game.

Making no alterations to the side would see Liverpool line up like so on Tuesday night: Though his options are heavily restricted, Klopp could make some small adjustments to freshen up his team with the personnel at his disposal.

The same back four is set to remain, but in midfield, Allen could come in for the below-par Lucas to partner Emre Can, while Lallana can provide fresh legs in attack in place of the static Benteke, with Firmino then able to lead the line.

Those two changes could see the Reds line up like this come 8pm kick-off time at the Britannia Stadium: It’s time for the Reds to put a string of poor performances and indifferent results behind them, and step up to the big occasion with a trip to Wembley for a shot at cup glory just 180 minutes away.