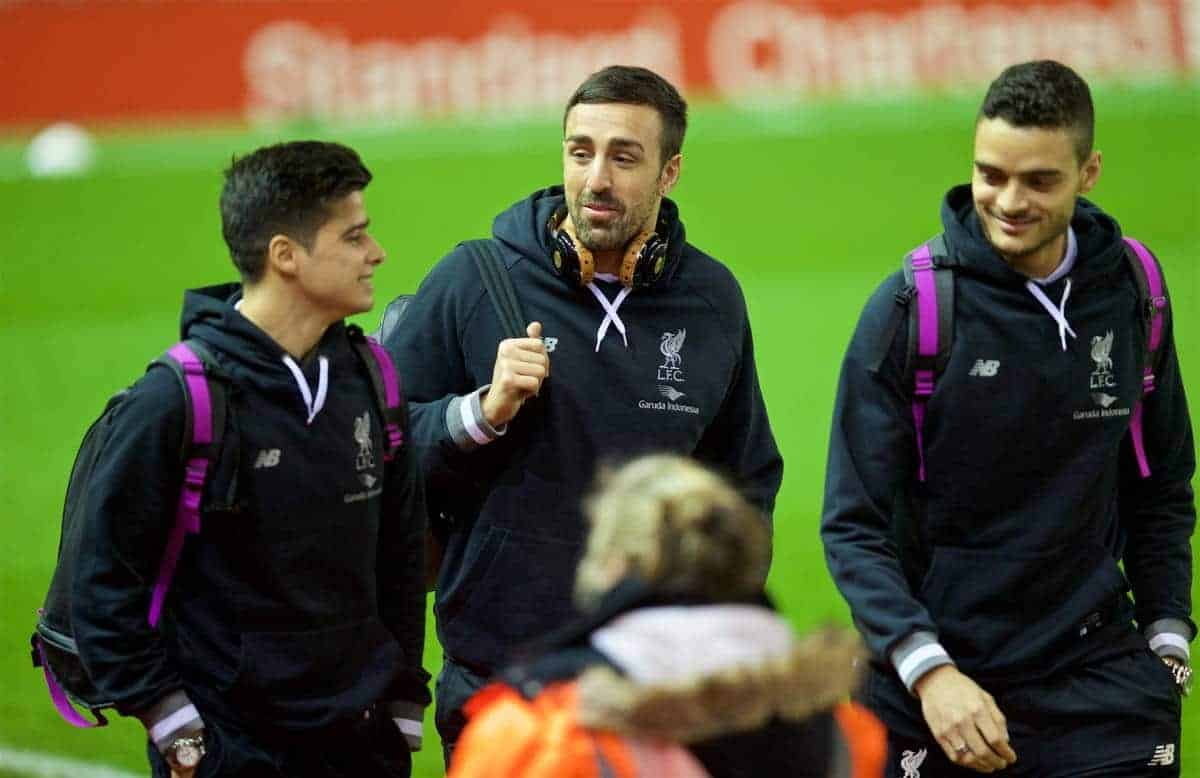 Jurgen Klopp offers another opportunity to Liverpool’s youngsters in tonight’s FA Cup third round replay against Exeter City at Anfield.

The Reds’ lineup features 10 changes from the side that lost to Man United at the weekend, with goalkeeper Simon Mignolet staying in place ahead of Adam Bogdan.

The only outfield changes from the side that faced Exeter a fortnight ago sees Joe Allen and Jordon Ibe replace Ryan Kent and Jerome Sinclair.

Bizarrely, Jose Enrique is named captain ahead of Mignolet and Allen.

Defender Jon Flanagan is named on the bench for the first time since May 2014.

Kick off at Anfield is 8pm GMT, live on BT Sports in the UK.