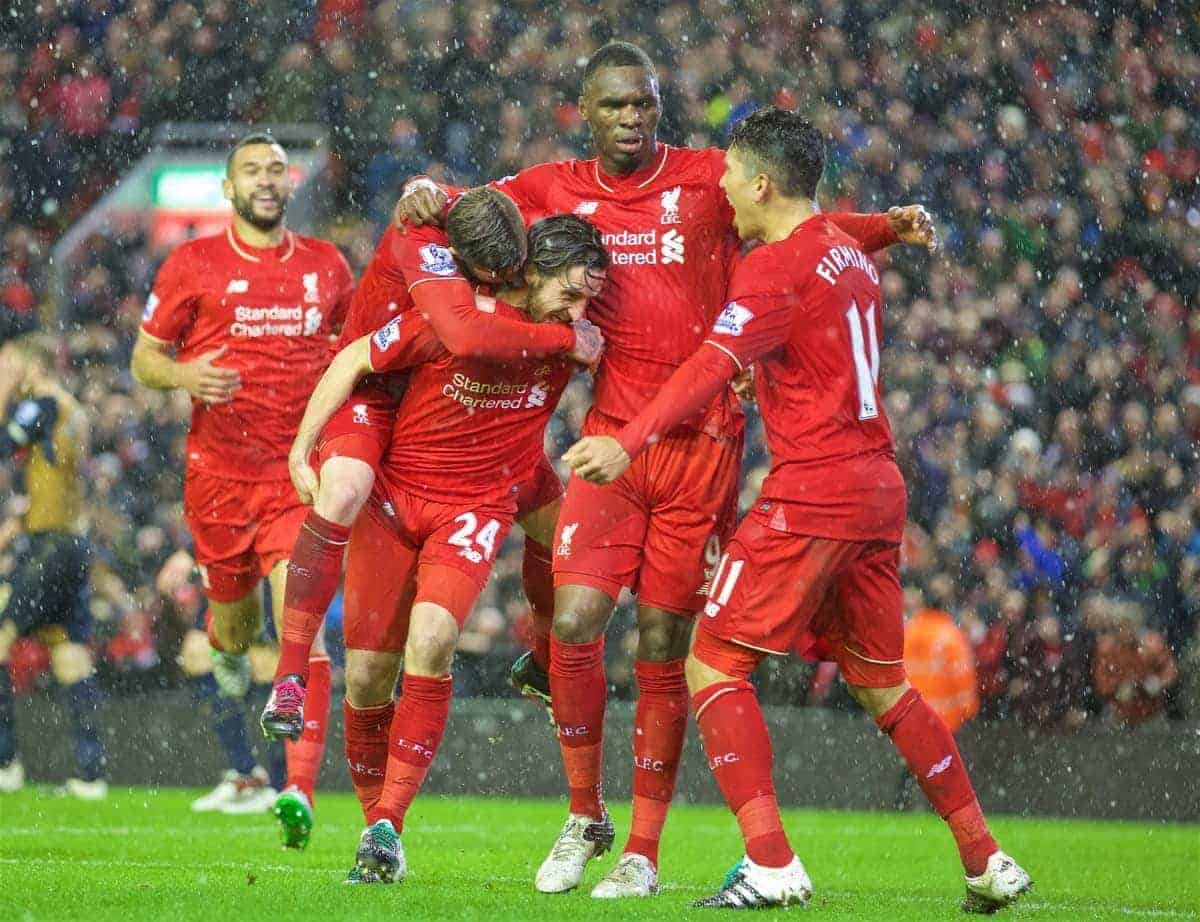 Liverpool played out a crazy 3-3 draw against the Gunners at Anfield on Wednesday night, and we round up the best social media reaction from during and after the game.

Well, what a game that was.

On a snowy night at Anfield, Jurgen Klopp’s Liverpool battled back to claim a hard-earned point thanks to Joe Allen’s last-minute volley that sent the Kop into raptures.

The Reds battled back after failing to hold the lead twice, with Olivier Giroud and Aaron Ramsey cancelling out Roberto Firmino’s superb brace, and Klopp can be pleased with the character his side showed against Arsene Wenger’s title favourites.

Here is how social media reacted to a bonkers night on Merseyside.

There was a welcome amount of positivity over Klopp’s team selection, with attention focussing on the return of Jordan Henderson and the dropping of Adam Bogdan in particular.

That lineup's cheered me right up. Get in Klopp – mind games a plenty. Love it!!! #LFC

That's a nice, strong Liverpool lineup considering recent issues. Nice to have Sakho and Henderson back, even better with Benteke out. #LFC

Anfield Cat on the forum said: “The line-up is stronger than I expected, good to see Henderson back, hopefully the heel problem is sorted now.”

As expected, Adam Bogdan has returned to the recording studio. Danny #Ward takes his rightful place as backup to #Mignolet. #LFC

There was plenty of praise for Firmino who sprung into life, hitting an excellent brace:

What golazo from firmino #YNWA

OH MY GOD! What a finish! More of that Firmino lad!

But the criticism was rife for Simon Mignolet, who fans felt should have done a lot better with both of Arsenal’s first half strikes:

Come on ref, head injury should be pulled back! Na, but a well worked goal from Arsenal, Mignolet could have done a bit better…

Another game and another goalkeeping mistake.

Mignolet is getting a new five year contract. I'd be surprised if he didn't fumble the pen while signing it.

Do you want Mignolet? @AberdeenFC

Late equalisers are always brilliant but when it's a Joe Allen volley from a Benteke knock down, absolutely love that.

With a point secured from a hugely entertaining game, fans gave their thoughts:

Match analysis: Some game of football, that.

The way we simply refused to give up there and kept pouring forwards until we got the goal was fantastic to watch.

Dutch on the forum said: “Lovely match, we should have won though”

Really enjoyed that. Good atmosphere, good goals, shit defending. Just the way we like it.

Nothing less than we deserved there. Outplayed Arsenal for long spells, especially first half. Never gave up and got our reward last minute.

Left it late, but there's no way we would have deserved to lose that game. We gifted them goals. Spirited comeback in the end. #LFC

Good effort from the lads tonight, deserved that late equaliser as they kept at it even when things were going badly.

Ends 3-3. Deserved point for the Reds who were excellent going forward, less so at the back/in goal. Cracking game.