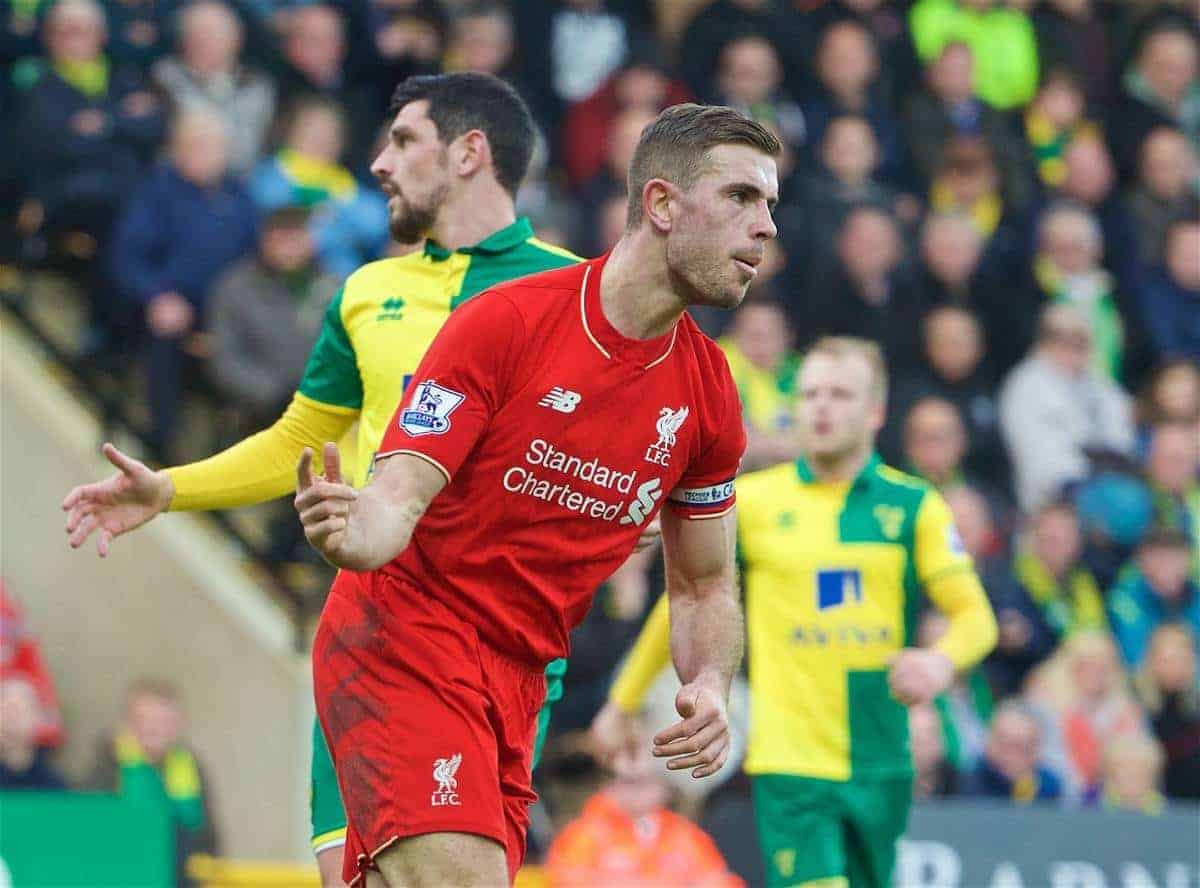 Liverpool captain Jordan Henderson has rubbished claims that the Reds’ recent injury woes are down to Jurgen Klopp‘s training sessions.

Liverpool have been dogged by injuries since Klopp’s arrival as manager in October, with hamstring issues proving particularly problematic.

Henderson believes the injuries have been far more to do with the relentlessness of Liverpool’s fixtures than anything, however, and says Klopp’s training sessions have not been as taxing as many have claimed.

“I don’t buy it at all, to be honest,” Henderson told the Daily Mail.

“All we do is tactical stuff. It is intense but I wouldn’t say it is intense on the body. It’s more mentally that [Klopp] tests you. He wants you to take on board what he wants from you tactically.

“He wants you to know exactly what he wants from you when he sends you on to the pitch. But I honestly don’t see how you could it is because of training that all those injuries have come about.

“We haven’t trained enough for them to happen.”

Henderson also discussed his role as skipper since replacing Steven Gerrard in the role, and admits he feels frustrated that his own injury troubles have prevented him from being as influential as he would like to be.

“You have to be aware of what is going on, not just for yourself but for your team-mates,” he continued.

“You have to know what is going on with them off the field. I haven’t been able to make the contribution to the team that I wanted.

“That has been the hardest thing to deal with. I don’t want to just be the captain off the field. I want to be captain on it, too.”

Finally, the 25-year-old spoke about Tuesday’s vital League Cup semi-final second-leg showdown with Stoke City at Anfield, saying a first trophy in four years at the club could prove priceless.

“This is crucial,” he said.

“Especially when you think of what happened against Aston Villa last season in the FA Cup semi-final. We didn’t do ourselves justice, by any means.

“It hurt. Not just because of the fact we lost [2-1] but because of the way we were beaten. We need to get back to Wembley and put that right. We want to taste what it feels like to win a trophy.”