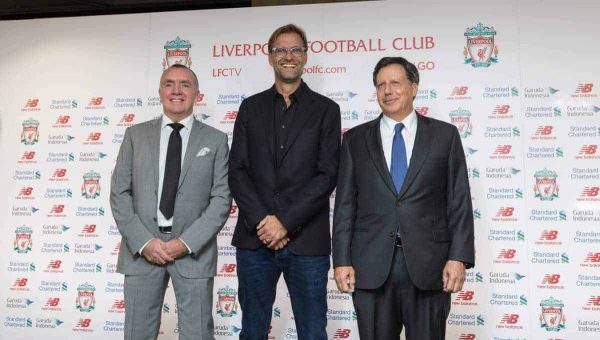 Jurgen Klopp: I have final say over Liverpool transfers

Liverpool manager Jurgen Klopp has reiterated his insistence he is in charge of transfers after predecessor Brendan Rodgers claimed players were forced upon him.

In an interview on Sunday Rodgers cited the example of Mario Balotelli, currently on loan at AC Milan after a poor debut season at Anfield, as a situation where he had no control over signings.

“He wasn’t someone I felt was suited or fitted the profile of what we were after but the ownership thought this is a £50million player that they can bring in for £16million. When the owners want you to go down that route and there are no other options, you give it a go,” he said.

Liverpool’s transfer committee, made up of the manager, members of the scouting department and senior management, has come in for much criticism after a raft of mediocre signings.

Klopp admits there are certain parameters within which he must work but was unequivocal on who has the final word.

“If I say, for example, we take Zlatan Ibrahimovic, who is 35, and we would have to pay £100million then maybe I should ask before I sign him,” he said.

“But it is as it is when I said on the first day I came here; it is like I used to work.

“Sometimes my staff and myself have an idea with a player we know or heard about and we collect some information about this.

There is no doubt Liverpool do need new recruits in the summer but goalkeeper will not be one of them after Simon Mignolet signed a new five-year contract.

The Belgium international is second only to Manchester City‘s Joe Hart in terms of clean sheets in the last couple of years but he has come in for criticism for a number of errors and unconvincing performances but none of that has worried Klopp.

“We will not have offered him a contract if we had the same thinking (as his critics) – a lot of people who speak about this situation always talk about new goalkeepers,” said the Reds boss.

“But when I came here I heard nothing negative about Simon with all the people I spoke to. There was nothing to criticise.

“There have been a lot of games since I have been here and he has been involved in one or the other goal we have conceded – as is normal with goalkeepers – but we thought about the package and Simon Mignolet is perfect.

“He is a smart guy, young enough to develop in the things he has to develop and he gives the whole team a good feeling when he is in the starting line-up.

“The result was we were sure we wanted to work with him for the next few years. We are satisfied with this position.”