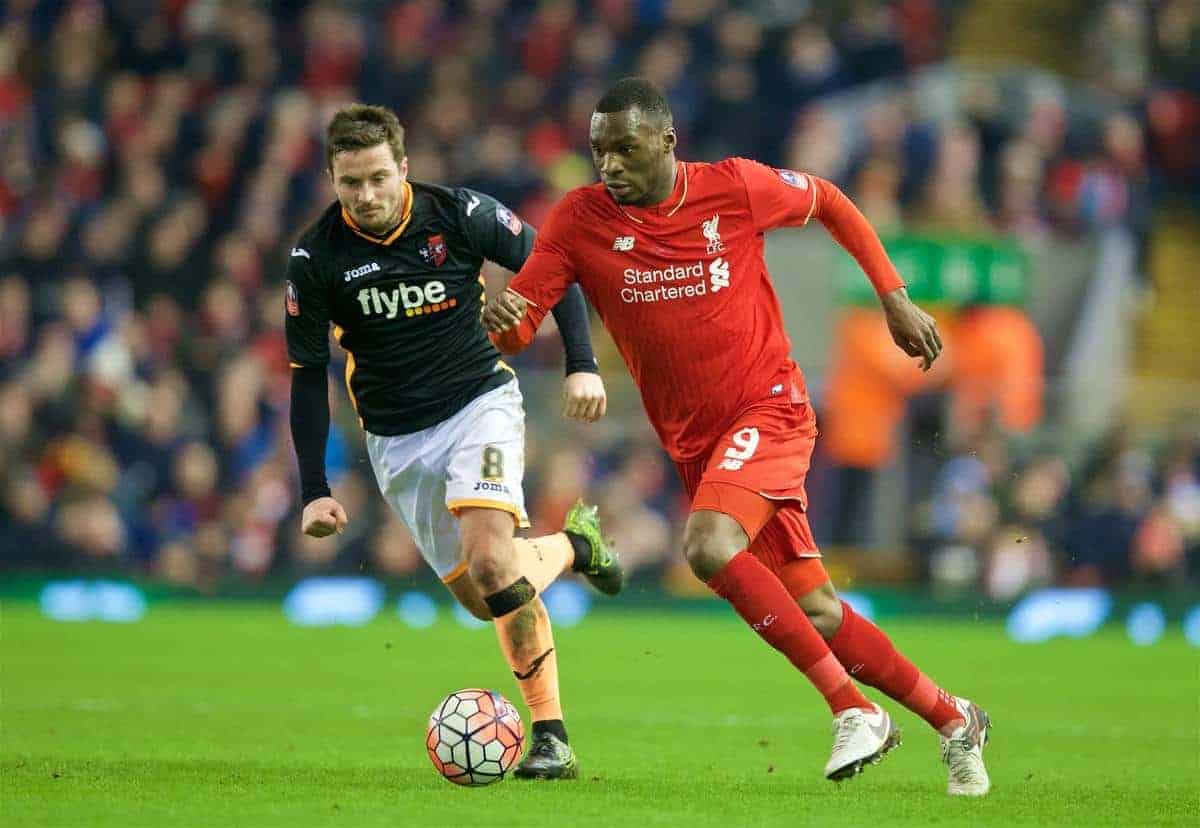 Jurgen Klopp praised Christian Benteke despite him going without a goal in Liverpool’s FA Cup win over Exeter.

The Belgian was one of the bigger names in Liverpool’s line-up for the third-round replay at Anfield, but goals eluded him as the League Two side were beaten 3-0.

Benteke’s position as Liverpool’s number nine has been questioned lately, but Klopp was happy with his man.

“I saw him after the game, he was in good shape,” Klopp told BT Sport.

“There were a lot of situations at the beginning of the game where the referee said Christian made a foul – it was not easy for him, but he got 92 minutes and that was important for me.

“It would have been good for him and us had he scored tonight, but he worked the spaces around the box well.

“Whenever a striker doesn’t score he’s not satisfied. That’s normal.”

West Ham await for Liverpool in round four – the Hammers have done the double over the Reds in the Barclays Premier League – and Klopp added: “We know the next opponent and we have to correct things after we didn’t play well and show we can play better against them.”