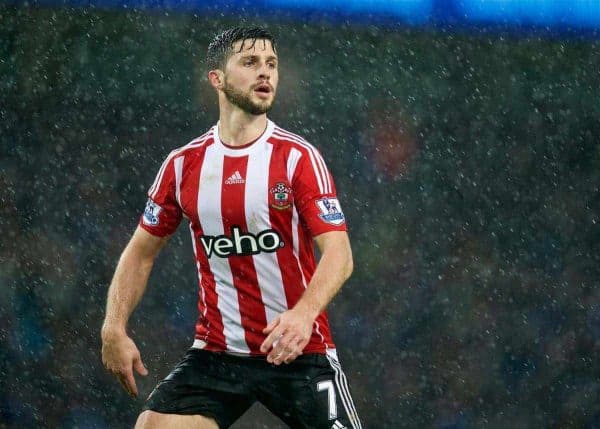 Jurgen Klopp could look to add to his attacking ranks this January, with the German said to be considering a move for Southampton forward Shane Long.

Following injuries to Danny Ings, Divock Origi and Daniel Sturridge, and question marks over the future of Christian Benteke in his forward line, Klopp could be in the market for a new striker this January.

According to reports in Ireland, the Reds are vying with Tottenham Hotspur to secure the signing of Southampton‘s Irish international, Long.

Whether Klopp would be interesting in a loan or a permanent transfer for the 28-year-old is unclear.

But having signed Steven Caulker on a short-term deal this January, another loan move would make sense, given Liverpool’s injury issues.

Ings has been ruled out for the season with an ACL injury, while Sturridge’s long-term fitness is questionable, with the No. 15 currently undergoing a “little pre-season” before he is risked in the first team.

Meanwhile, Origi has undergone knee surgery this January, ruling him out for a further month.

Benteke has struggled to adapt to Klopp’s tactical demands, and looks more suited to offering the 48-year-old a ‘plan B’, with Roberto Firmino currently representing Klopp’s most effective No. 9.

With Jerome Sinclair looking likely to leave the club either in January or the end of the season, signing Long would be a reasonable move.

The former Reading and West Bromwich Albion man is capable of operating on the flanks or as a main striker, and has previously expressed a desire to be fielded as a No. 9 at St. Mary’s.

Long’s pace, industry, movement and surprisingly strong aerial ability would endear him to Klopp, who would be looking for an all-round forward to add to his ranks.

As with Caulker, a short-term move for Long may be an underwhelming one this January, but it would make an ideal stopgap ahead of the summer.