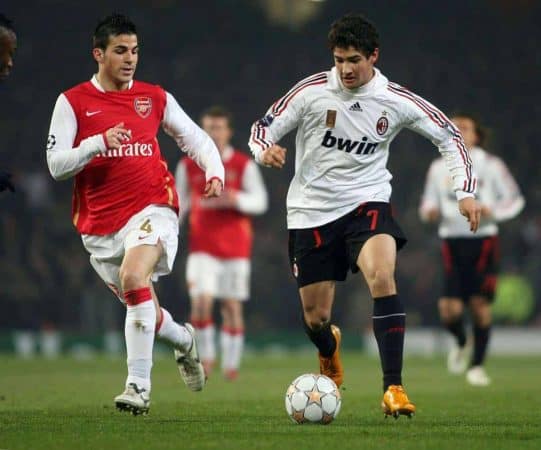 Liverpool boss Jurgen Klopp has told journalists he has no interest in signing former AC Milan forward Pato, advising them not to “follow the Pato path.”

Liverpool have been linked with a move for the Brazilian in recent weeks – rumours that have seemingly been instigated by Pato’s agent offering the 26-year-old to European clubs.

Determined to leave Corinthians this January, Pato has been touted around a number of clubs, but with the Reds struggling in the attacking department of late, speculation has mounted.

But asked whether he had any interest in signing Pato this January, Klopp dismissed reports.

“That’s my only private advice.”

While Klopp may have interest in adding to his squad this January beyond a clutch of returning loanees, that he has explicitly denied reports linking Liverpool with Pato is significant.

Klopp saw 19-year-old academy striker Jerome Sinclair score his first senior goal for the club away to Exeter City in the FA Cup third round on Friday night.

While Origi, Ings and Sturridge are all currently sidelined with injury, it would seem to be that Klopp has faith in the players at his disposal.

Quite rightly, Klopp is more focussed on reinforcing his defensive ranks, though the potential return of Mamadou Sakho from injury could halt the search for a short-term signing at centre-back.

Neven Subotic, Andrea Ranocchia and Joel Matip have all been linked with moves to Liverpool this January.

Only Matip represents an upgrade on the players within Klopp’s squad at present, so looking to build around a returning Sakho may be the wiser course of action.

Klopp has expressed a desire to avoid unnecessary spending this January, and any overhaul in terms of personnel is likely to come in the summer.

Pato’s agent will need to look elsewhere to secure his winter payday.