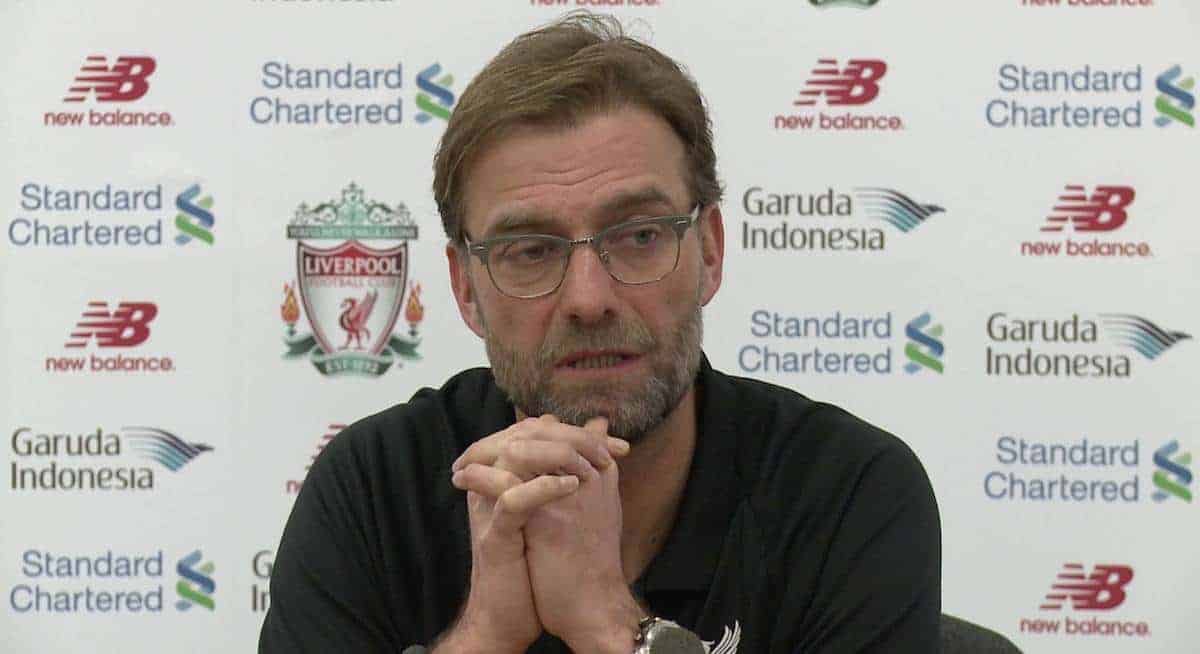 Klopp explained that midfielder Adam Lallana has a small muscle issue that makes him a doubt for the trip to Carrow Road, while much of the questioning revolved around potential signings and interest in Alex Teixeria.

The boss refused to comment directly on links to Teixeira, but did say the club will enter the market if a player can be found for the long-term future of the club.

Klopp explained that Daniel Sturridge had trained for four days in a row, but needs to make 10 days to begin training with the team again.

There were also discussions about Saturday’s opponents, Norwich, and on Christian Benteke, saying: “Everyone could see v Exeter he was involved in 2 of the 3 goals. He’s working hard. His attitude was really good.”