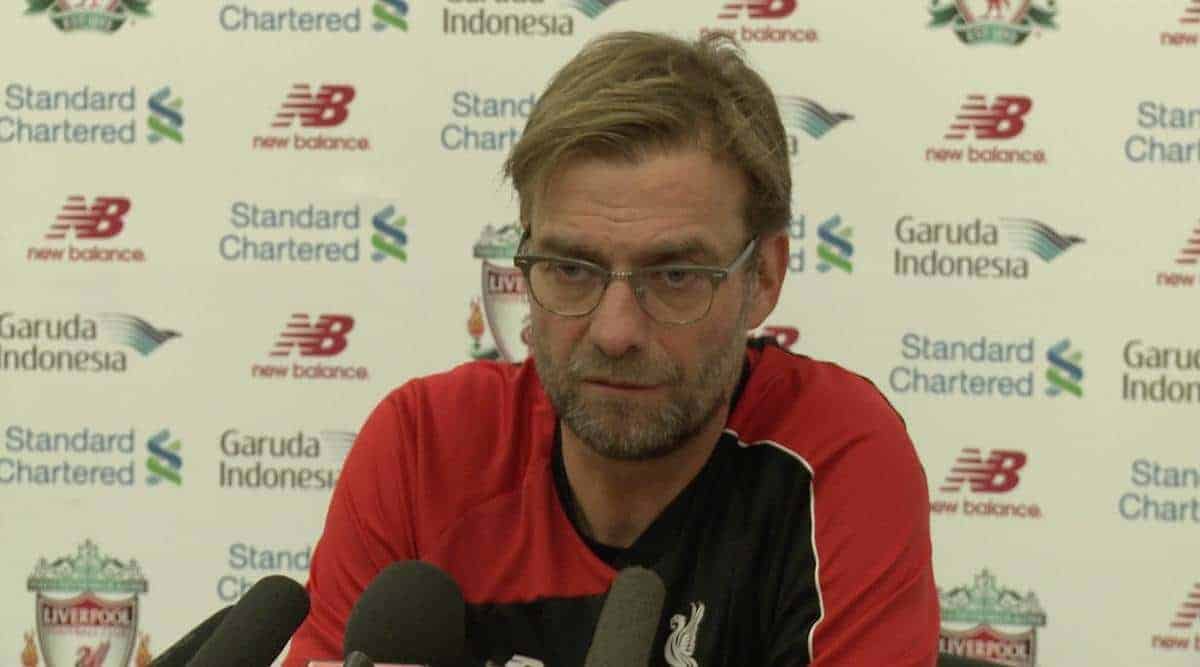 The Reds’ boss was complimentary of opponents Stoke City, saying they play good football and have many players he knows well. He spoke of the need to ensure Xherdan Shaqiri isn’t left one vs. one.

The boss also gave an update on injured players, with Daniel Sturridge and Jordan Henderson ruled out of the tie.

“Daniel had some problems, not serious, but he couldn’t make the next session,” Klopp explained.

Stoke City vs. Liverpool kicks off at 8pm on Tuesday night.