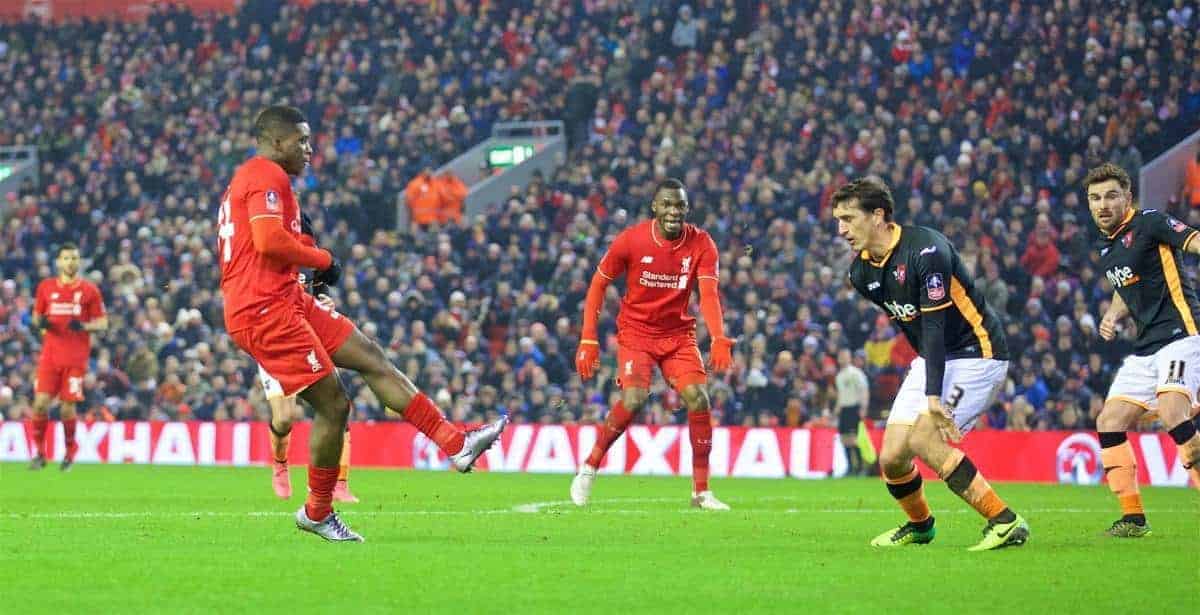 Watch high quality highlights of Liverpool’s 3-0 win against Exeter City in the FA Cup third round replay at Anfield.

With 10 changes made from the side that started against Man United three days earlier, and eight of the same outfield players who started the original tie against Exeter a fortnight ago, this was another very useful match for the Reds’ youngsters.

There were plenty of positives for Jurgen Klopp to take from the game, not least the performances of several youngsters – most notably Teixeira, Cameron Brannagan and Brad Smith. Winger Jordon Ibe also enjoyed a good second half showing.